Booking for : Cruise into Philippine shores

Whether your cruise ship docks in vibrant and historic Manila, in adventure-filled Laoag City, or the beaches of Puerto Princesa and Boracay, there’s always something new to see, discover, taste, and feel along the shores of the Philippines.

THE CITY OF MANILA

The capital city of the Philippines is as historic as it is alive. The moment you dock at Manila’s North Harbour Point, you’ll be able to quickly feel the palpable raw energy of the bayside city. It’s sprawling. It’s energetic. It’s Manila. 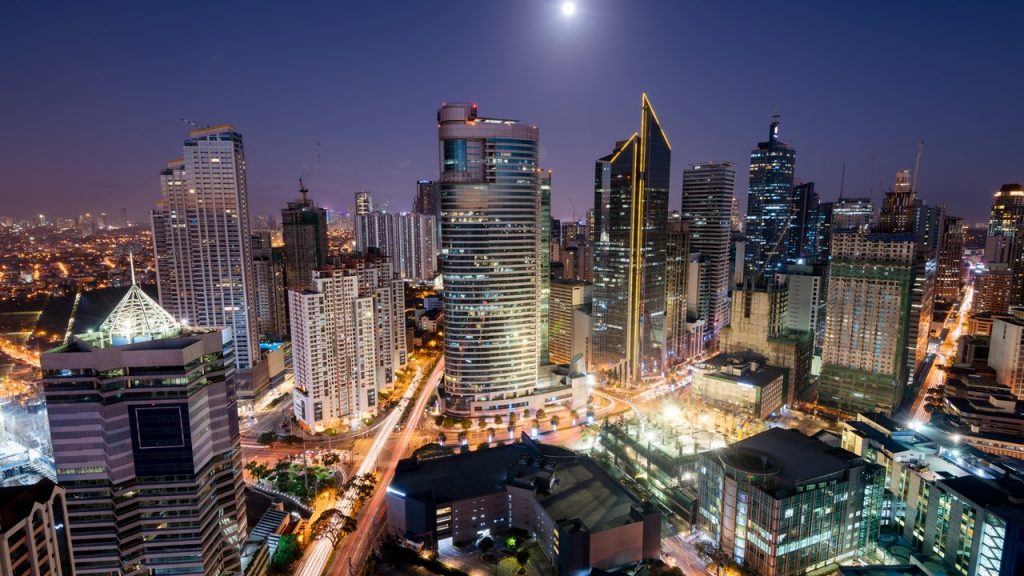 Your sightseeing tour begins at the financial district of Makati where glass towers and skyscrapers abound. Right in the heart of it is Manila’s first ever airport built in 1937, Nielson Tower, which still is operational to this day — only not as an airport, but as a posh, aviation-themed restaurant called Blackbird. 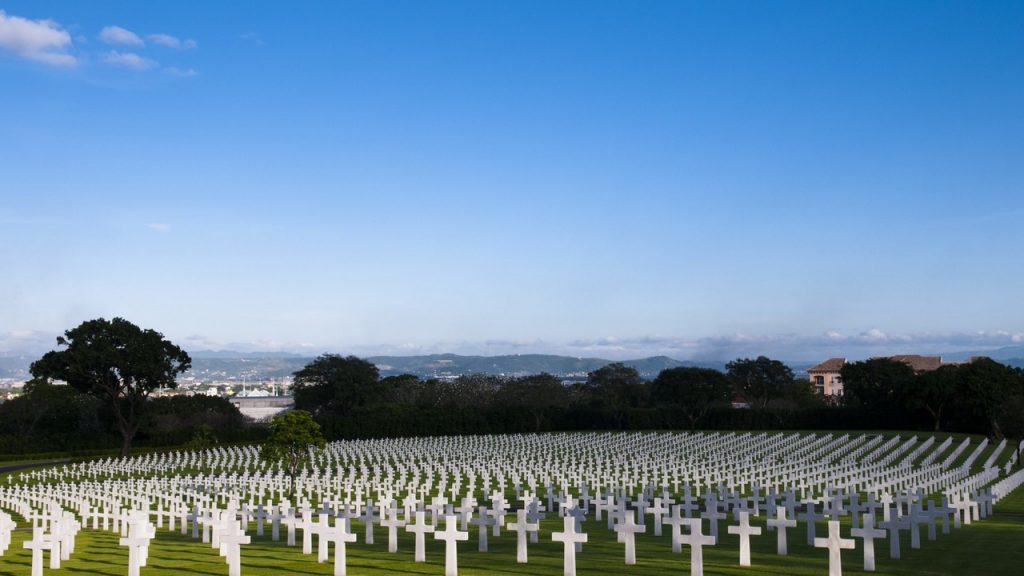 Continuing deeper into the city, you will find yourself in Forbes Park Village and along McKinley Avenue (dubbed Millionaire’s Row), the gateway to the famed Bonifacio Global City where you can dine and shop till you drop! Bonifacio Global City also houses the Manila American Cemetery and Memorial — the cemetery with the largest number of graves dedicated to US personnel killed during the Second World War in the world, numbering at 17,191 and covering 152 acres. 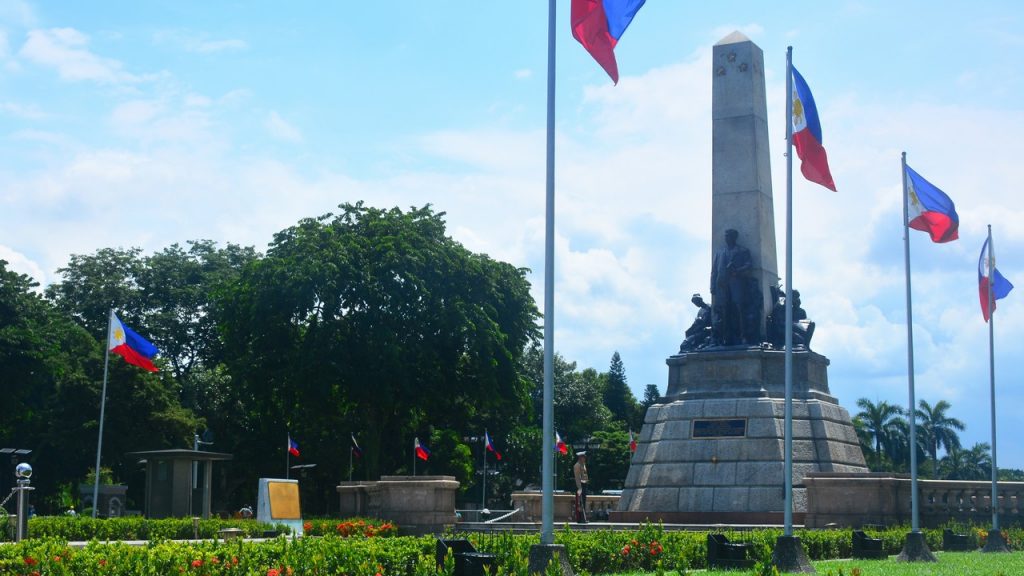 Behind all the craziness of the modern city, one can escape and travel back in time by going on a sightseeing tour of old, historic Manila. This sightseeing tour passes through scenic Roxas Boulevard, famous for its spectacular view of the Manila Bay sunset. Further down the boulevard is the beautiful Rizal Park, marked by the Rizal Monument where the remains of Dr. Jose Rizal,the Philippines’ National Hero lie. 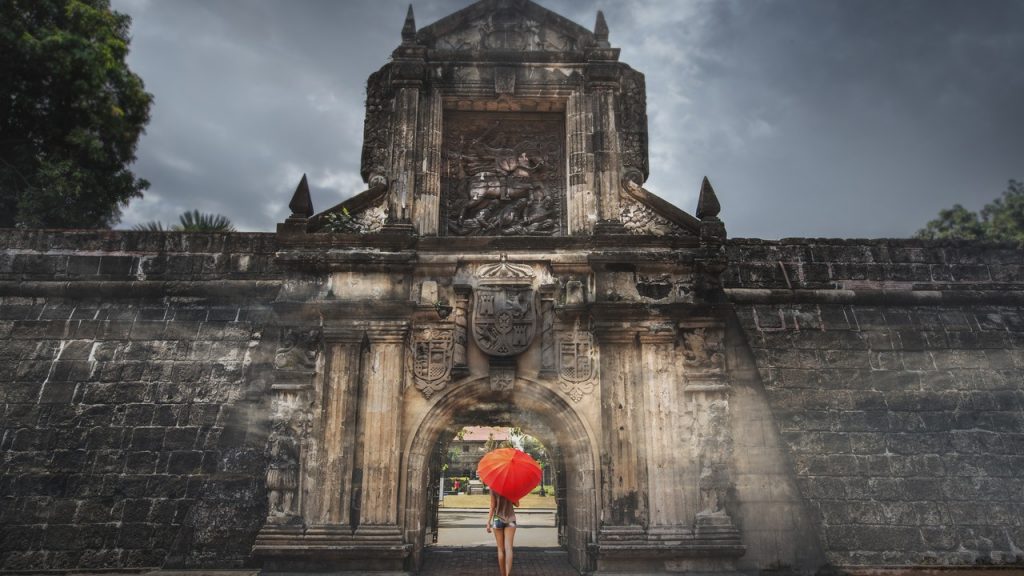 Your journey continues down into the historic cobblestone streets of the old “Walled City” of Manila called Intramuros. One will find in this ancient fortress San Agustin Church (a UNESCO world heritage site), the old 1590s Spanish fortress called Fort Santiago, and other relics of the Spanish conquistador era. The walls and attractions in Intramuros are marked by QR codes that you can scan for more information about their history. 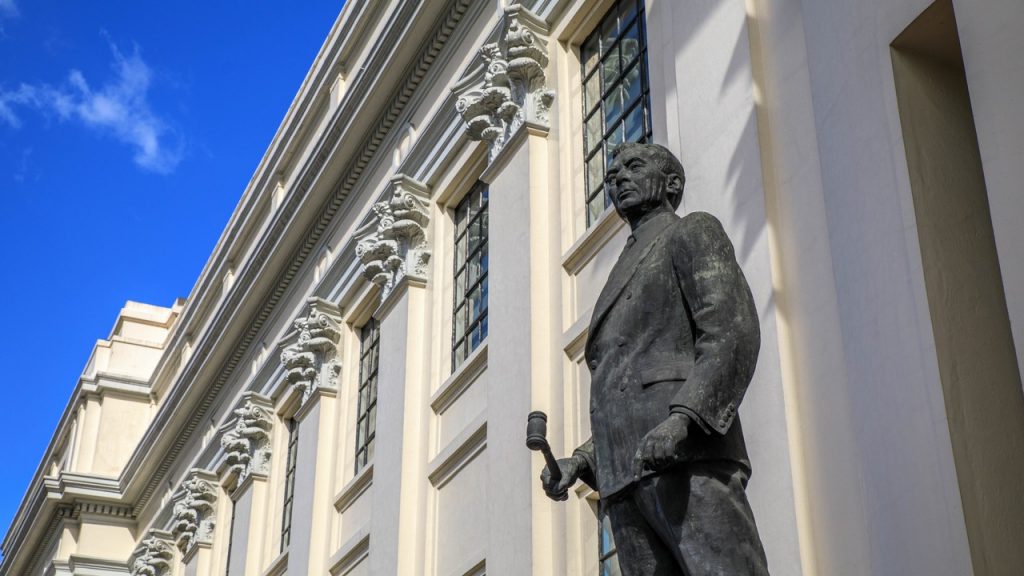 History junkies who need their fill of museums are also in luck in Manila. Three of the biggest in the country, the National Museum of the Philippines, Museum of the Filipino People, and the Metropolitan Museum of Manila, can be found right here. 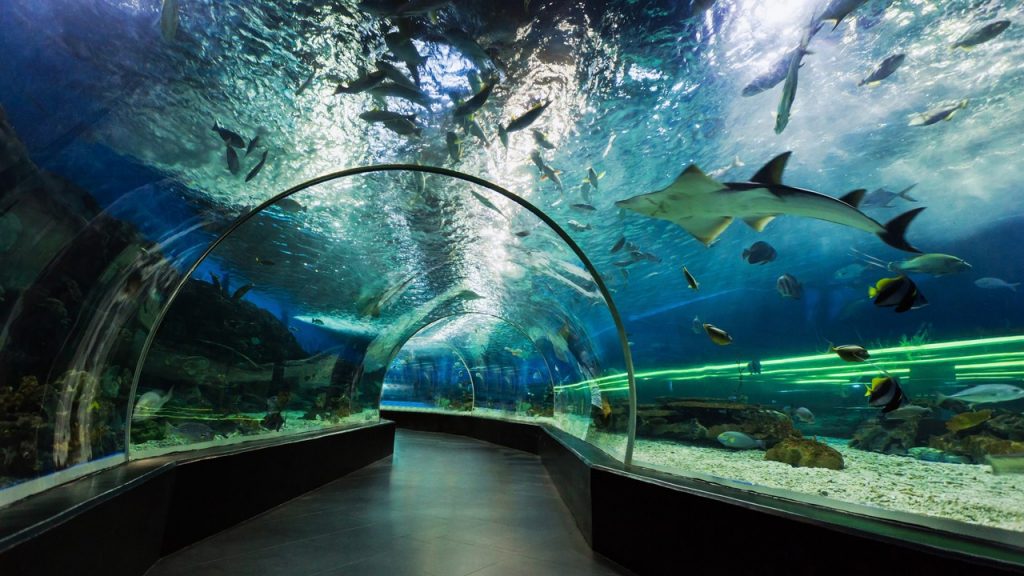 Discover the Philippines’ great flora and fauna right in the heart of the city. Manila is home to the Manila Zoo and Manila Ocean Park, as well as Arroceros Forest Park — an urban forest that houses thousands of local tree and plant species. 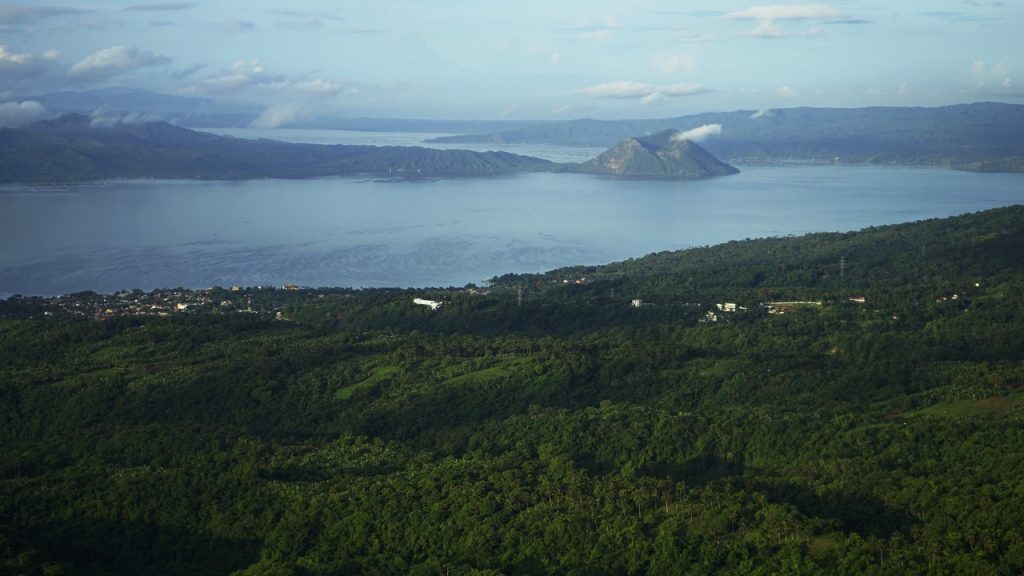 If an escape from the hustle and bustle of the city is what you’re looking for, shore excursion tours take guests to picturesque Tagaytay — a quiet, charming little city an hour and a half away from busy Manila. Tagaytay is famous for its cool weather and the Taal Lake, where Taal Volcano sits mightily right in the middle of. 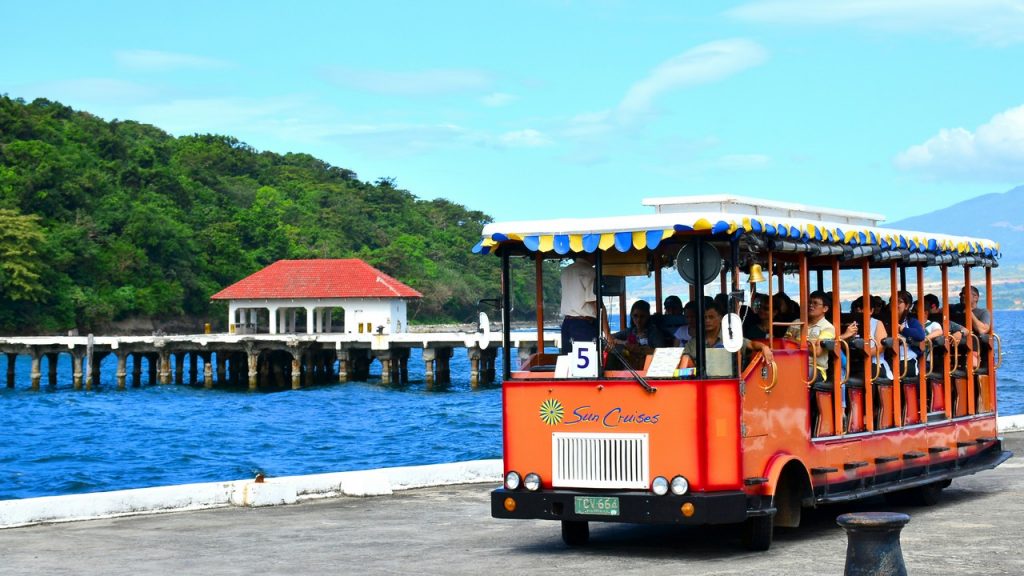 If you have more time in your hands, perhaps a visit to Corregidor Island is exactly what you need. This historic island served as a naval battle stronghold during World War II, and is now preserved to commemorate all those who’ve served during the war. Ruins of bombed out buildings, battery cannons, museums, memorials, and other WWII related attractions await visitors of Corregidor. 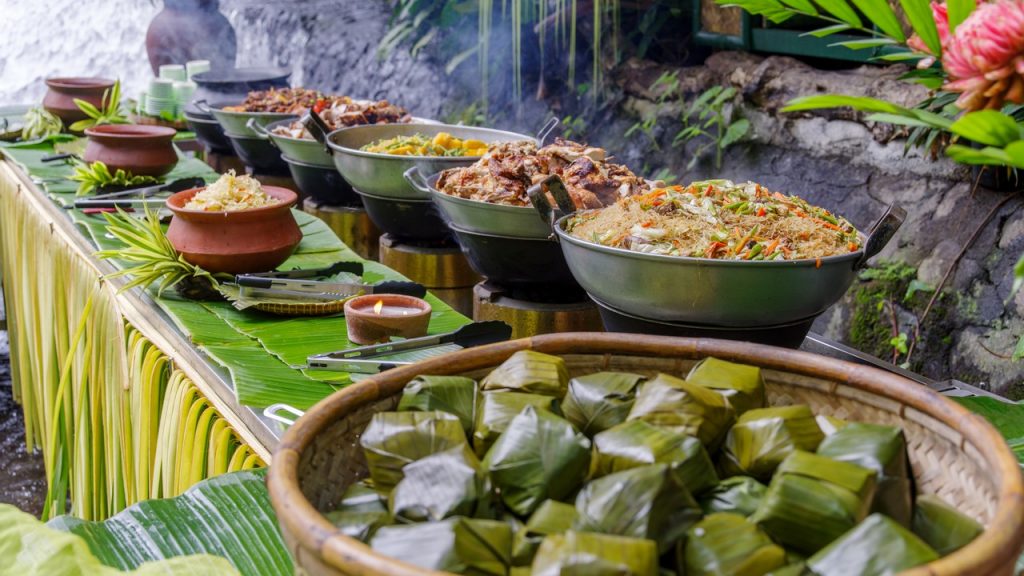 Manila isn’t only known for its sights, but also world famous for its tastes. Have a native Filipino lunch and sample the best of the best in Philippine cuisine at Balay Dako in Tagaytay, or a feast in Pampanga, the culinary capital of the Philippines, or perhaps a buffet at Guevarra’s by Chef Laudico in San Juan. And in between all those, sample Manila’s street food — there’s bound to be a street food vendor in every street corner.

After your stop in Manila, your cruise ship will likely be stopping next at the town of Laoag in Ilocos Norte — a likewise historic town in the northern parts of the Philippines. But more than its UNESCO recognized historic churches, Laoag is home to two types of surfing: the first involves a surfboard and crystal clear waters, and the second involves sandboards and the famous sand dunes of Paoay. 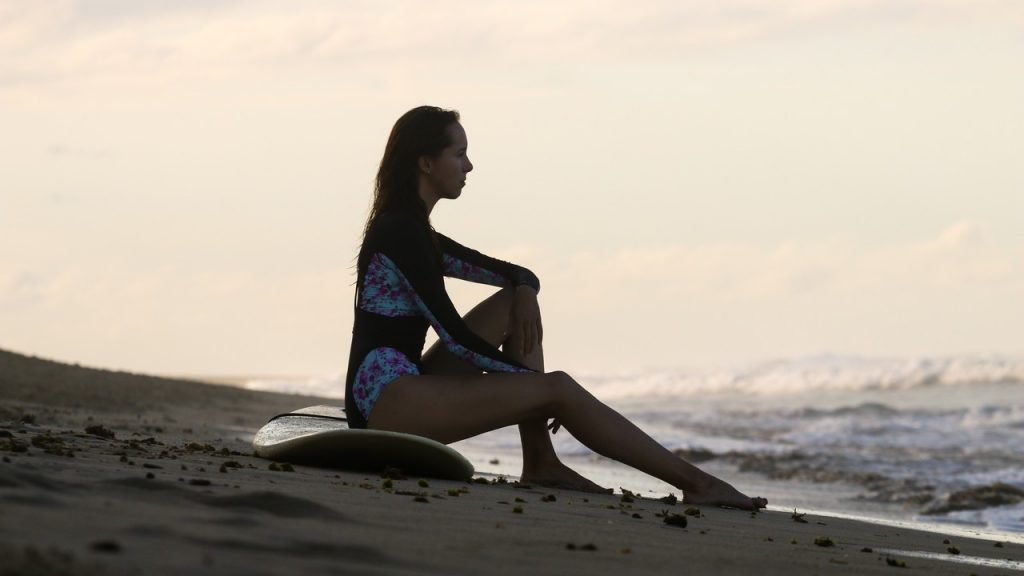 When in Ilocos Norte, you can take a few hours to head up towards Pagudpod where you will find a number of white sand beaches where you can spend a full day relaxing, drinking, and surfing. 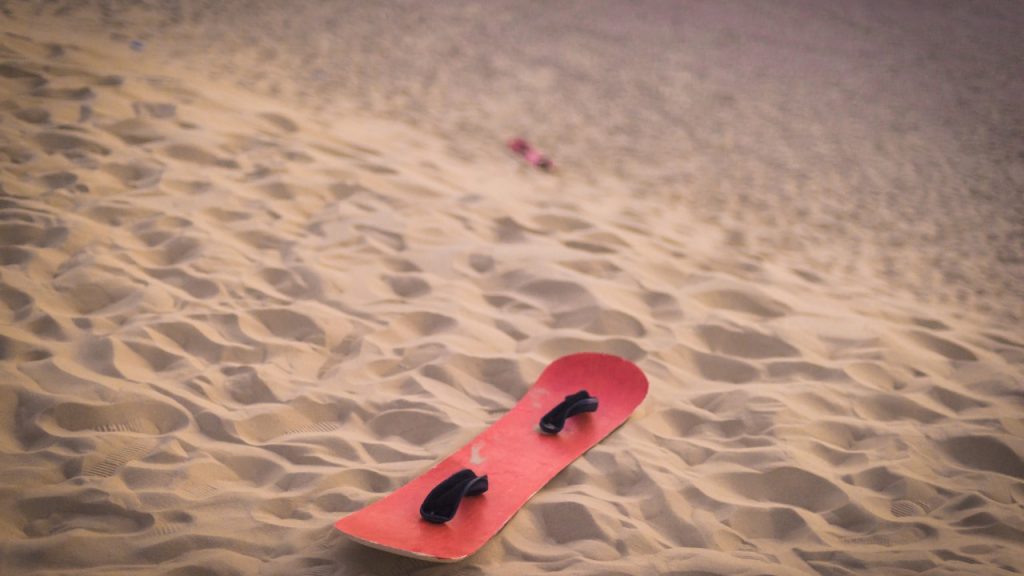 If a different kind of adventure is what you’re after, head to the sand dunes of Paoay where you can enjoy unlimited sun and miles and miles of sand. Popular activities here include ATV-ing, 4×4 driving, and sand surfing. FUN FACT: Mel Gibson’s Mad Max was shot right here in the famous sand dunes. 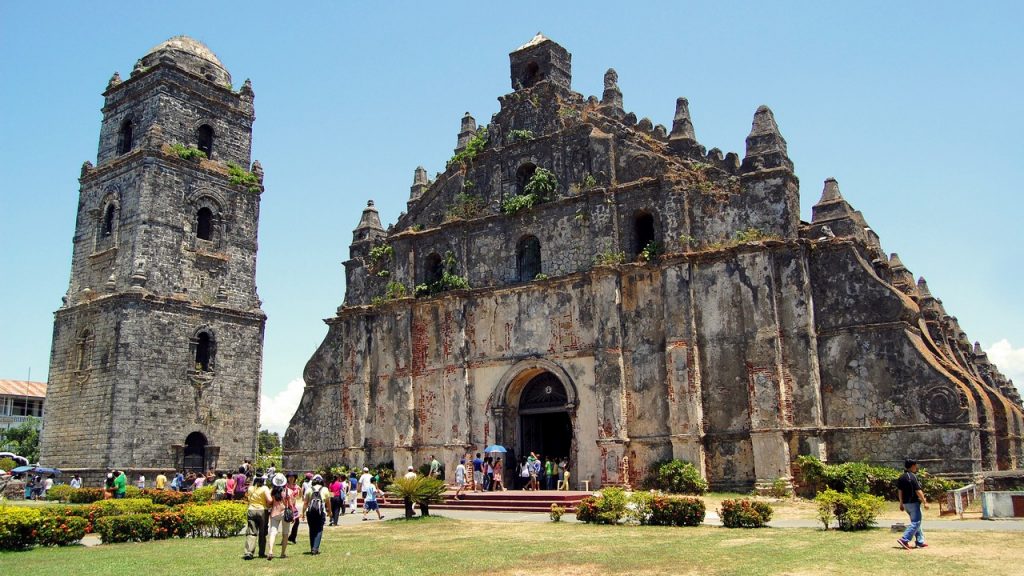 Of course, no visit to Laoag is ever complete without visiting Paoay Church, a UNESCO world heritage site, erected in 1593; as well as the enchanting Paoay Lake nearby. History buffs will love the richly historic city of Laoag which holds other attractions like the Marcos Museum, the Malacanan of the North, St. William’s Cathedral, the old Ilocos Norte Capitol, and the Sinking Bell Tower — a mysterious bell tower that is sinking into the ground at a rate of 1 inch per year. 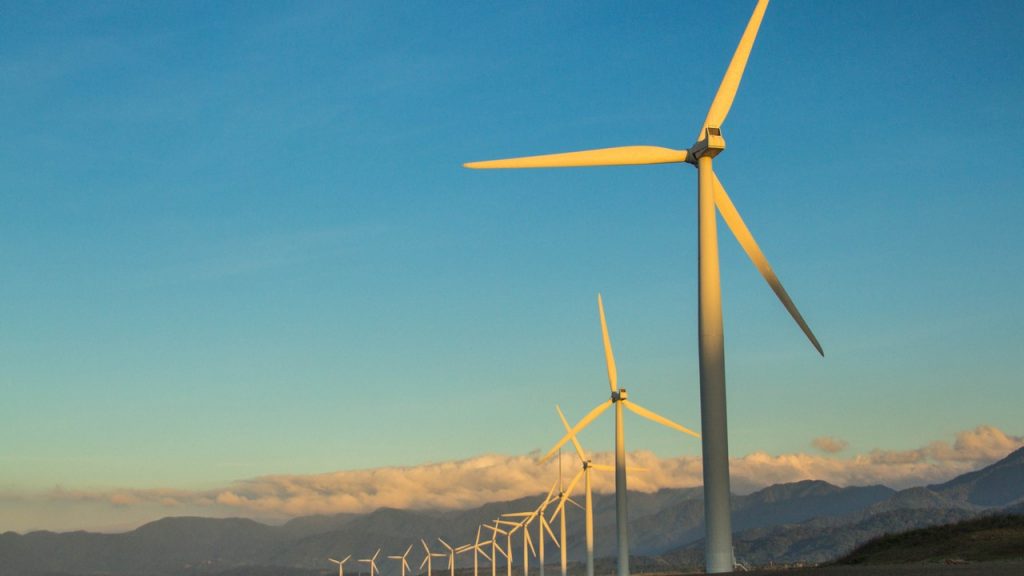 If you find yourself with more time to explore the city, make sure to make the Bangui Windmills and the Kapurpurawan Rock formations must-sees. 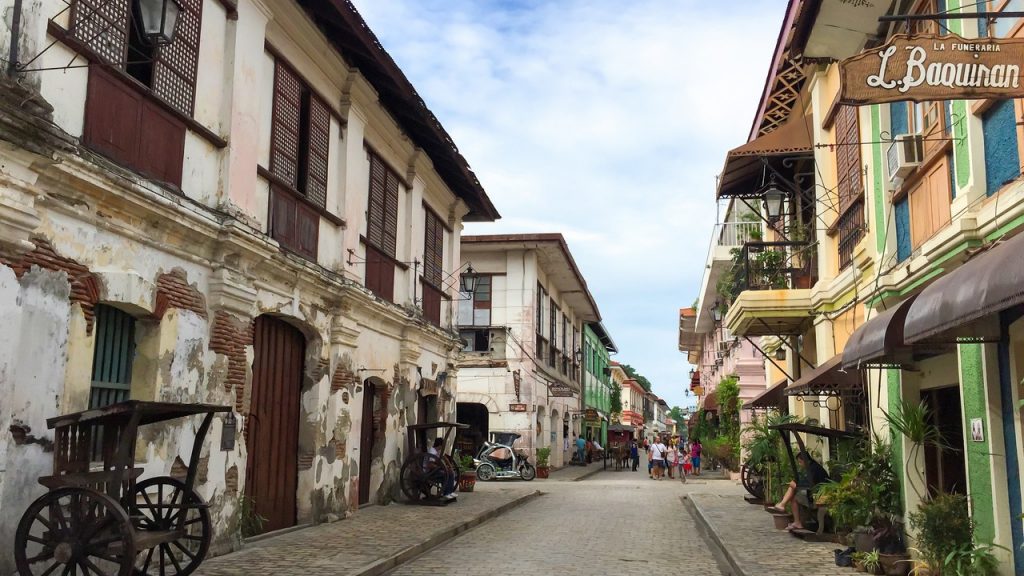 Visitors can also take a few-hours drive down south of Ilocos to the historic UNESCO world heritage town of Vigan where you will be transported back in time to when horse-drawn carriages trotted down Hispanic cobblestone streets. Along the famous Calle Crisologo where no cars are allowed, you will find many little shops that sell all sorts of finds like native food, handicrafts, souvenir items, among other curiosities. 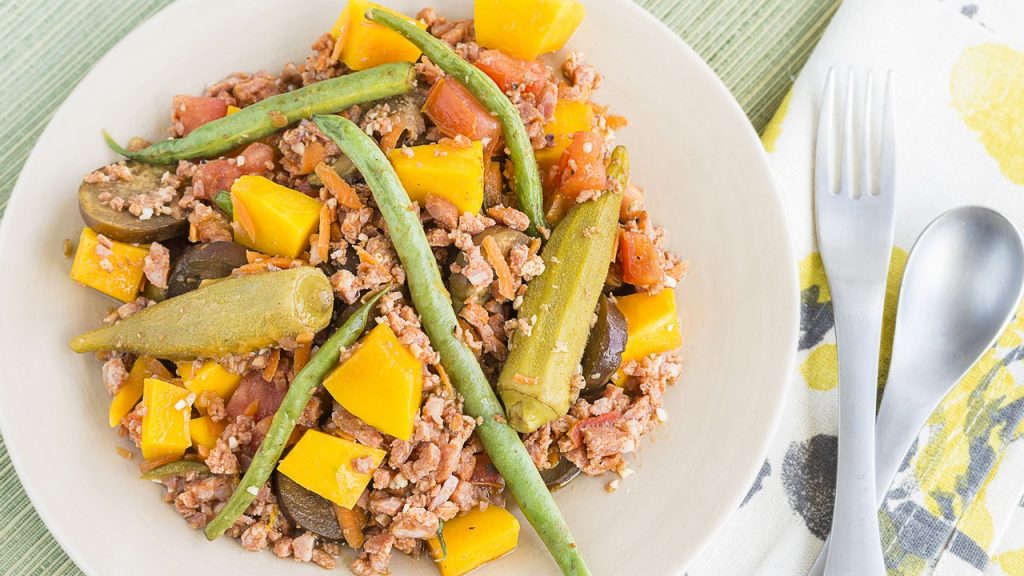 Of course, when in Ilocos, you can not leave its shores without first sampling its best contributions to Philippine cuisine, namely: bagnet (thrice-fried crispy pork), pakbet (sauteed mixed vegetables in fermented shrimp paste), and Ilocos empanada (signature orange pastry stuffed with papaya, egg, and garlicky pork sausage). Just sinking your teeth into these delicacies alone makes the trip to the region worth it.

If there’s one thing the Philippines is known for, it’s its beaches. And no cruise trip is complete without docking into the beach cities of Puerto Princesa and Boracay. 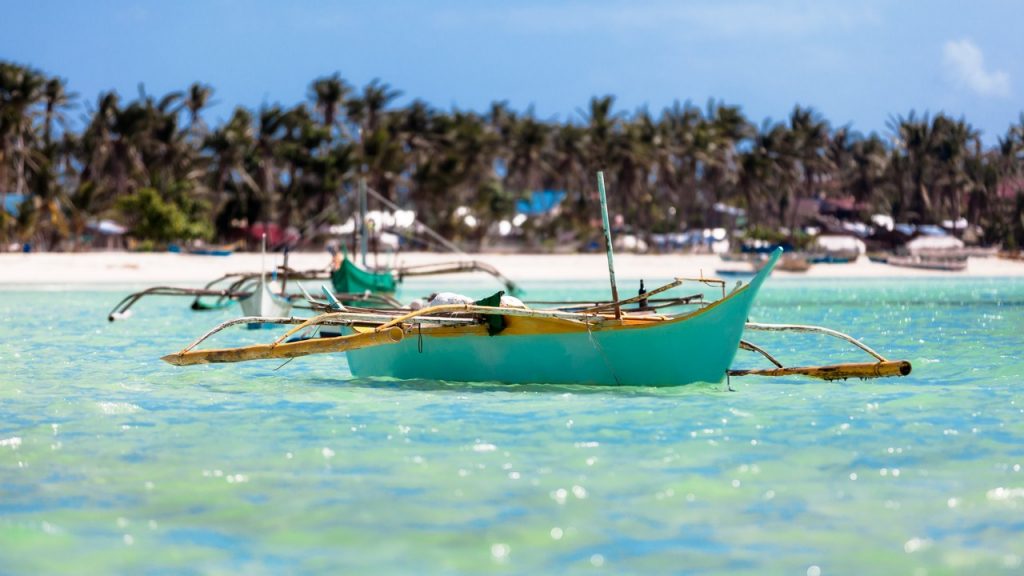 When in Puerto Princesa, just a quick 45-minute drive from the city proper takes you to the magical Honda Bay where a number of virgin islands are just waiting to be explored by its guests. A rental boat is your ticket to paradise here. For just 1,500 PHP, you now have access to untouched Pandan Island, Starfish Island, Cowrie Island, and Luli Island, just to name a few. 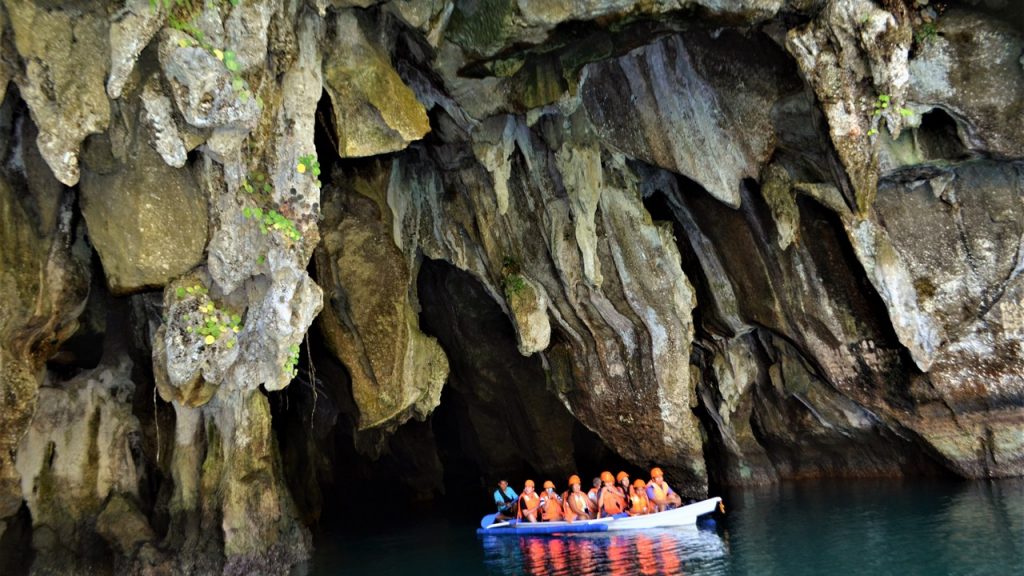 Of course, no trip to Puerto Princesa is complete without taking a boat ride inside the Subterranean Underground River National Park. Also known as the Underground River, it has been named one of the new 7 Wonders of the World and is a UNESCO world heritage site. Wildlife and unique rock formations line the 1.5 kilometer cave. 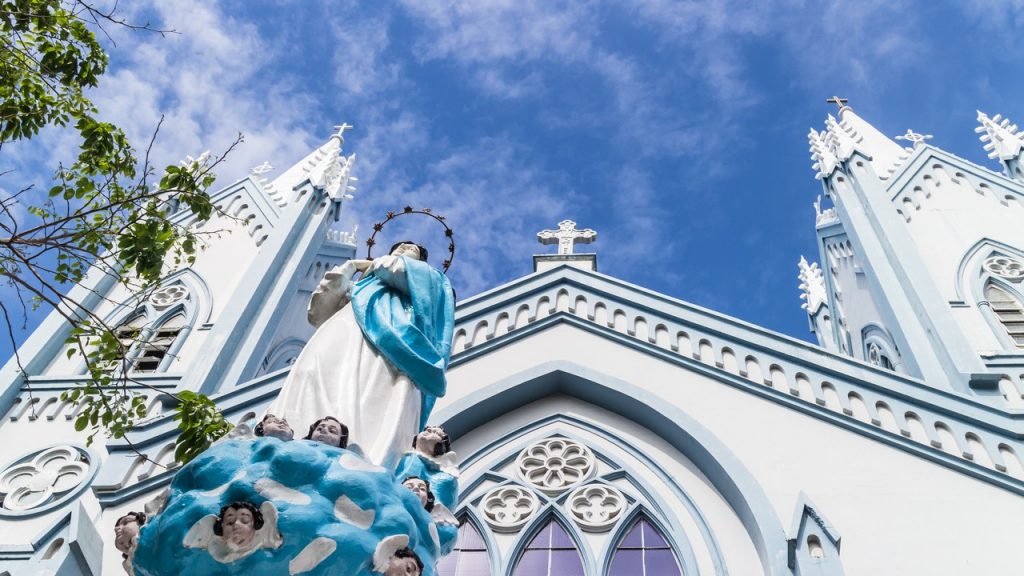 If you’d rather stick to staying on land, a half-day city tour of Puerto Princesa will certainly satisfy your sightseeing savvy. Start it off with a running tour of the Puerto Princesa Bay Walk, a solemn visit to Plaza Cuartel where 150 U.S. soldiers were burned alive by their Japanese counterparts during the war, the stunning Immaculate Conception Cathedral, the exciting Crocodile Farm, and Butterfly Garden. End your city tour at the Binuatan Weaving and Tiangge — a one stop shopping center for souvenir items. 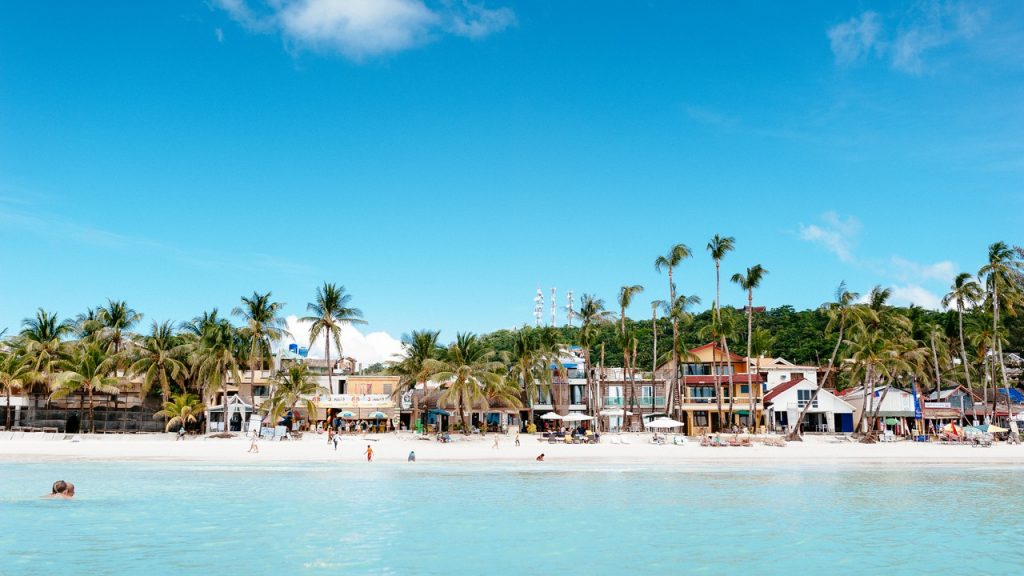 After your trip to Puerto Princesa, end your cruise at the island paradise of Boracay where beach parties happen from dusk till dawn. Here you can sit back, relax, and sink your toes in its white sands that go on as far as the eye can see, while enjoying a nice, ice-cold bottle of Pale Pilsen. 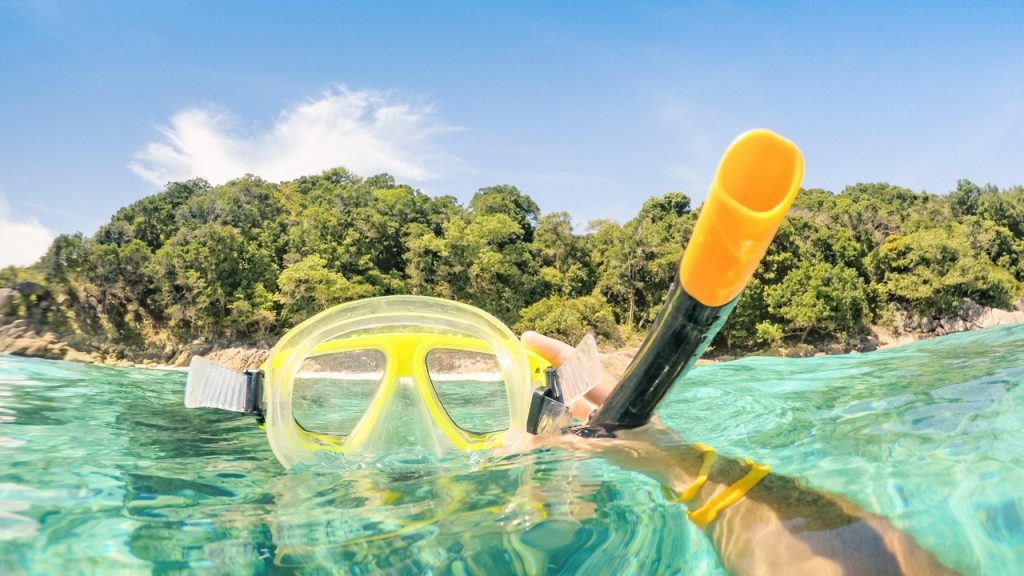 If you’re looking for a quick adventure, a Boracay island hopping package is exactly what you need. A rental boat grants you access to virgin beaches like Puka Beach, Crocodile Island, and Magic Island, home to hidden coves, hollow caves, and towering limestone cliffs. A snorkel or a dive amidst aquatic life and sprawling reefs in its waters will make any trip to these parts worth it. 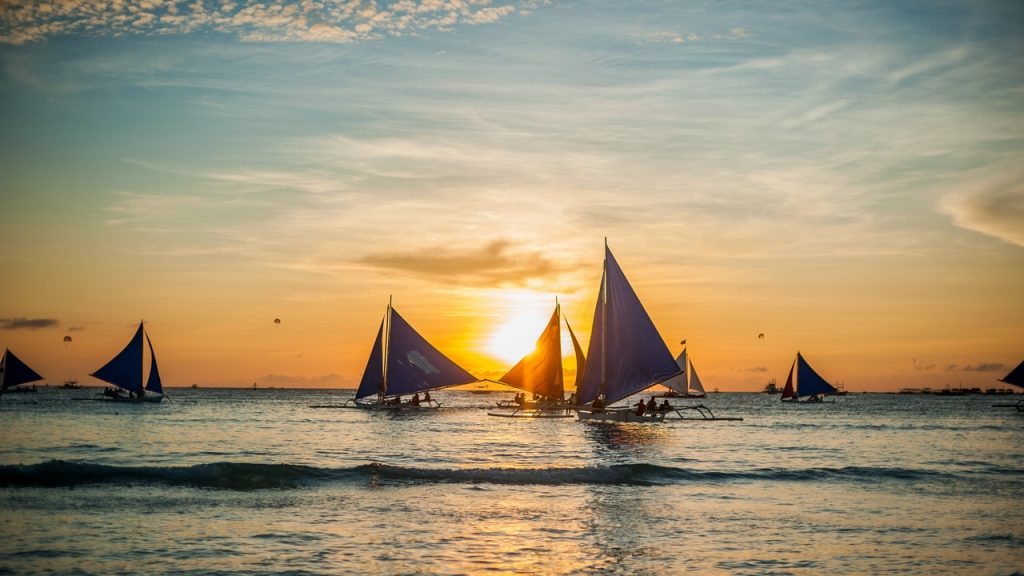 End the day with Boracay’s world famous sunset. As you breath in the sea breeze, you quietly tell yourself, “ah, this is paradise.”