There’s always something new to discover in the Philippines. But with such a rich history, discovering the old is just as exciting. Let us take you through a brief crash course throughout history starting from pre-colonial Philippines.

Your tour begins in beautiful Rizal Park in the heart of Manila where you will find two of the Philippines’ biggest museums: the National Museum and the Museum of Natural History. These two museums hold many stories that tell the origins of the Philippines, its artifacts, artworks, and so much more. You will easily spend a full day in here and leave with a lot of insights. And the best part, entrance to the museum is free for everyone, both locals and foreigners. 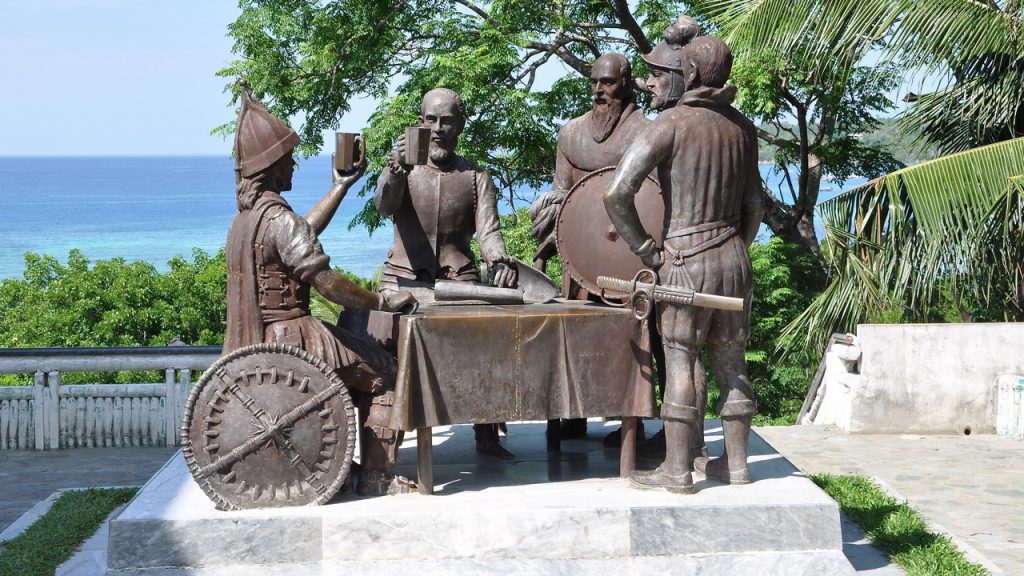 The Sandugo (one blood) blood compact site in Bohol commemorates the first treaty of friendship between the native Filipinos and the Spaniards led by Miguel Lopez de Legazpi in 1565. The blood compact welcomes the Spaniards to the islands not as invaders, but as friends to the natives. A very important piece of Philippine history that marked the beginning of a 333-year long relationship between the Kingdom of Spain and the islands now known as the Philippines. And so, as they say, the rest is history. 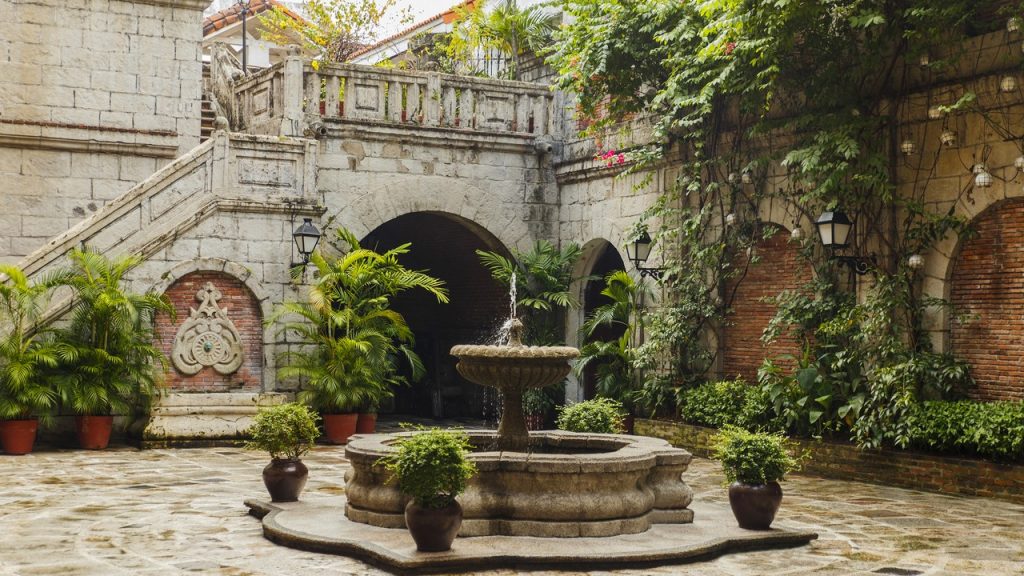 Centuries of Spanish rule give the Philippines a unique Spanish vibe that stands out from its neighboring countries in the ASEAN region. This is most evident in the capital of the Philippines, Manila; and right in the heart of it is the famous “walled city” called Intramuros. Built in the late 1500s for the Spaniards, Intramuros now stands as one of the most visited historical attractions in the Philippines. 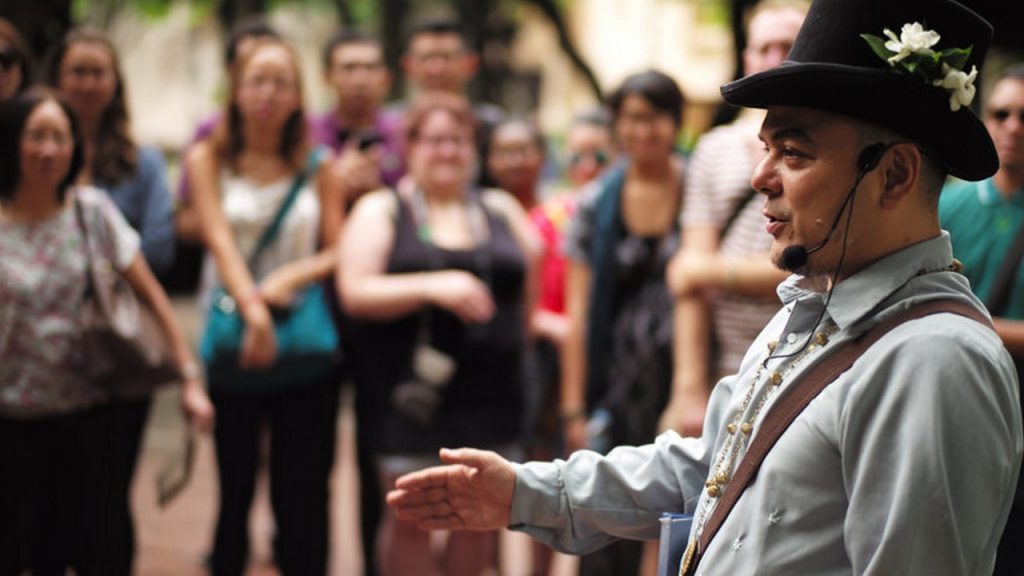 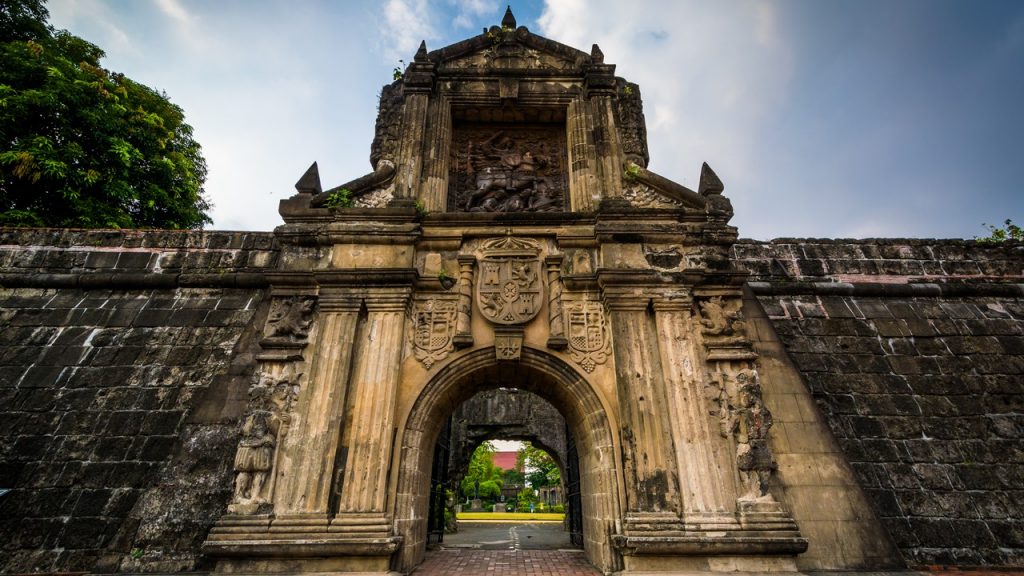 Inside Intramuros, you will find the majestic Fort Santiago. It served as the old Hispanic stone fortress and is also where the Philippines’ National Hero, Jose Rizal, spent his final days in just before his execution for rebellion against the Kingdom of Spain. In here you will find old theaters, dungeons, and gardens. Whip out your phones and scan QR codes that line its walls to learn more about this historic site. 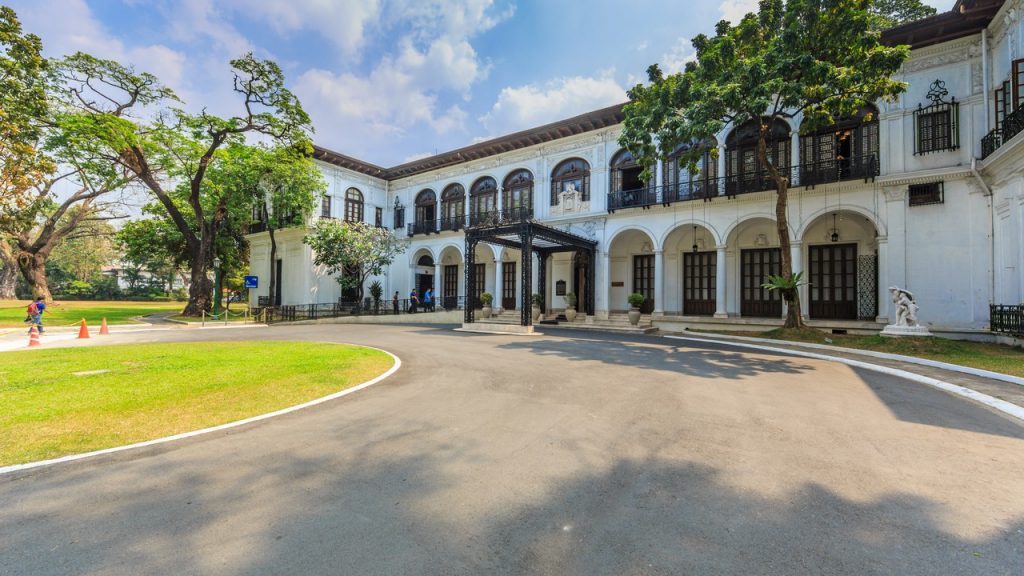 Deeper into Manila you will find Malacanan Palace. Built in the 1700s as the Governor General of Spain’s quarters, it now serves as the official residence of the President of the Republic of the Philippines. And all the Philippine Presidents but President Aguinaldo have lived in Malacanan. Inside the palace is the Presidential Museum and Library, which is open to the public pending reservation. 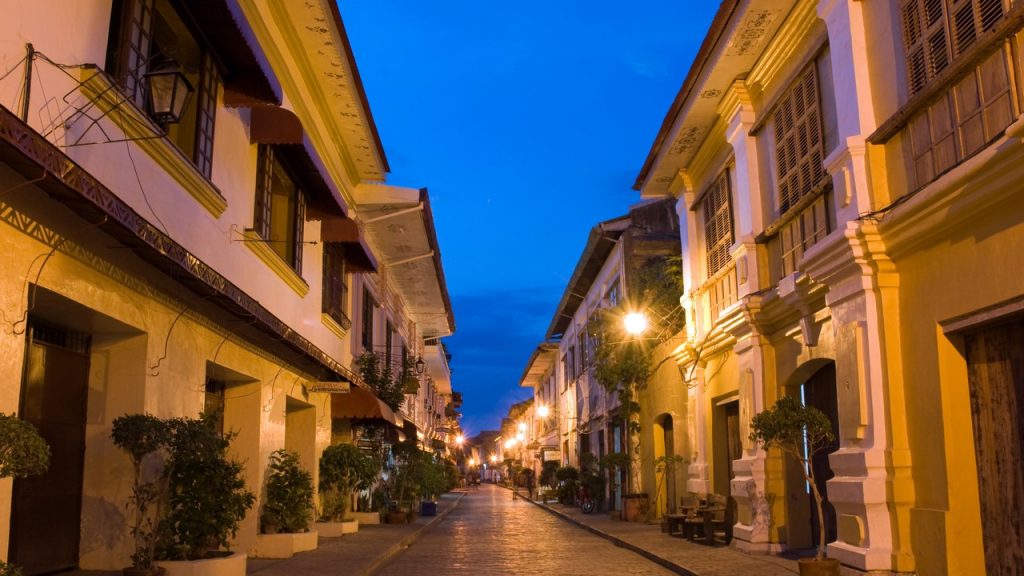 Learn more about life in the Philippines under Spanish rule in the UNESCO World Heritage Site, Calle Crisologo, in Vigan, Ilocos Sur. This is located around 400 kms north of Manila and can be reached by land or air. Calle Crisologo is lined with shops and little museums and has been preserved to make you feel like you have just been transported back in time. 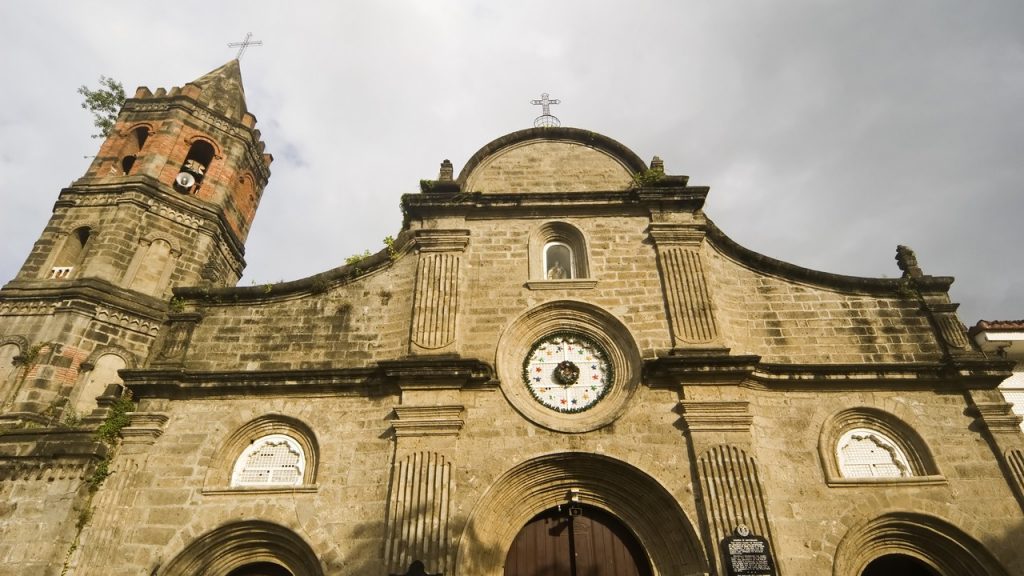 The Philippine Revolution sparked when the middle class started an uprising against the Kingdom of Spain led by Andres Bonifacio, head of the anti-colonial organization Katipunan. The organization had influenced much of the Philippines, and the establishment of a revolutionary government eventually overthrew the colonizers after over three centuries of colonial rule. Barasoain Church in Malolos, Bulacan had served as the first legislative house where the first constitution was made. 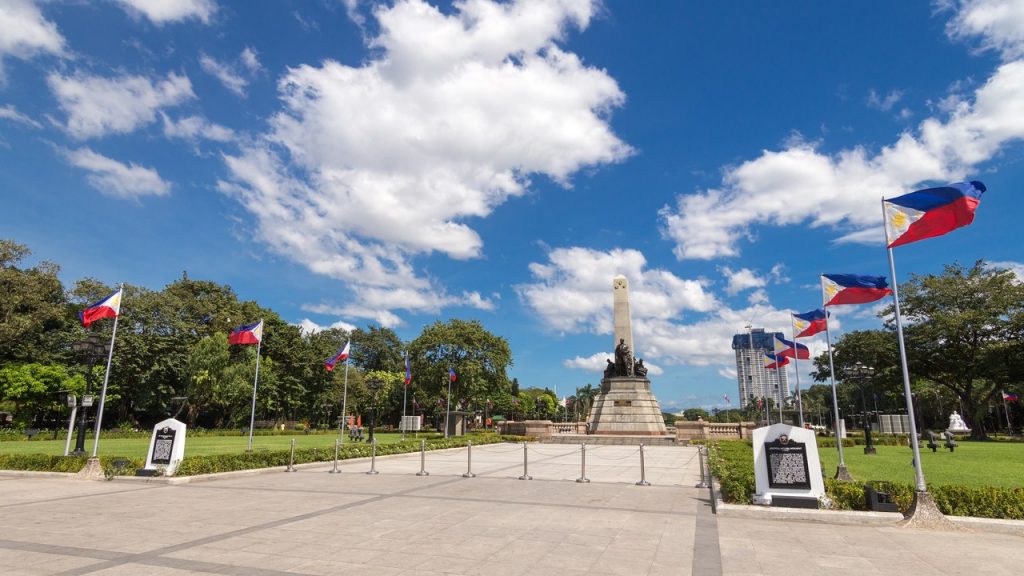 Jose Rizal, the Philippines’ National Hero, was executed for rebellion against the Kingdom of Spain was killed right here in Luneta — sparking an uprising from the Filipinos that led to the successful overthrowing of the Spaniards from the country. His remains lie underneath the monument erected in his honor. Luneta Park and the Rizal Monument now serve as a popular tourist destination for both locals and tourists alike. 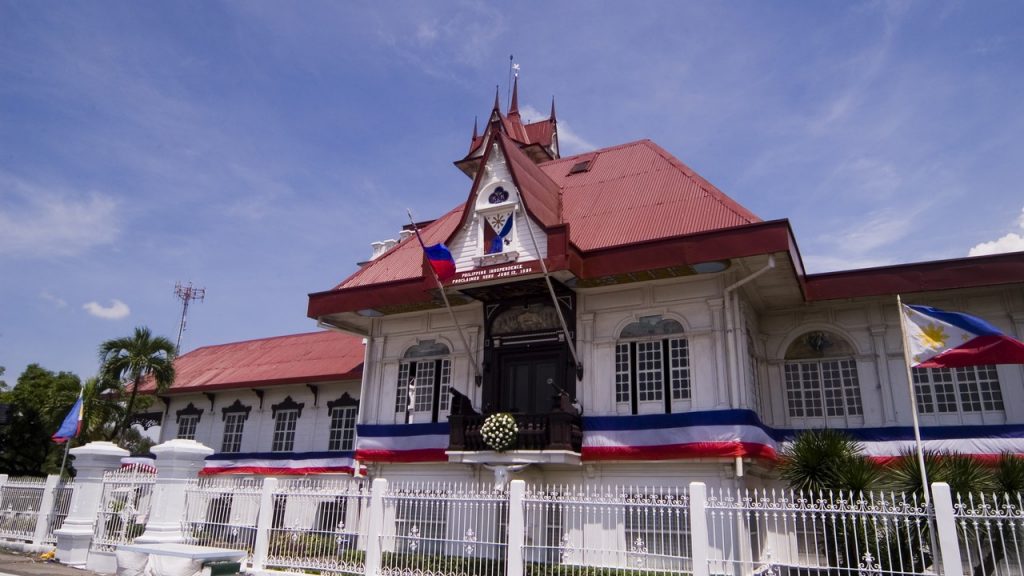 The Aguinaldo Shrine in Kawit, Cavite was where the independence of the Philippines was declared on June 12, 1898. Every Philippine Independence Day, the Philippine flag is raised during a colorful ceremony to commemorate the event. The former quarters of President Aguinaldo, the first President of the First Republic, now serves as a museum open to the public. 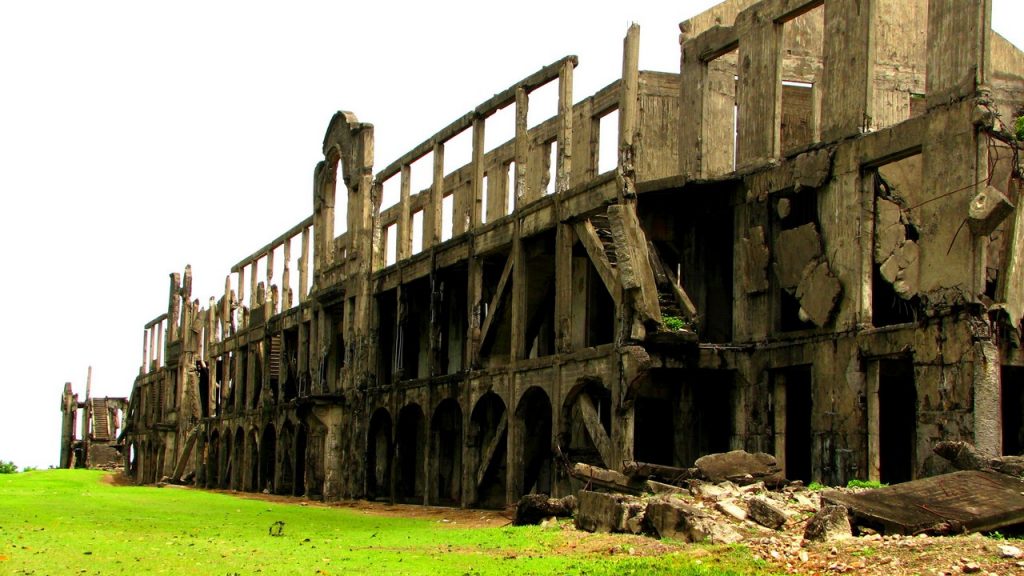 One of the most important historic sites in the Philippines is Corregidor Island. Formerly Fort Mills, Corregidor served as a military stronghold that guarded Manila Bay against enemy warships and was one of the main battlefields that eventually led to the liberation of the Philippines from Japanese rule. 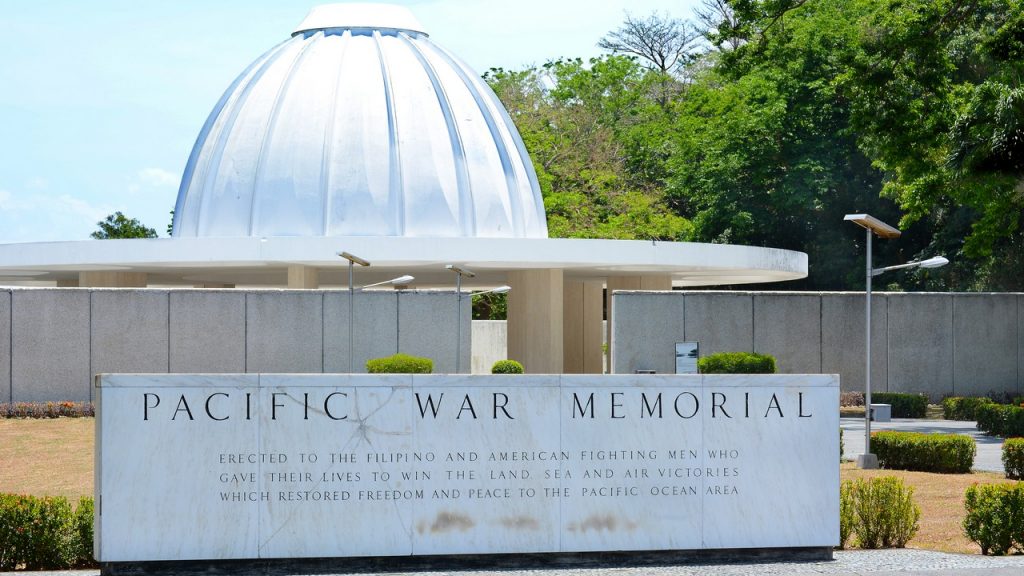 Today, Corregidor’s ruins serve as a memorial for the Filipinos, Americans, and Japanese who have lost their lives during the second World War. The Pacific War Memorial in the middle of Corregidor is a beautiful, solemn piece of architecture that ignites all sorts of emotions in its visitors. 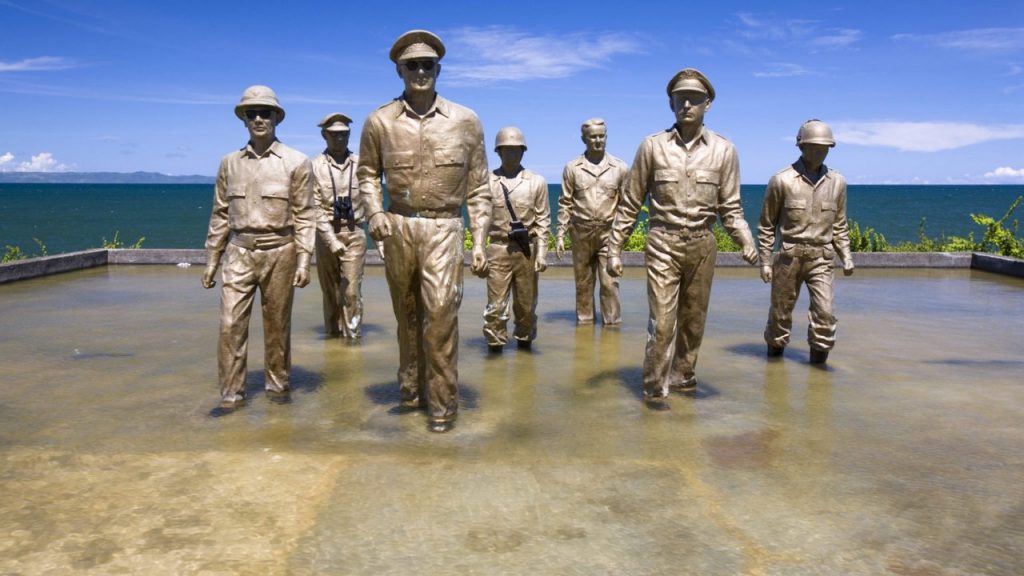 The MacArthur Landing Memorial in Leyte commemorates the historic landing of Douglas MacArthur in the Philippines at the beginning of the naval war that eventually led to the surrender of the Japanese.

UNESCO Heritage Sites in the Philippines

The Philippines is also home to 4 baroque churches that have made it to the list of UNESCO World Heritage Sites. These four churches, namely, San Agustin Church in Manila, Paoay Church in Ilocos Norte, Santa Maria Church in Ilocos Sur, and Miagao Church in Iloilo are places of national, natural, and cultural heritage. 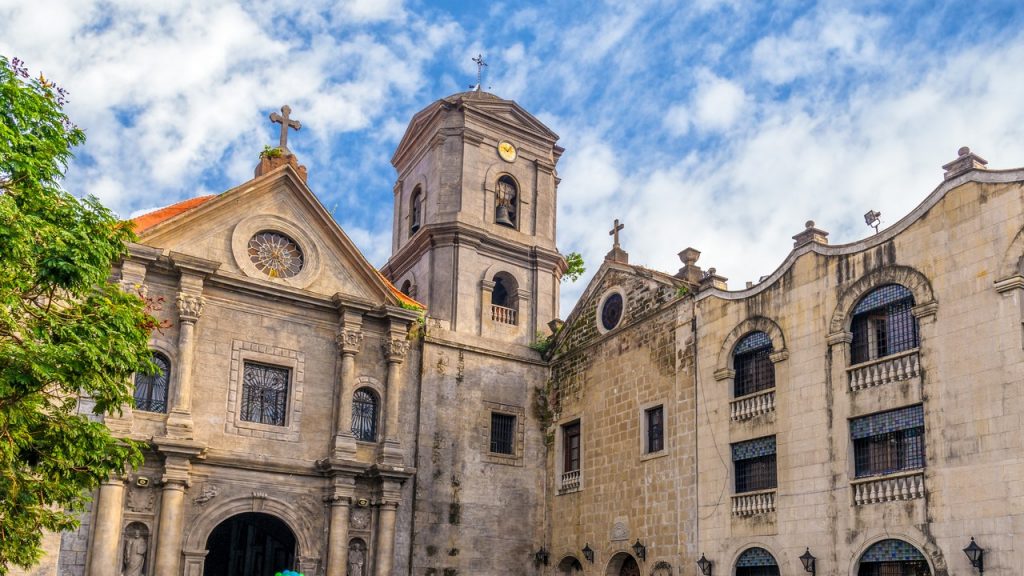 San Agustin Church was the first church ever built on the island of Luzon in 1571. It is located within the Intramuros walled city, and is a popular pilgrimage site and wedding venue. 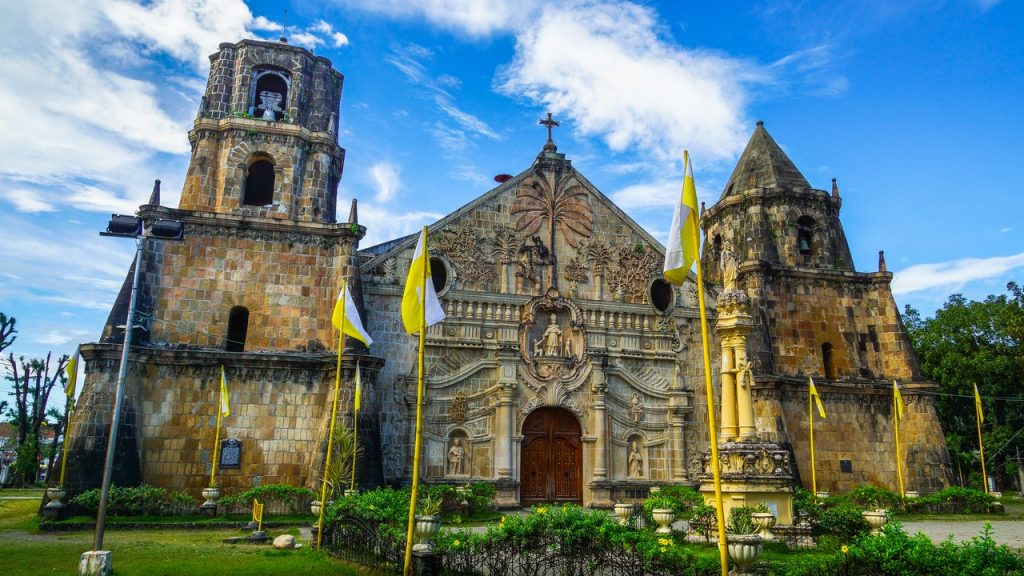 Miagao Church, also known as the Church of Santo Tomas de Villanueva, stands on the highest point of Miagao, Iloilo. The Hispanic, Chino, and Muslim inspired bas relief details on the facade of the church give it a unique, one-of-a-kind aesthetic. 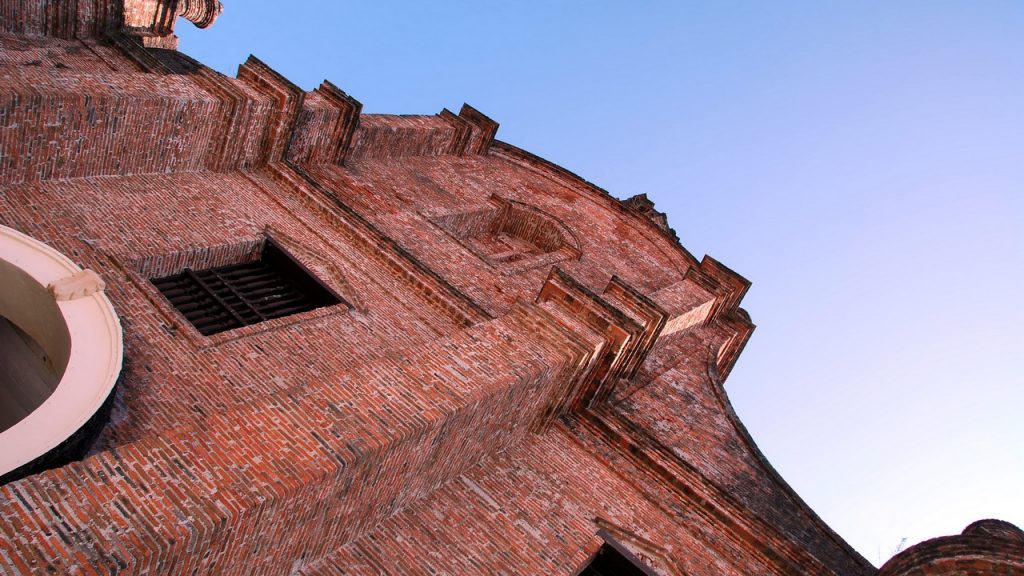 The Church of Nuestra Señora de la Asuncion in Santa Maria, Ilocos Sur. Unlike the traditional location of churches in the Philippines (usually in the middle of the town square), this particular church was built on top of a hill and surrounded by tall walls on all sides like a fortress. The only way to get to the church is by climbing up the hill and taking an 85-step stairway to the foot of the church. 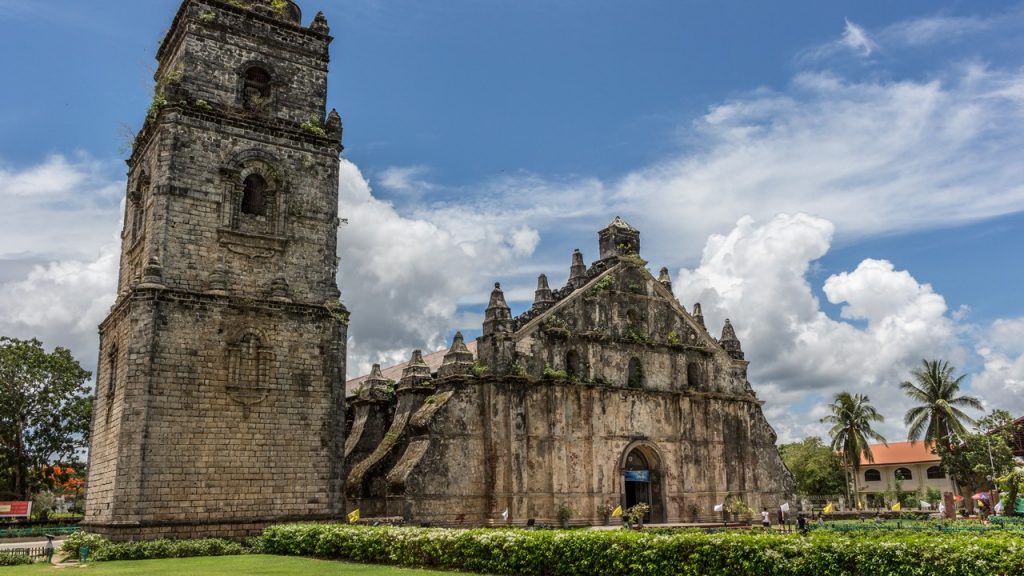 The Church of San Agustin in Paoay, Ilocos Norte. This church is built like a rock. Known for its 24 buttresses that surround the sides of the church to protect it from all sorts of seismic activity. Built in 1953, it is a primary example of Spanish colonial baroque architecture and is considered a National Cultural Treasure.