Life can be a great adventure if you know where to go. Take a helicopter ride above the glaciers of New Zealand, go skiing in Japan, board a hot air balloon in Myanmar, marvel at Iceland’s northern lights, or go on a great African safari adventure. Discover the wild side of the world in your next trip to these destinations! 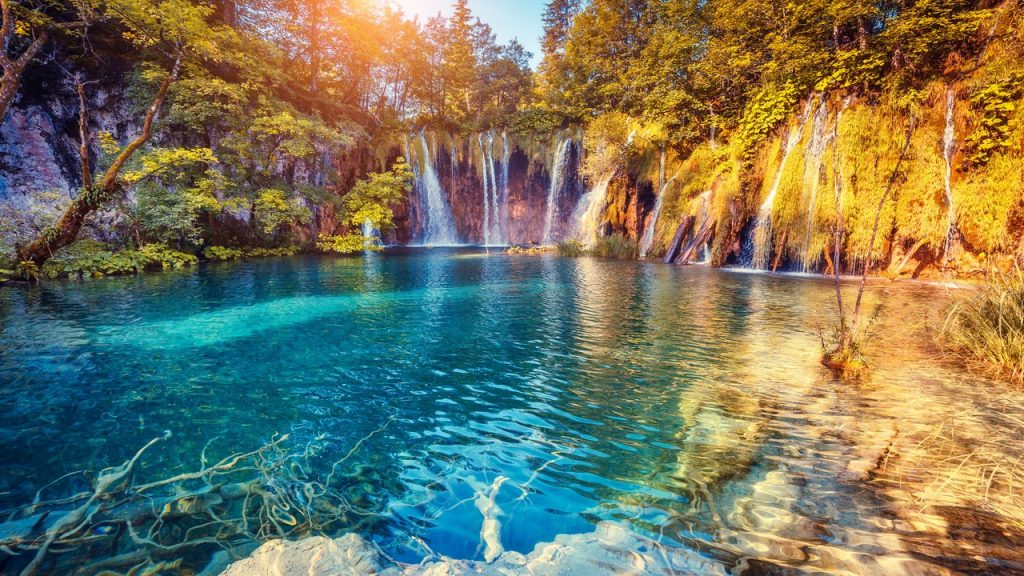 We can actually end this list right here, because if there’s one place you should visit in the balkans, it’s this! Plitvice Lakes National Park in Croatia is a jaw-dropping sight to behold. Not to be missed in your lifetime! It can get pretty cold during the winter, but swimming here during the summer is one bucketlist item you need to cross out right now.

BOARD A BOAT IN OHRID, MACEDONIA 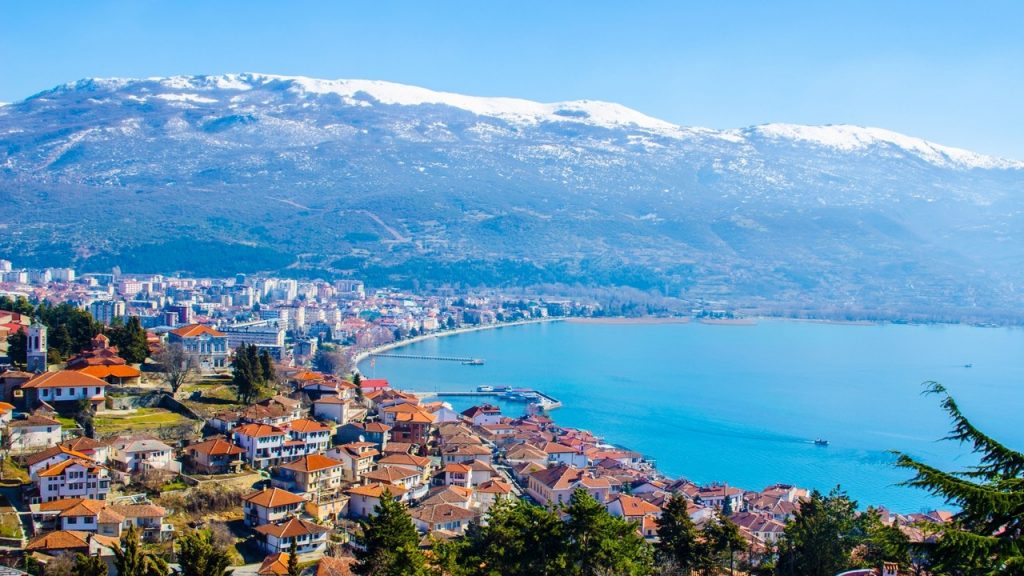 The lake city of Ohrid, Macedonia is a UNESCO site. Known as the Jerusalem of the Balkan, there are 365 churches in this little city, one for each day of the year. Hop on a boat and coast along the Ohrid River as you marvel at its natural and manmade wonders. 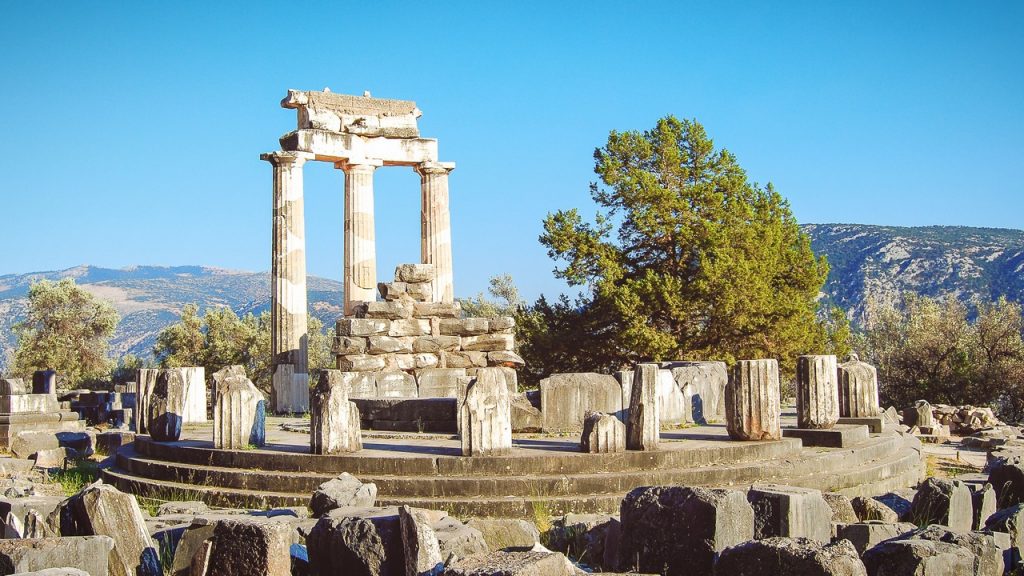 The land of the gods. People flock to Olympia, Greece to see the ruins which hosted the ancient Olympic Games that started in 776 BC. When in Olympia, you can’t help but feel to be among Zeus and the rest of the ancient Greek gods. 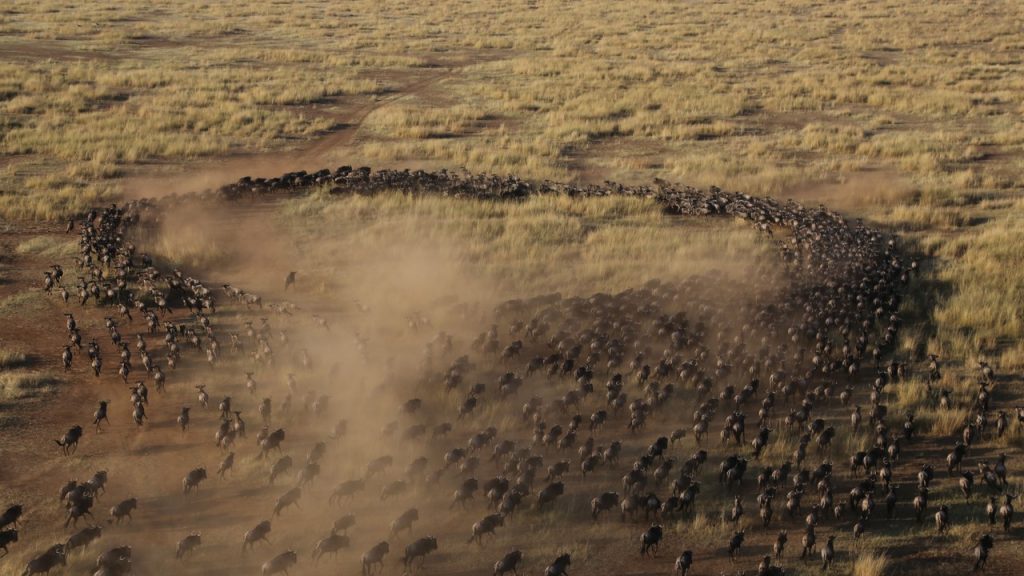 Every year, millions of zebra, wildebeest, and antelope migrate across the great African plains of Kenya and Tanzania. This is known as the annual Great Wildlife Migration, a bucket-list-worthy event that one has to witness once in your lifetime. The above image was taken from a hot air balloon, providing for a grand vantage point of the momentous event.

BIG FIVE IN THE SERENGETI 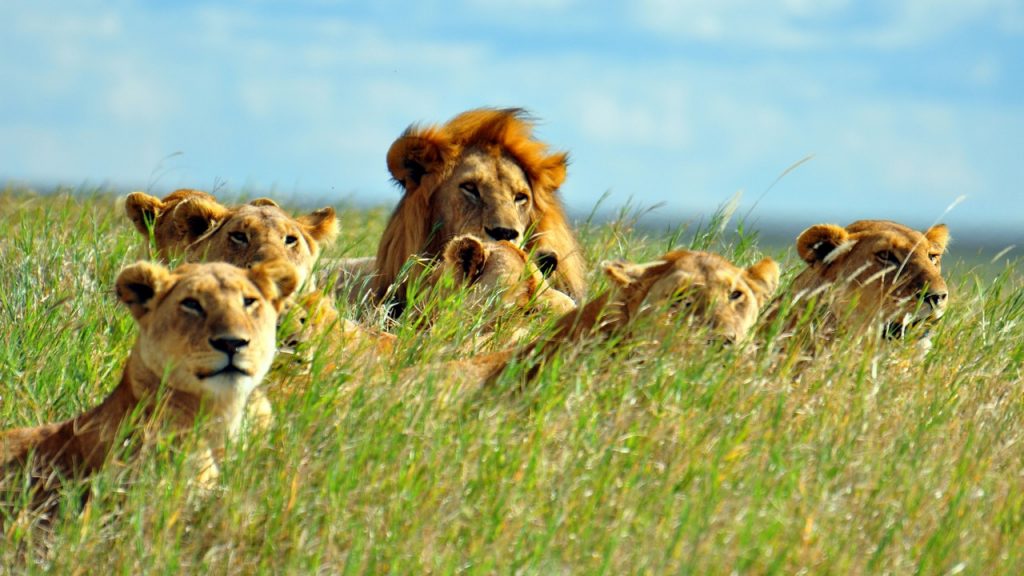 If you think about an African safari, you’re most likely thinking about the Serengeti National Park. Picture-perfect in every angle possible, its vast plains are home to the “big five” game: the lion, leopard, rhinoceros, elephant, and the buffalo. Go on a safari tour for an adventure of a lifetime — and who knows, you might even be lucky enough to see a Lion chowing down on a zebra up close.

SKIING AND SNOWBOARDING IN JAPAN 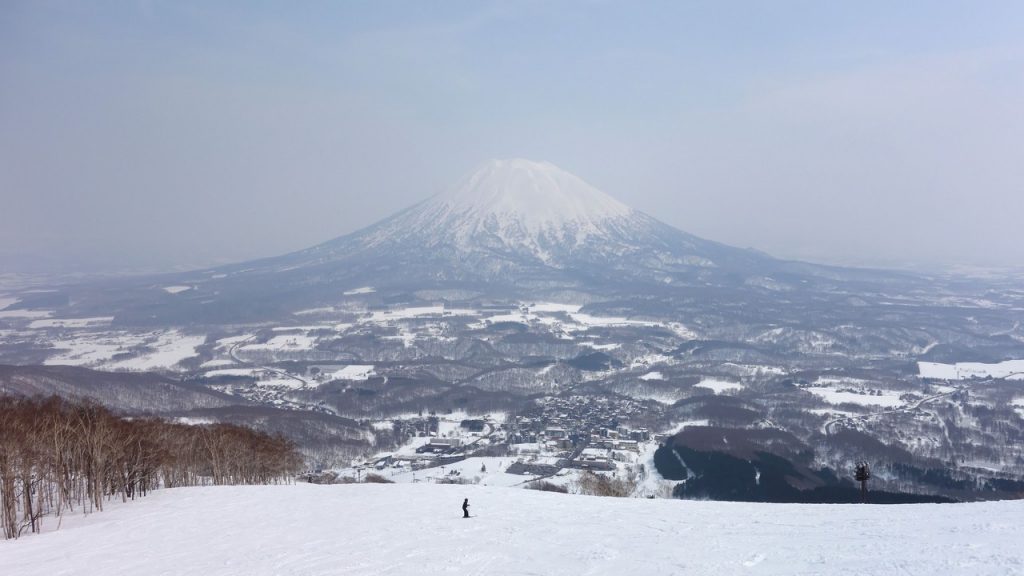 The Japanese love their ski and snowboarding resorts during the winter. There are professional slopes and intermediate for ones still learning the ropes behind this fun winter activity. Once you’ve learned the basics of skiing and snowboarding, it can be a very rewarding experience — especially when it’s set against the postcard-worthy backdrop of Mt. Yotei in Hokkaido.

THE BALLOONS OF BAGAN, MYANMAR 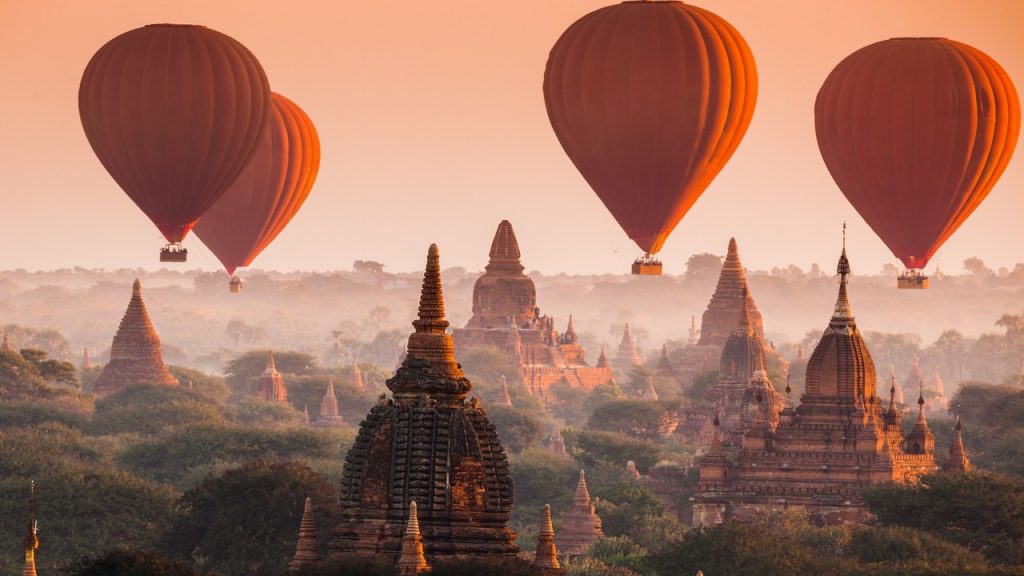 One of the most magical things you can do not just in Myanmar, but anywhere in the world! Hop on a balloon or admire them from afar, this the best way to appreciating the ancient architecture of Bagan, Myanmar. Balloons floating above 3,000 ancient temples is nothing short of a dream!

TAKE A DIP IN PAMUKKALE, TURKEY 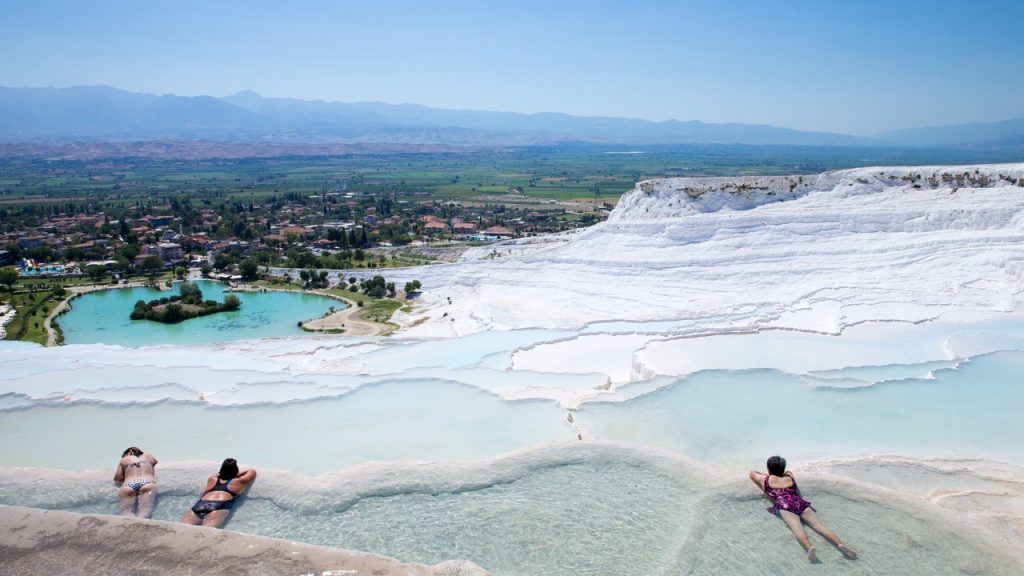 Speaking of dreams, the hot springs of Pamukkale, Turkey is something right out of a good dream you don’t ever want to wake up from. The “cotton castle” is now one of Turkey’s most popular tourist attractions, attracting around two million visitors each year.

TAKE A CHOPPER UP THE NEW ZEALAND ALPS 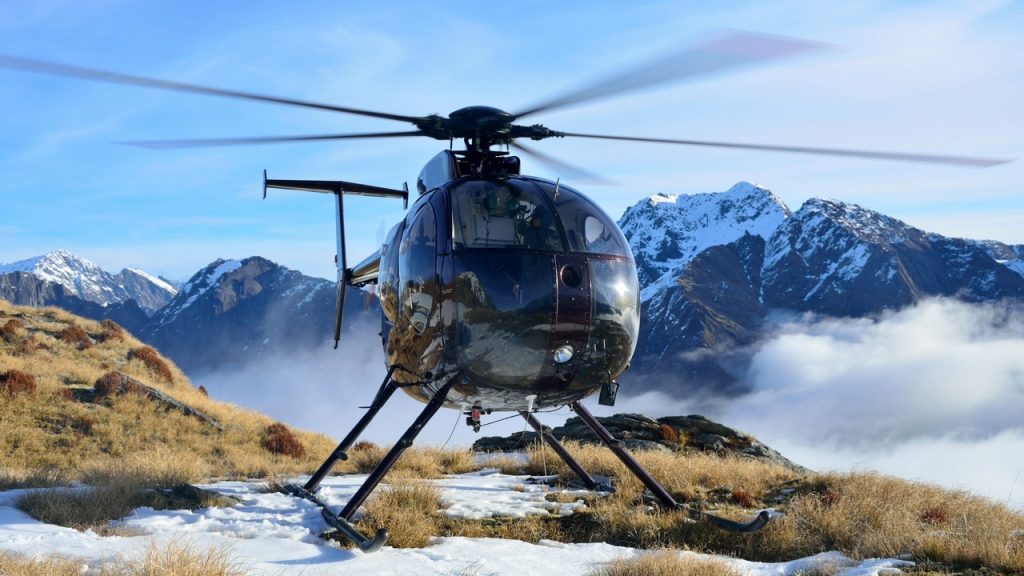 Take a leisurely climb up the New Zealand Southern Alps on a helicopter and explore its icy wonders. Here you will see glassy glaciers and an endless mountain range covered in powdery white snow. FUN FACT: the Southern Alps was the shooting location for the Misty Mountain scenes of Peter Jackson’s Lord of the Rings trilogy. While you’re in New Zealand, perhaps visit the rest of the film’s shooting locations by booking a LOTR Middle Earth tour. 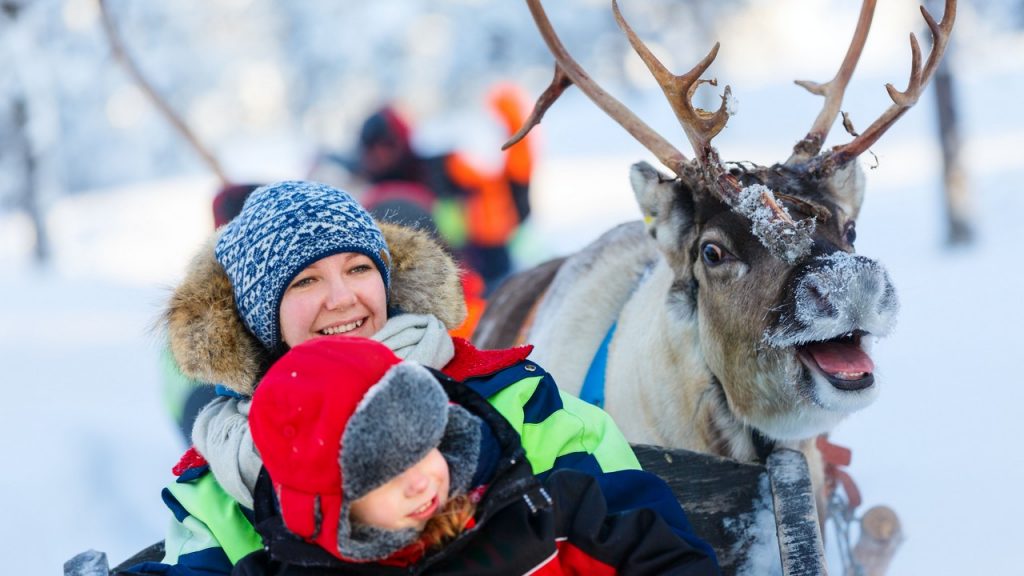 The ultimate Christmas awaits in Lapland, Finland where you can go on a sledding adventure on a reindeer- or dog-powered sled. If you want something with a little bit more torque, Lapland also offers other winter activities such as snowmobiling and snowboarding.

THE NORTHERN LIGHTS OF ICELAND 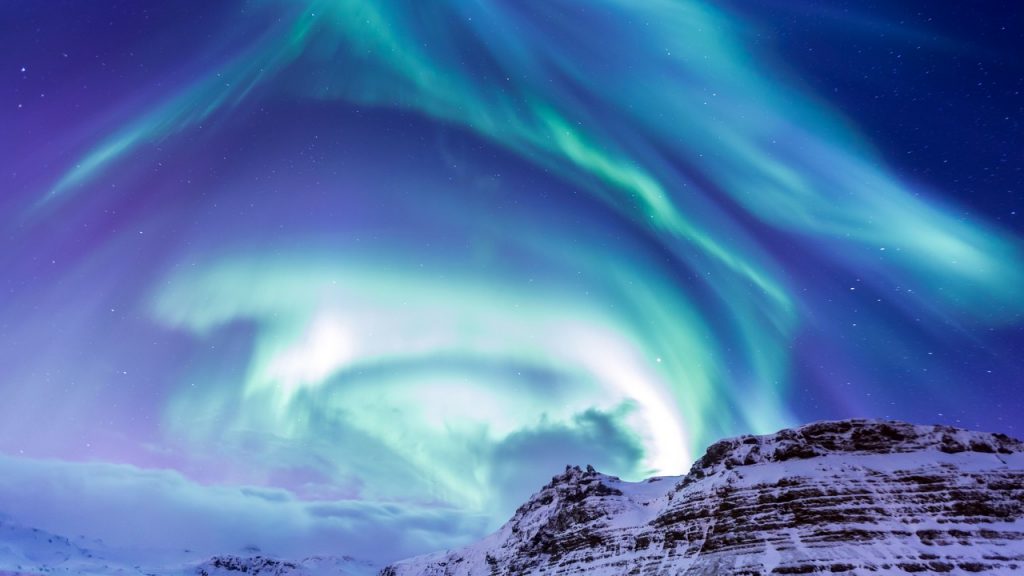 Witnessing the northern lights of Iceland is nothing short of magical. Not a lot of people get to witness this in their lifetime, and so chasing this stunningly beautiful phenomenon is a must-have in your bucket list!