Booking for : Life’s a Beach in Beautiful Philippines

Life’s a Beach in Beautiful Philippines

There are a lot of beaches here and they’re all unique in their own little way. Some are reachable only via private jet, while some are just a couple of hours outside the country’s capital via car; some are quaint, while some are bursting with nightlife; and some are even internationally lauded and awarded World’s Best Island. We’d like to introduce you to some of the beautiful beaches the Philippines is very proud of and are worth paying a visit on your next holiday. 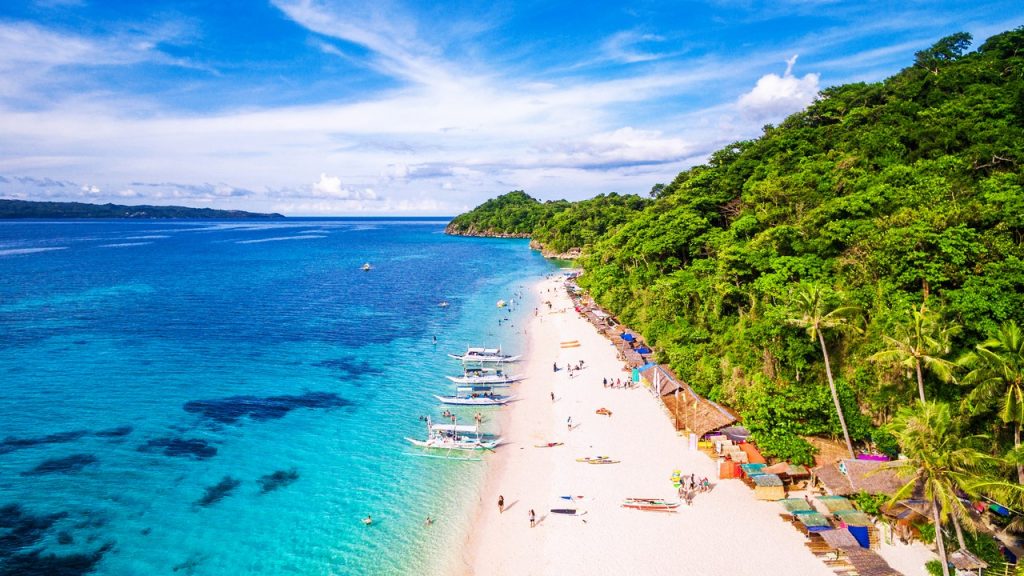 Arguably the most famous island in the Philippines. Its beaches attract millions of tourists each year, and it’s not hard to see why thanks to its fine white sands, world-famous sunsets, and unique party culture. Boracay isn’t your typical beach paradise, however, for it brings to its shores the best of two worlds: Paradise and Parties. 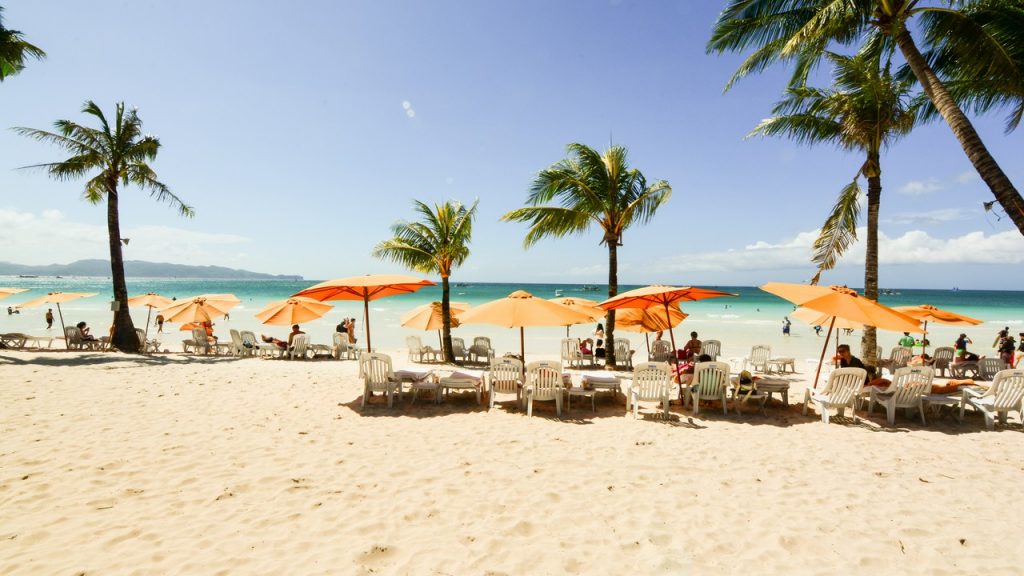 During daytime, go ahead and soak up all the sun you want in Yapak Beach known for its white shells spread across its shores, or White Beach known for its spectacular sunsets, or perhaps secluded Balinghai Beach if you want to get away from the world for a while. But the lights stay on in Boracay long after the sun has set. At night, the island comes alive with strobing lights, booming music, and rave parties from end-to-end of its 4-mile long shore that last all the way into the morning. Paradise. Party. Sleep. Repeat. That is the country’s Summer Party Capital’s mantra.

The Paradise of Palawan 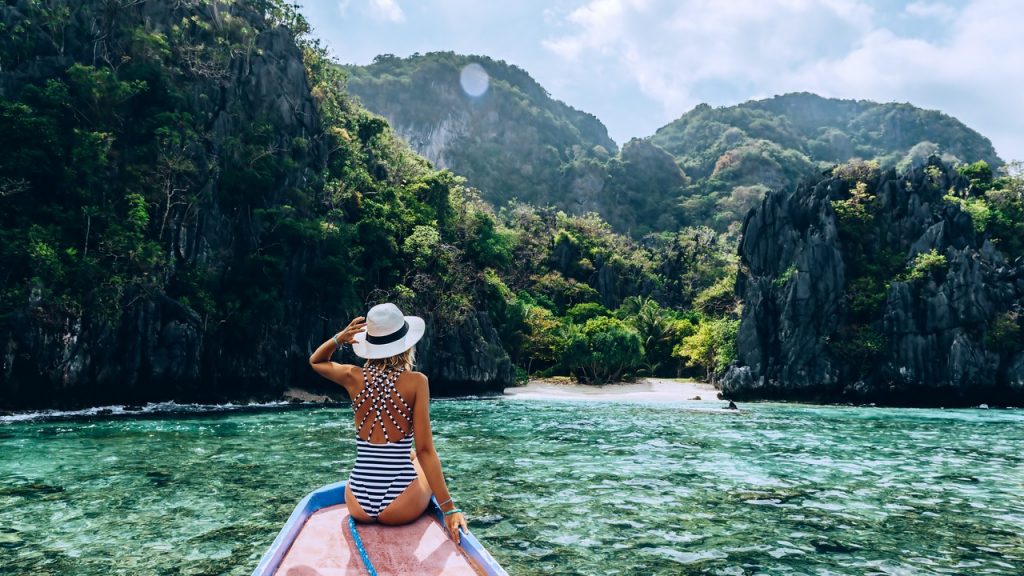 For the second year in a row Palawan Island has once again been voted “World’s Best Island” in the 2017 issue of Travel + Leisure magazine. And to be honest with you, it’s impossible to describe the beauty of Palawan with just words — because quite frankly, stepping foot on its shores renders us speechless every time, no matter how many times we’ve been there. And if you only have once chance to visit the Philippines, make Palawan a top priority. 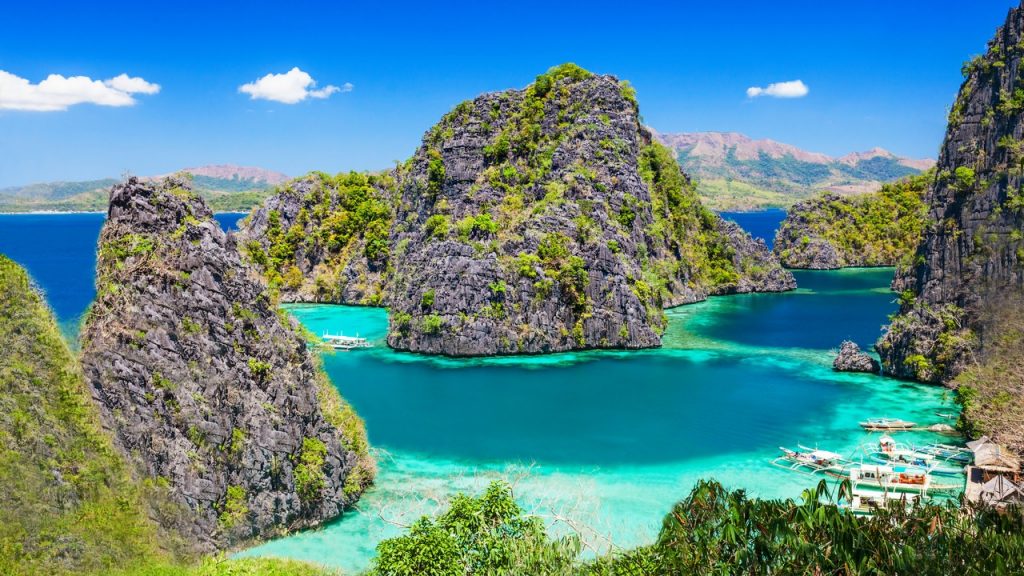 Palawan has three internationally awarded beach zones namely El Nido, Coron, and Puerto Princesa. Palawan’s poster child, El Nido, is famous for its luxurious resorts and its prized bird’s nest soup (nido means nest in Spanish) that come from edible nests that deck its breathtaking limestone cliffs. Coron Island, on the other hand, serves as the entry point to the lauded Calamian Group of Islands that boast pristine, deep blue lagoons, likewise surrounded by limestone cliffs, that are just out of this world; as well as world-class diving spots such as the Akitsushima-Tae Maru-Irako Japanese shipwrecks. And lastly, Puerto Princesa, home to the Subterranean River, a UNESCO World Heritage Site, Honda Bay, Dos Palmas, and numerous white sand beaches you only get to see in travel magazines.

Surfing in Siargao and Baler 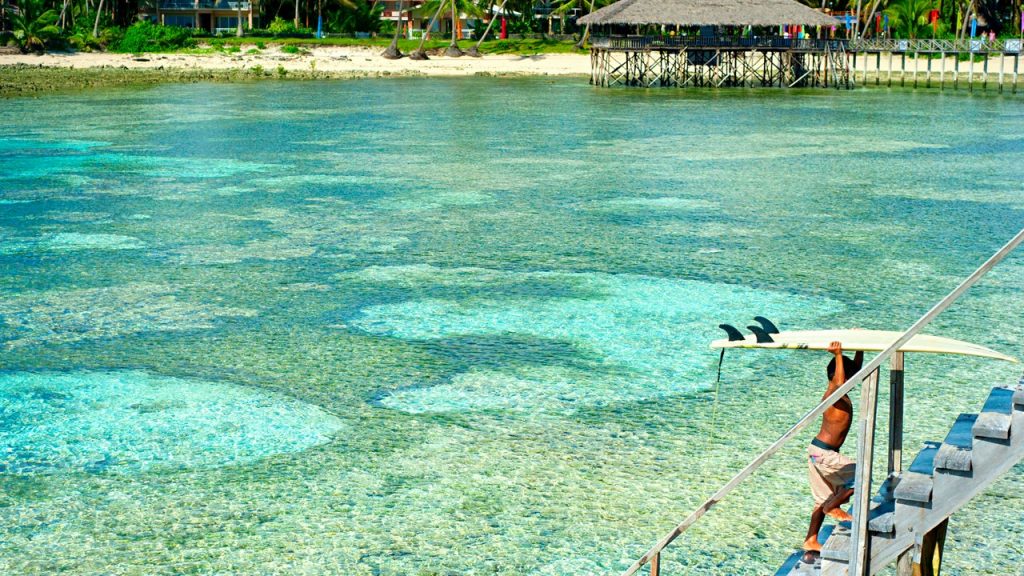 Whether you surf or not, Siargao Island is bliss. Big waves, seemingly unlimited seafood, and beaches untouched by commercialism — simply paradise. Located 800 kilometers southeast of Manila, the only way directly into the island is by plane. A word of caution upon arrival, however: Siargao is so beautiful and so untouched, you might want to stay there forever. 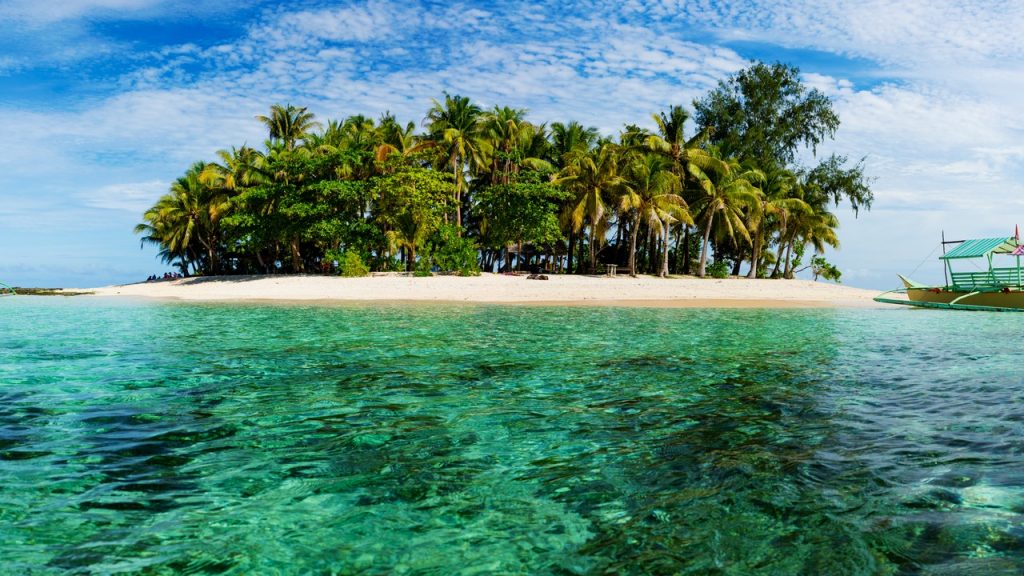 Known as the Surfing Capital of the Philippines, the best time to visit the island would be around August to November when the waves swell and the sun shines non-stop. There are many surf spots in the island, but here are the few most famous ones: the famous Cloud 9, Tuason’s Point, Stimpy’s, and Jacking Horse. 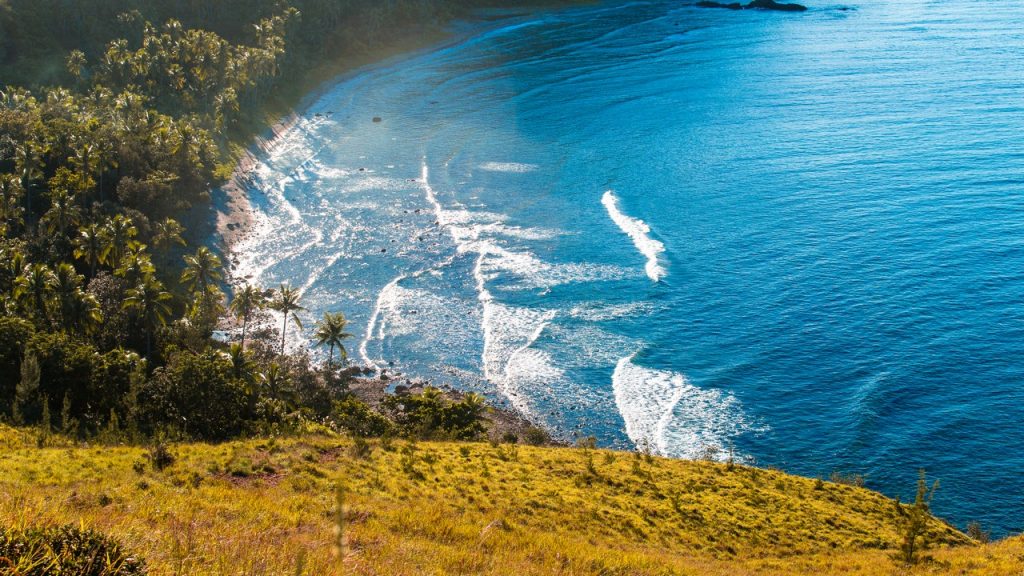 If traveling to the south of the Philippines is not an option, just 6 hours away from the capital Manila is the surfing paradise of Baler famous for its 2.7 meter high waves. The top surfing beaches in the coast of Baler are Sabang Beach, Cemento Beach, Lindy’s point, and Charlie’s Point where Francis Ford Coppola’s classic film Apocalypse Now was shot and immortalized with the famous line “Charlie don’t surf!” After filming, the crew left their surfboards behind for the locals to use, thus helping transform Baler into surfing heaven.

The Beach Cities of Cebu and Bohol

Two of the most famous coastal cities in the Philippines’ Visayas region are Cebu and Bohol. The proximity of these cities to the sea give its visitors a unique mix of modern cityscapes and the untouched beauty nature. Just a quick boat or car ride from all the hustle and bustle of the city are white sands and blue waters that is literally a breath of fresh air. 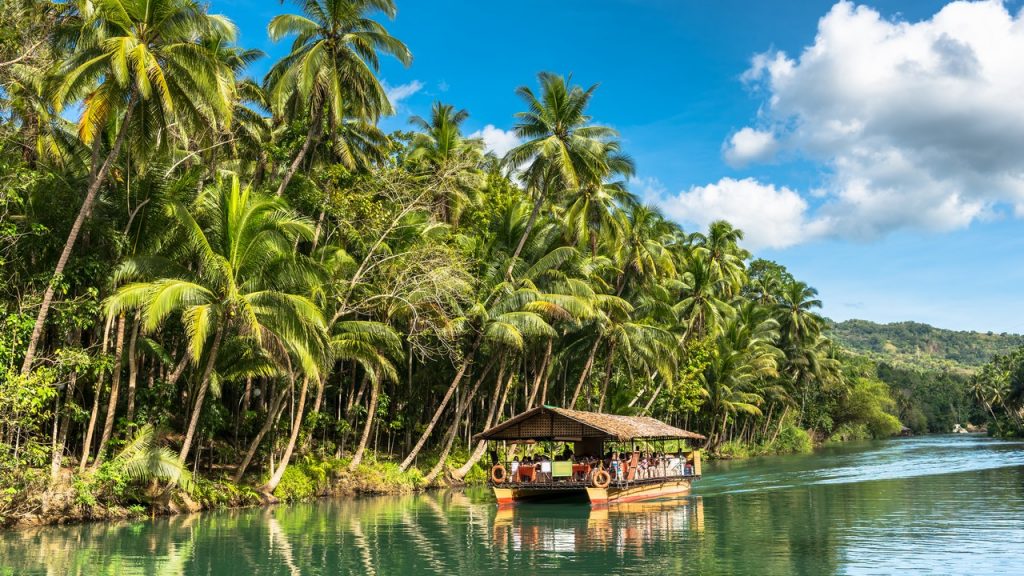 Bohol is famous for its Panglao and Alona beaches where dozens of luxurious resorts welcome locals and tourists alike in need of a getaway. And more than its beaches, Bohol is also known for the Loboc River that runs through the heart of the city — here you can enjoy a leisurely riverboat cruise and an sumptuous on-board Filipino lunch. 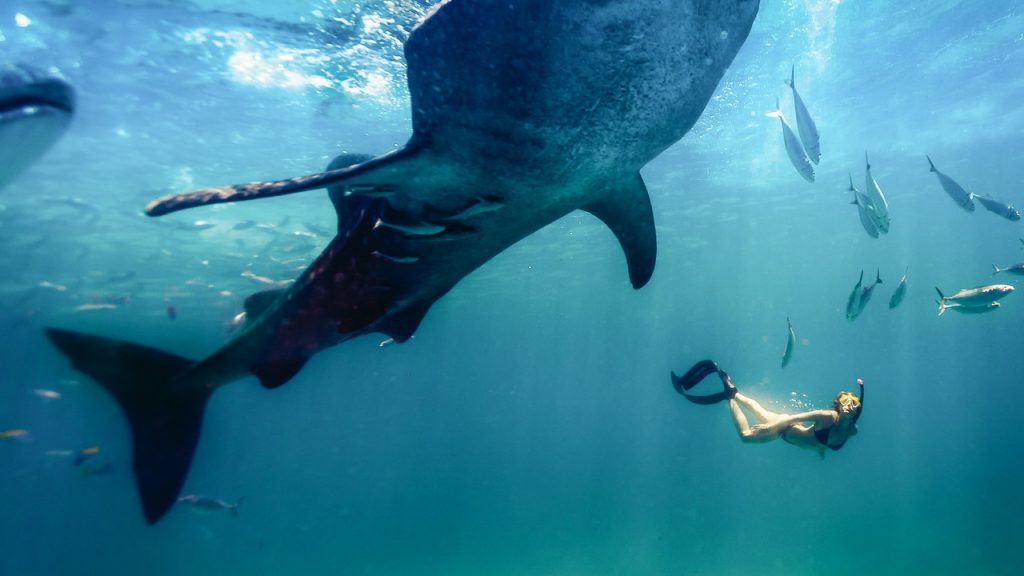 Cebu City is the Visayas’ central business hub and your gateway to great Cebuano food, lots of shopping, lively bars, and yes, beaches that are just a stone’s throw away. Attracting over 2 million visitors each year, Cebu’s main attractions are the white sands and superb diving spots of Moalboal and Malapascua, as well as the whale sharks of Oslob. 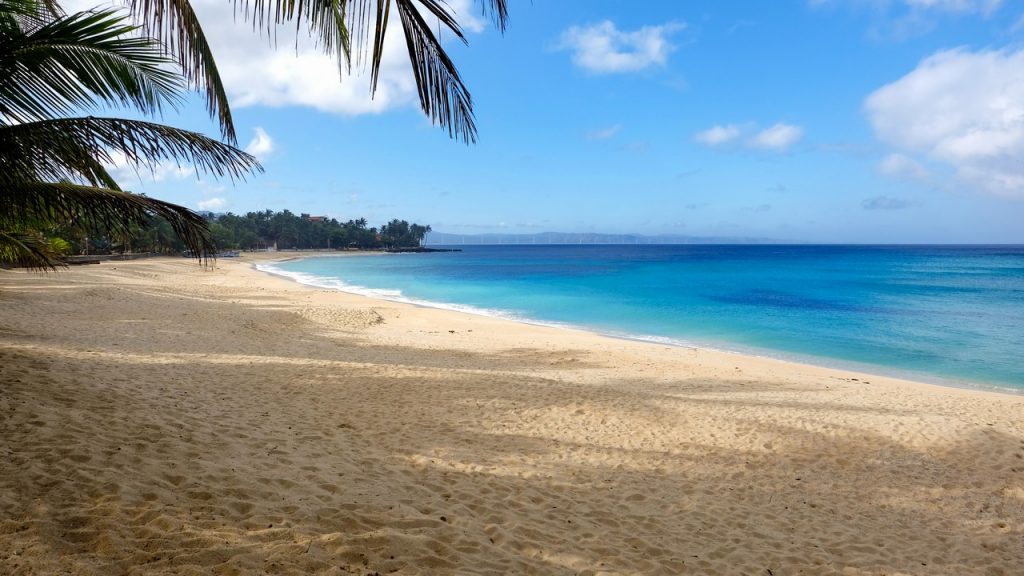 At the very edge of the island of Luzon, you will find Maira-ira Beach in the little town of Pagudpod, Ilocos Norte. And there you will see nothing else but crystal clear waters and powdery white sand — no commercial establishments that get in the way of the beautiful Philippine sunset, no bars that pollute the air with noise, and nothing that can get in between you and nature itself. 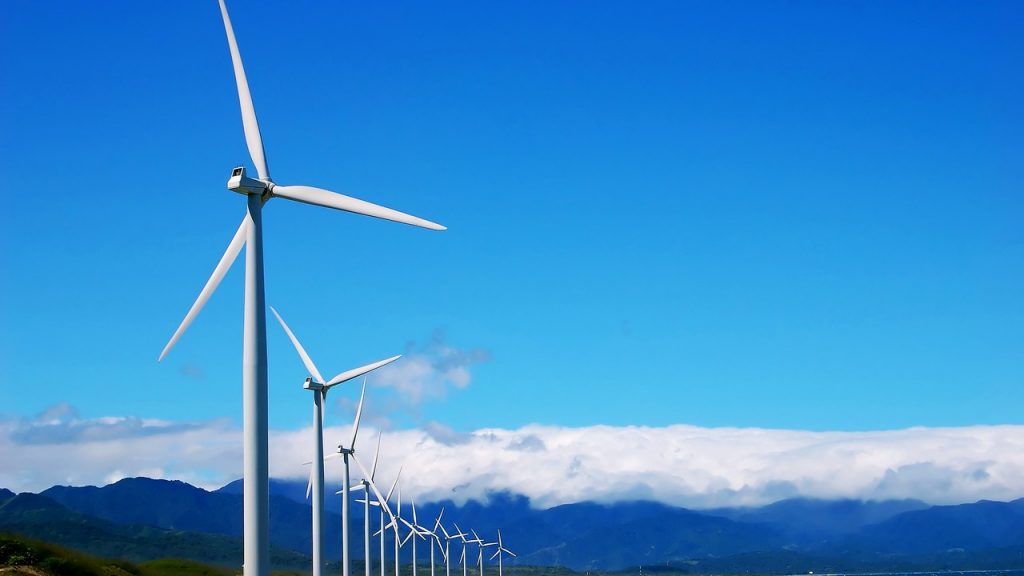 On your way to Pagudpud, you will be treated to wonderful scenes such as lush, thick forests, picturesque coastlines, and the line of windmills that tower along the shores of Bangui. These sights will make you not want to go back to the city ever again.

A quick dive in Anilao, Batangas 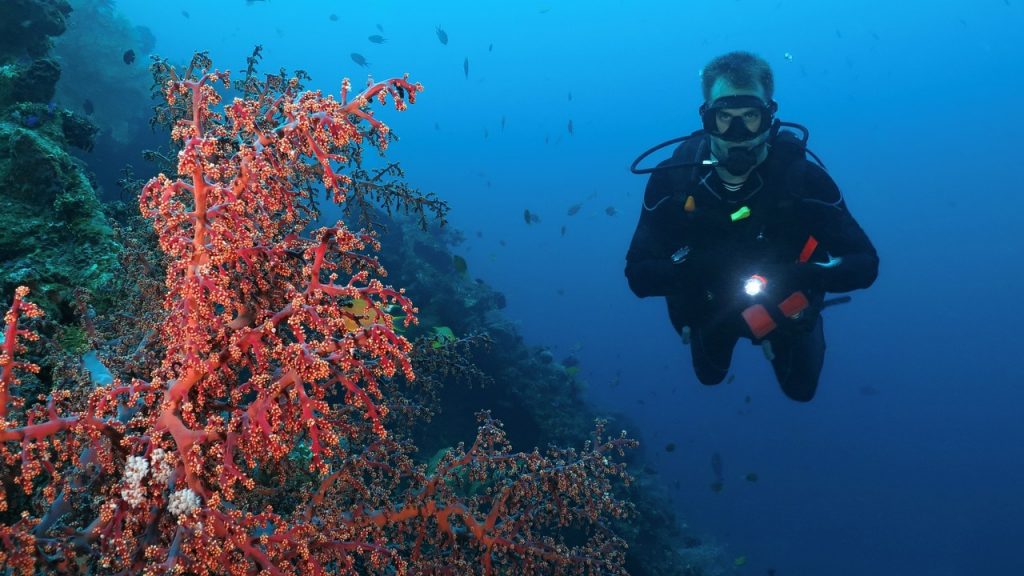 Who knew that just 3 hours away from the capital city of Manila, you will be able to find one of the Philippines’ best scuba diving spots? It may not be as massive or as diverse in marine life as the UNESCO world heritage site Tubbataha Reef in Southern Philippines, but the mere fact that such a place exists so close to the city is mindblowing. Thus making diving in Anilao a favorite activity among cityfolk looking for a quick escape from all the stresses of their concrete domicile. 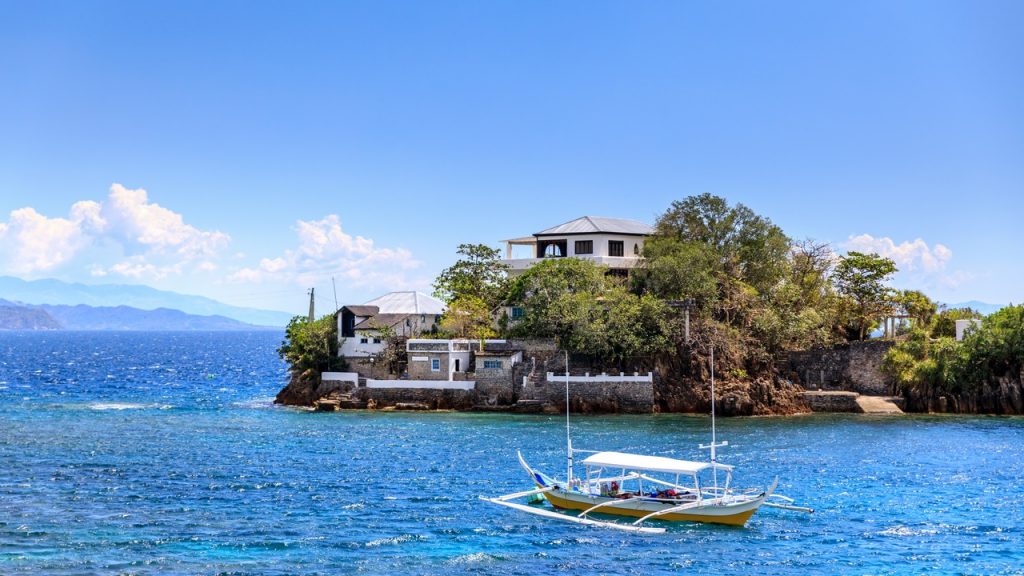 So if you find yourself in Manila and get tired of city touring, Anilao is a cheap, quick, and easy way to get back in touch with the great blue ocean and all of its wonders.
—

Leave your shoes at home. In the Philippines, a pair of flipflops is all you need.