Booking for : The Philippines: Naturally Beautiful

You don’t have to look hard to see the beauty of nature in the Philippines. Just look over the horizon, past the concrete jungles of the metropolis, and you’ll see yourself plunged once again into the lush greens, deep blues, and breathtaking terrains of this naturally beautiful archipelago.

The thousands of islands in the Philippines has a lot to offer weary travelers seeking tranquility in nature. Here are but a few of those sanctuaries. 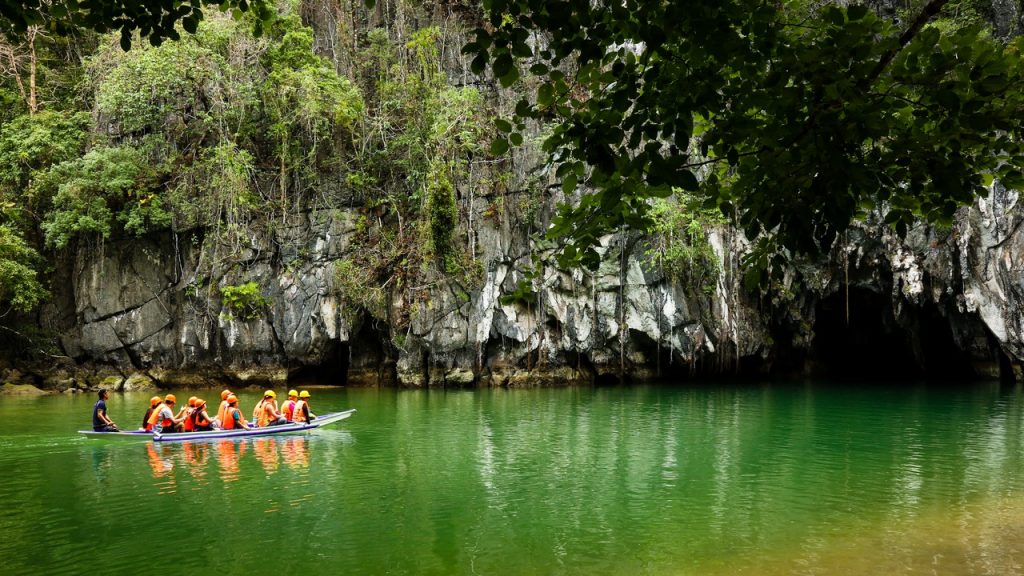 A UNESCO World Heritage Site, the Underground River of Puerto Princesa, Palawan, attracts thousands and thousands of visitors each year. It is accessed via a small canoe via a tiny opening on the side of its limestone walls and opens up into a whole different world of wondrous rock formations. 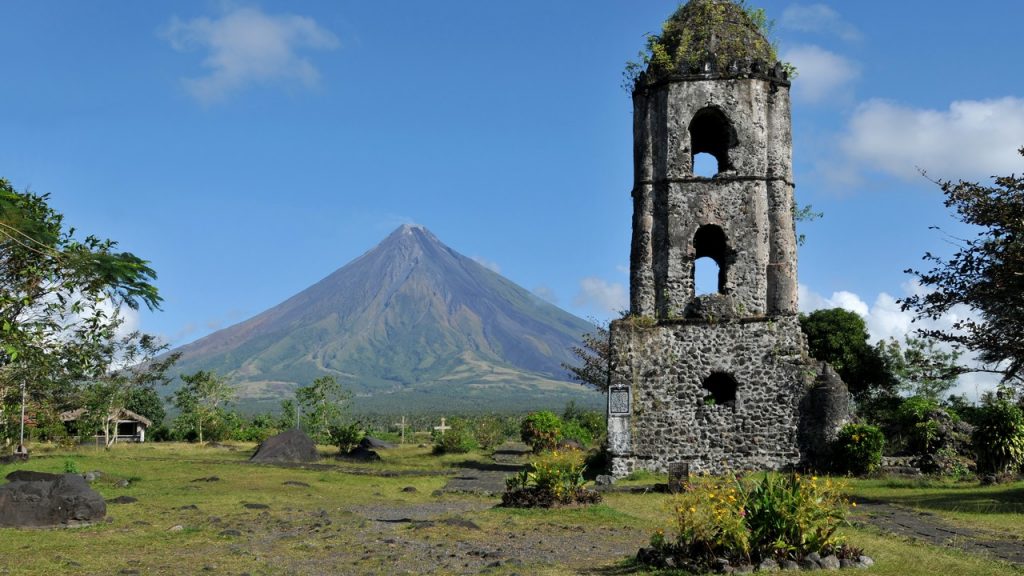 Feast your eyes on the world-famous Mayon Volcano. Famous for its perfect cone shape, the active volcano can be admired from afar from the Cagsawa Church Ruins or up-close via ATV. 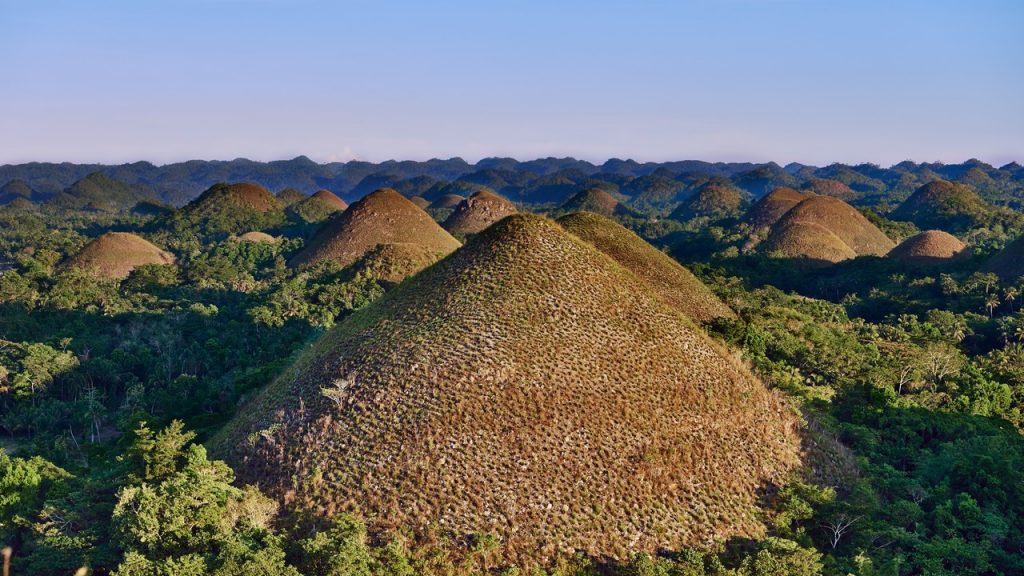 It’s like every sweet tooth’s dream: 1,260 mounds of chocolate as far as the eye can see. Nobody knows how they were formed, but we can be sure that they’re beautiful to look at. These hills are covered in vegetation that get toasted brown during the region’s hottest days (February to July) hence the name Chocolate Hills. 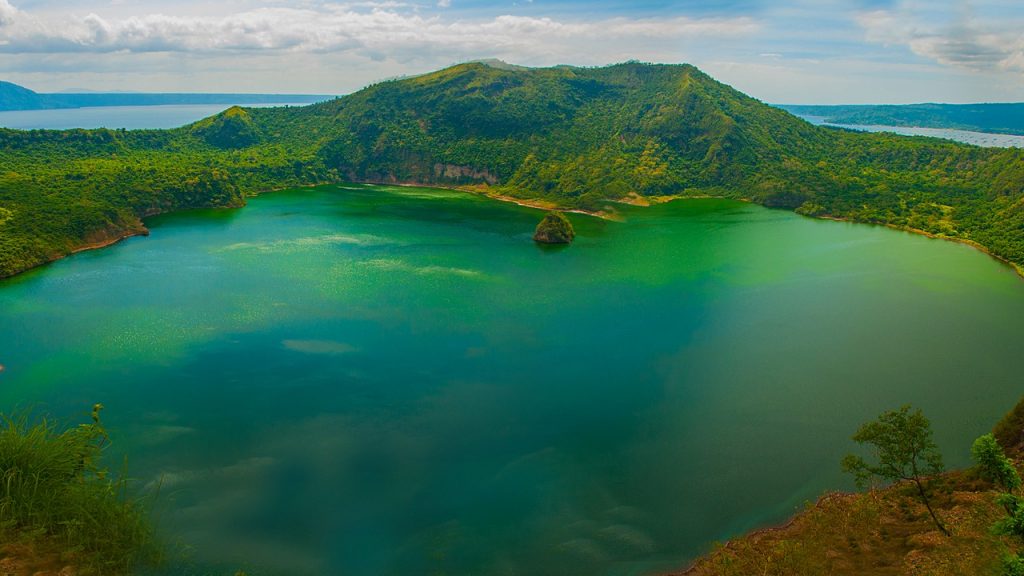 A lake within a lake. Sitting smack in the middle of Tagaytay’s Taal Lake is the still active Taal Volcano. In 1911, the volcano erupted so violently that it blew its own cap off. But through the years, rainwater has since filled up the bowl-shaped crater, creating another lake — a lake within a lake. After a quick boat ride to the side of Taal Volcano, the top can be hiked 35 minutes up via a trail. 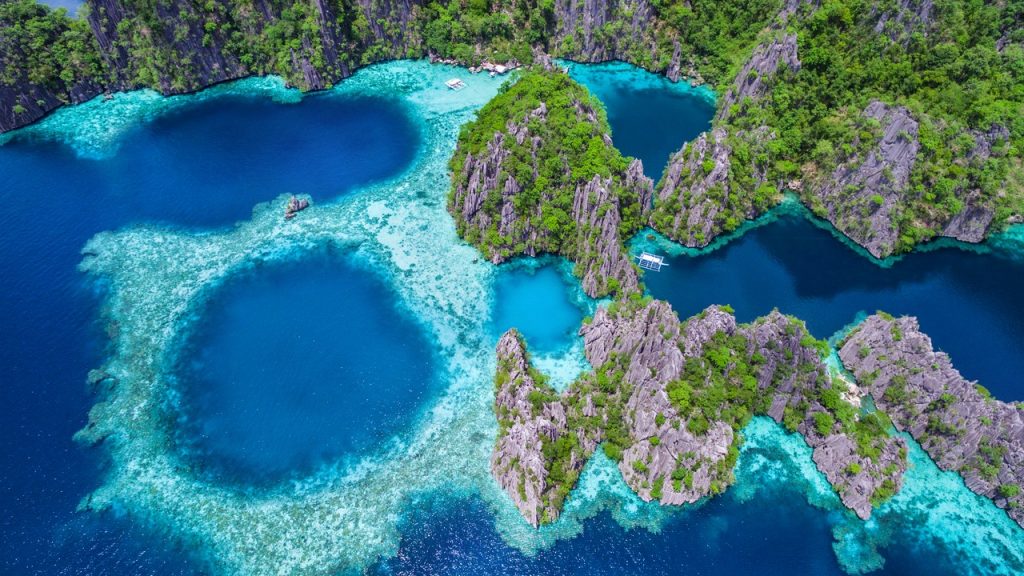 Where fresh and salt water meet, Twin Lagoon consists of, well, two lagoons that are kept separate by limestone rocks. The first lagoon serves as the entryway for boats, and the second lagoon can only be accessed by foot via a small rocky opening that opens up into a turquoise pool where you can quite literally spend forever snorkeling. 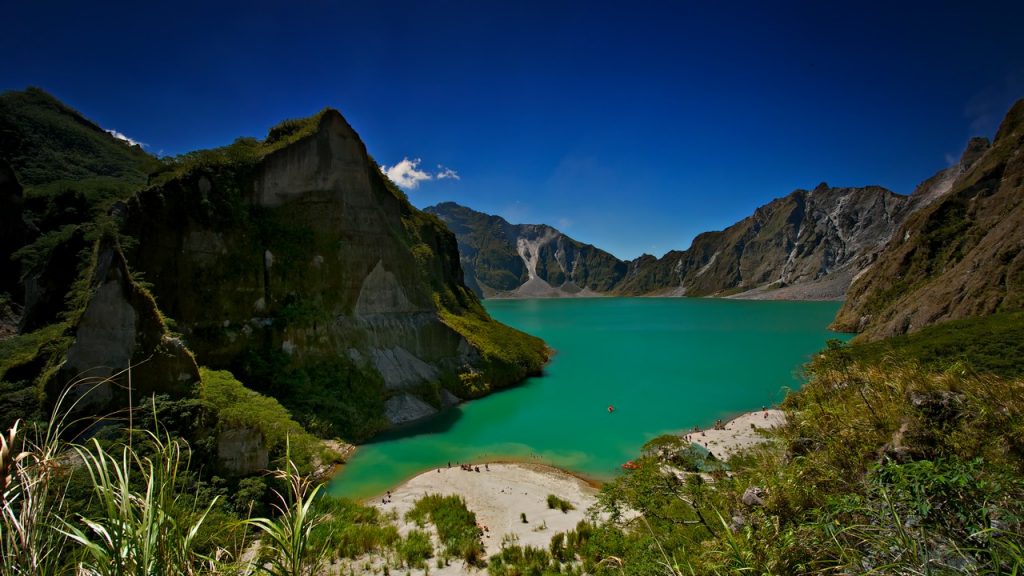 One of the most adventurous things you can do in the Philippines is hiking up Mt. Pinatubo. It was believed to be a mountain until Pinatubo erupted and revealed itself to actually be a volcano. The giant eruption left a giant hole on top of the volcano, and when it cooled down, a beautiful crater lake was formed. Just off the city proper of Pampanga, you hop on 4×4 jeeps that take you through endless stages of cool volcanic ash up until you reach the foot of the volcano. 20 minutes later, you’re on a boat in the middle of a deep blue sulfuric lake right smack in the heart of an active volcano. 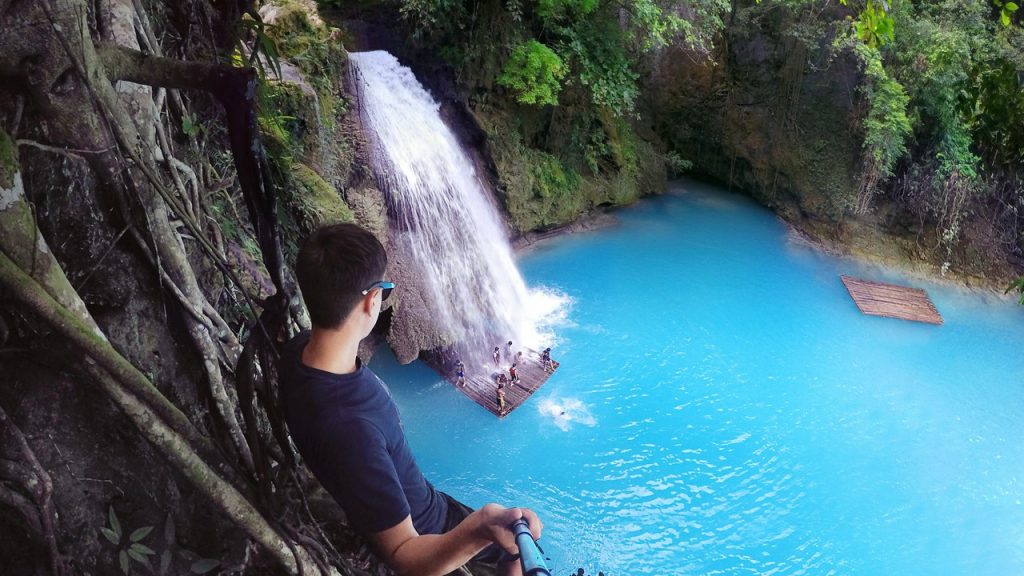 The Philippines has many waterfalls, but one that stands out is Kawasan. Found in Badian, Cebu, the falls were once featured in Travel + Leisure magazine’s photo collection of beautiful waterfalls around the world. Kawasan has 3 different waterfall drops, the first and tallest at 40m spouts into a turquoise lagoon where you can go for a cool swim. The two other drops can be accessed easily by foot. 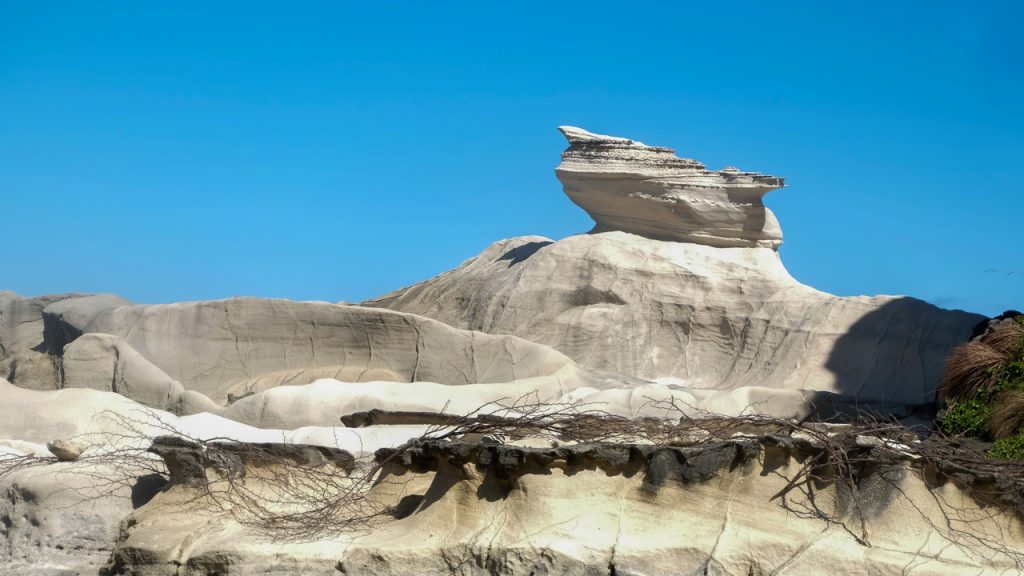 The word “puraw” means “white” in the local dialect. The white Kapurpurawan Rock Formation was carved by nature itself out of limestone and has fascinated the curiosities of those who’ve visited it. Hop on a rental horse at the foot of the formation and explore its hidden details the best way how! 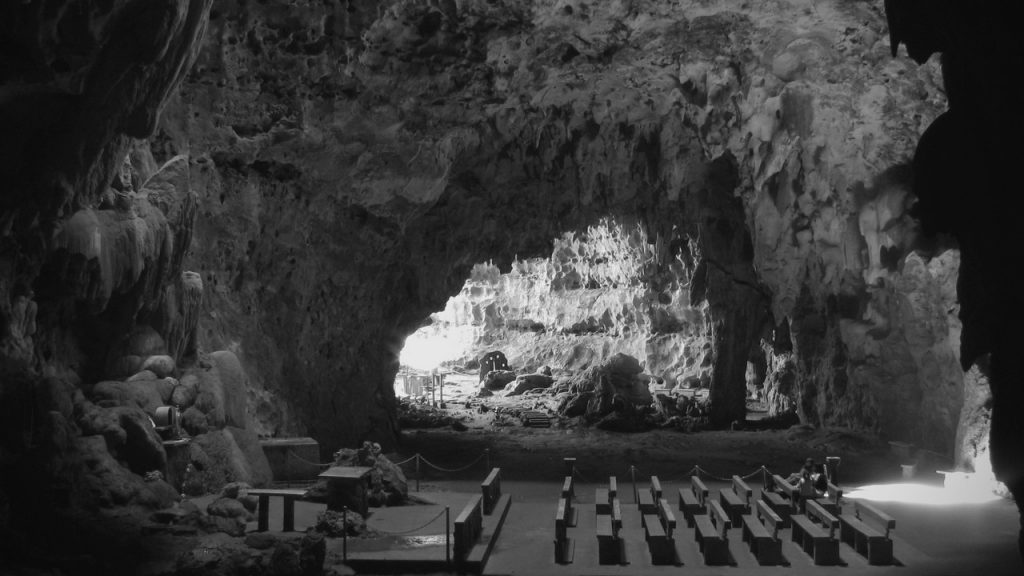 Callao Cave consists of 7 chambers, and the largest of which houses a lonely chapel that gets bathed in golden sunlight whenever light peeks through its natural limestone sunroof. After saying a prayer at the chapel, explore the wonders of the cave as bats squeak on top of you as they hang from the cave’s walls. And the perfect end to your tour in Callao just around sunset, the diaspora of a million bats from the cave and into the world outside. 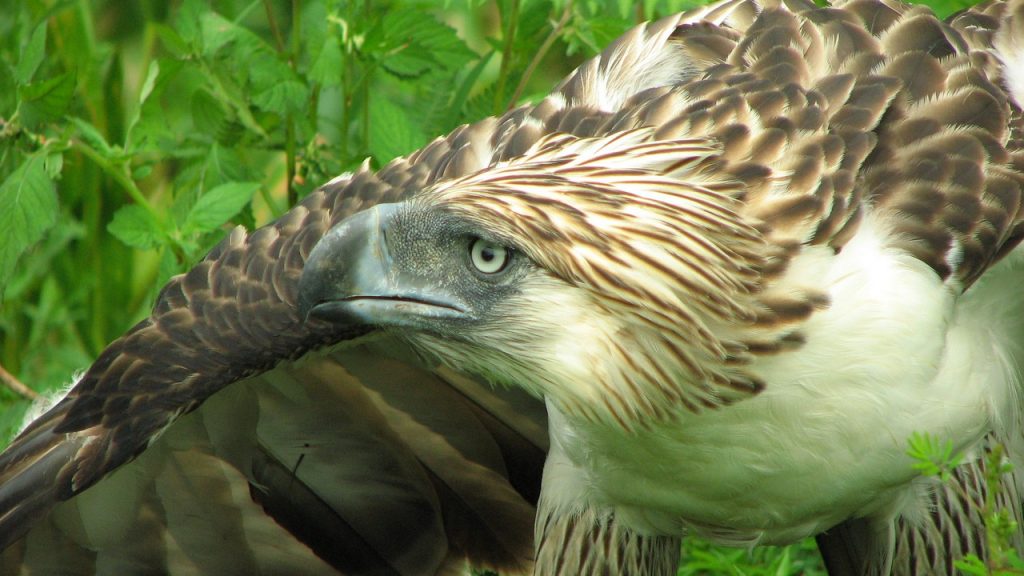 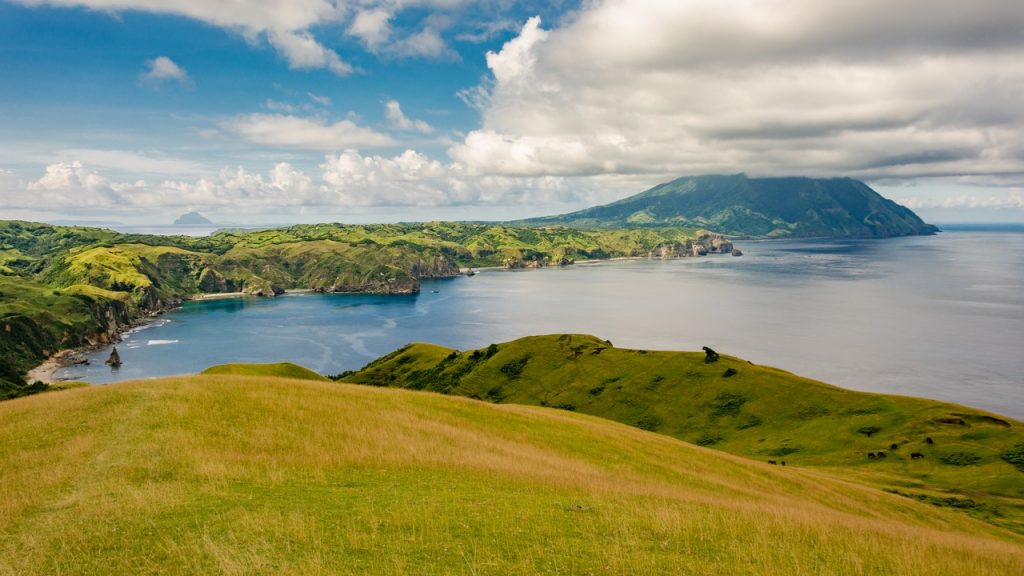 You can almost hear it. The timpani drums booming, horns blaring, along with the staccato of strings — the Magnificent Seven (Marlboro) theme song plays in the back of your head as you look over the rolling hills of Marlboro Country, Batanes. Cattle graze the evergreen meadows that look over into the sea and you are left speechless that such a place exists at the very edge of the Philippines. 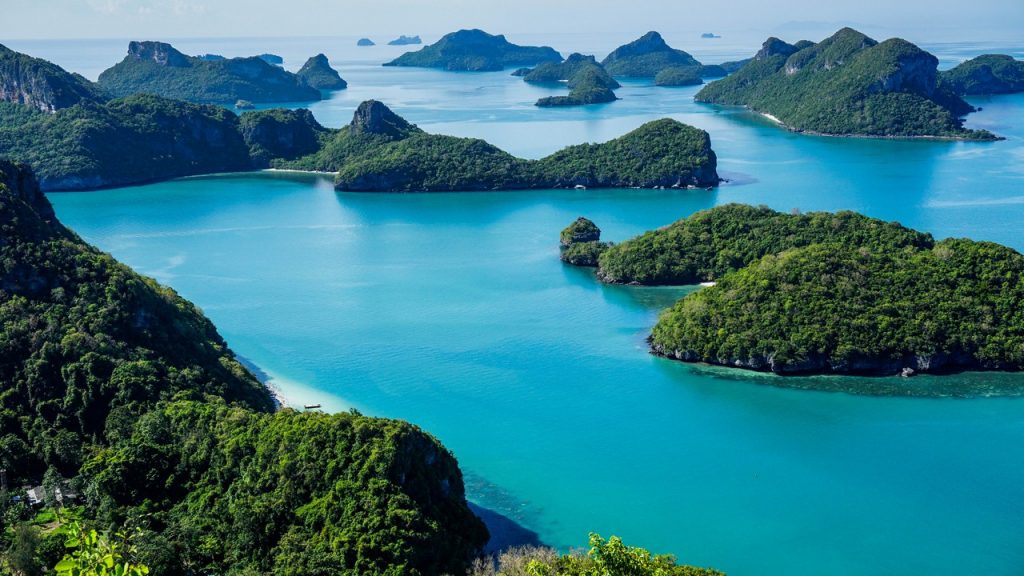 123 of the 7,107 islands that make up the Philippine archipelago can be found here in Hundred Islands National Park. It’s impossible to go through each and every island or to at least appreciate the cluster in a day, so take your time and spend a few days in them to lounge, swim, snorkel, and explore all its natural wonder.