Booking for : The Sights, Sounds, and Tastes of the City

The Sights, Sounds, and Tastes of the City

Every city in the world is unique. Each city has its own quirks, charms, and curiosities. For example, it’s interesting how Japanese culture and tradition are infused seamlessly into the ultramodern architecture of Tokyo, or how South Korea’s obsession with beauty reflects in their obsession on cosmetic shopping in Myeongdong, or how Hong Kong locals are so serious about work but also know how to throw the best parties, or how Paris is the most fashionable city in the world. Here’s a quick look into those four cities. 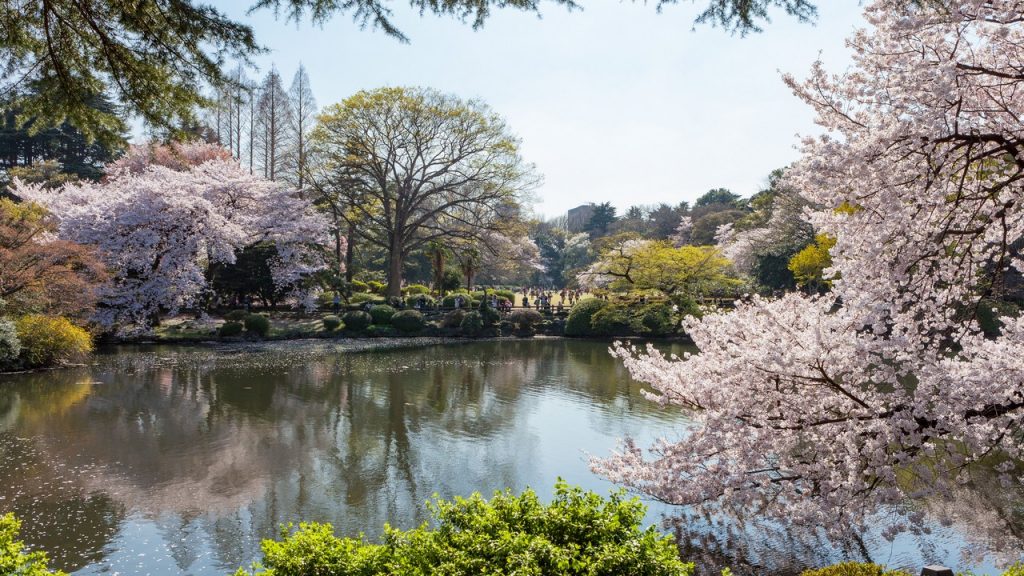 The Japanese love their gardens. In the midst of tall skyscrapers and busy salarymen, you will find Shinjuku Gyoen National Garden — one of the city’s most beautiful. Lined with cherry blossom trees are the sides of its centerpiece lake, this park is a regular place of solitude for locals. Be sure to visit during sakura season in early April. 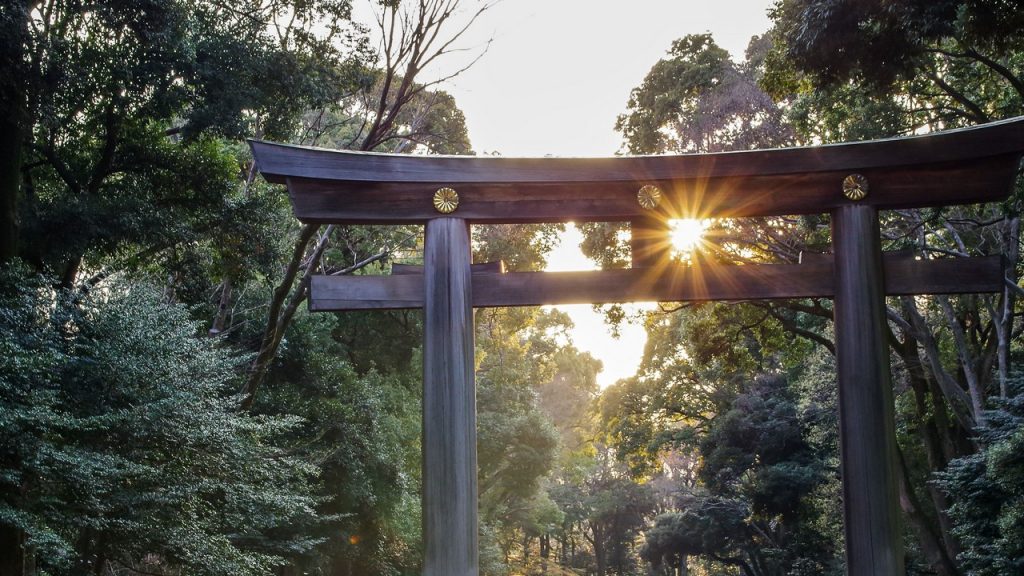 You don’t have to be religious to appreciate a good temple. This is Meiji temple, and in the photo is one of its giant torii gates. Built in 1921, its complex covers a total area of 70 hectares of lush forest. Much like Japan’s gardens, the entire Meiji complex serves as a place of solitude to its visitors. 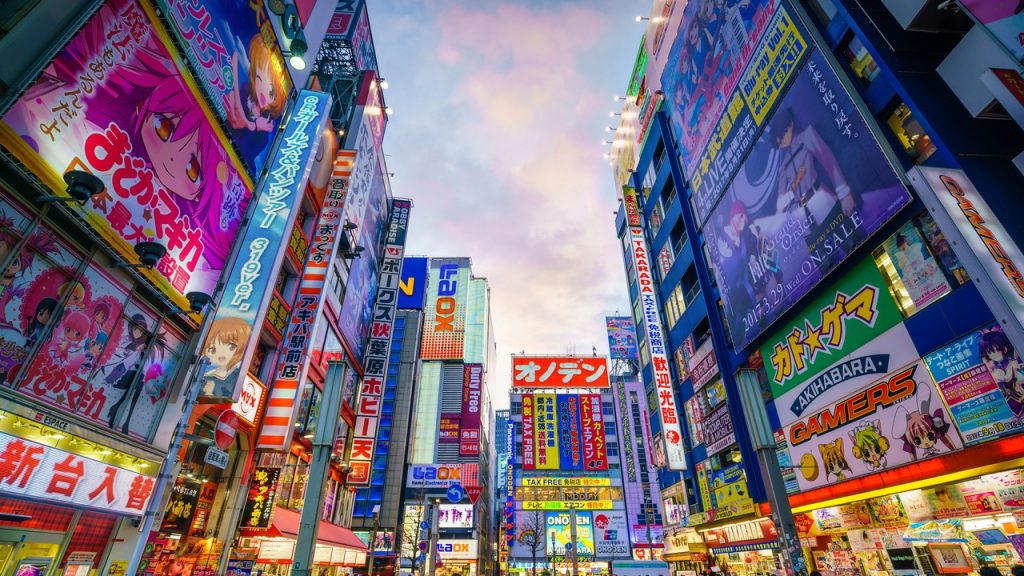 After you’ve had your fix of nature and temples, perhaps it’s time for some neon lights that Japan is so famous for. This is Akihabara, the mecca of gaming, anime, and everything otaku. No trip to Japan is ever complete without a stop at one of its most colorful and lively areas. 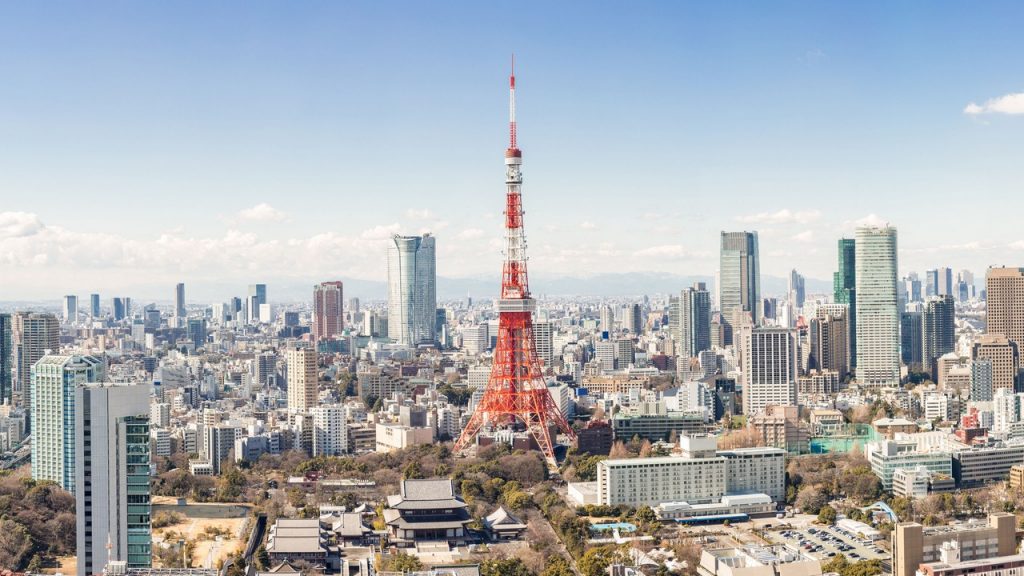 One way to appreciate Japan is by looking at it from an aerial vantage point. Mori Tower in Roppongi serves as a good spot to marvel at Tokyo’s skyline. On a clear day, you can even have a glimpse of the great Mt. Fuji from up here. 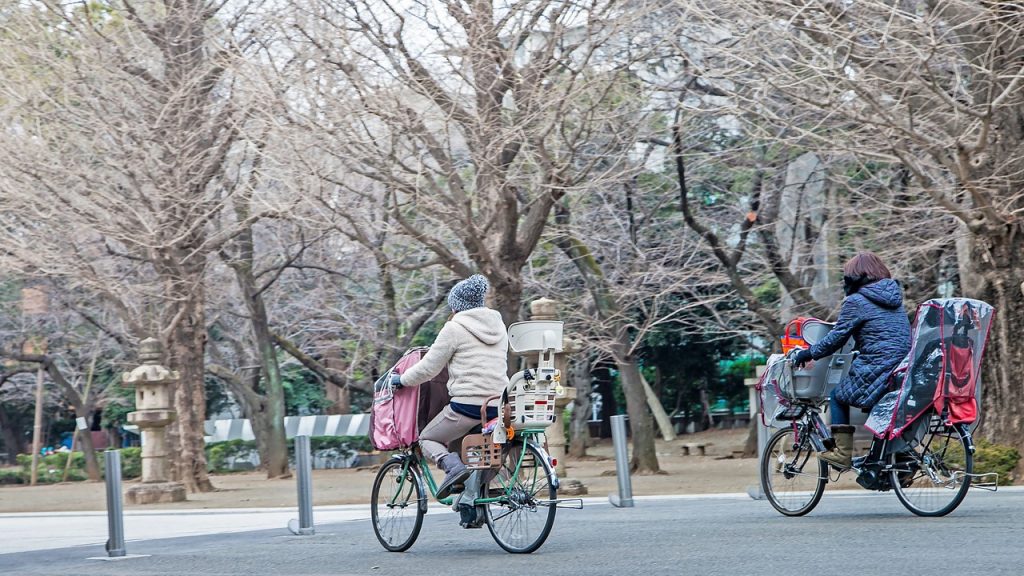 Japan is a bike-friendly country. 57% of the population take bikes to get to where they need to be. And biking makes for a very interesting way to get lost in the city and explore. 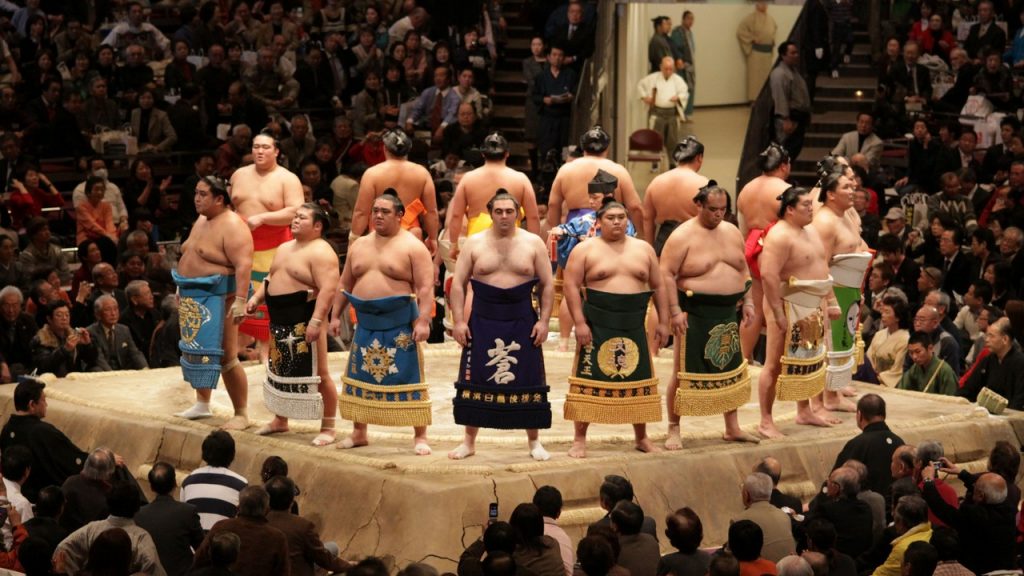 Sumo is evidence of how the Japanese value its culture and history. Still very popular today is the martial art, fascination has spilled over to pop culture thus making it one of the more sought after tourist attractions in all of Japan. Be sure to book tickets in advance because these events sell out fast! 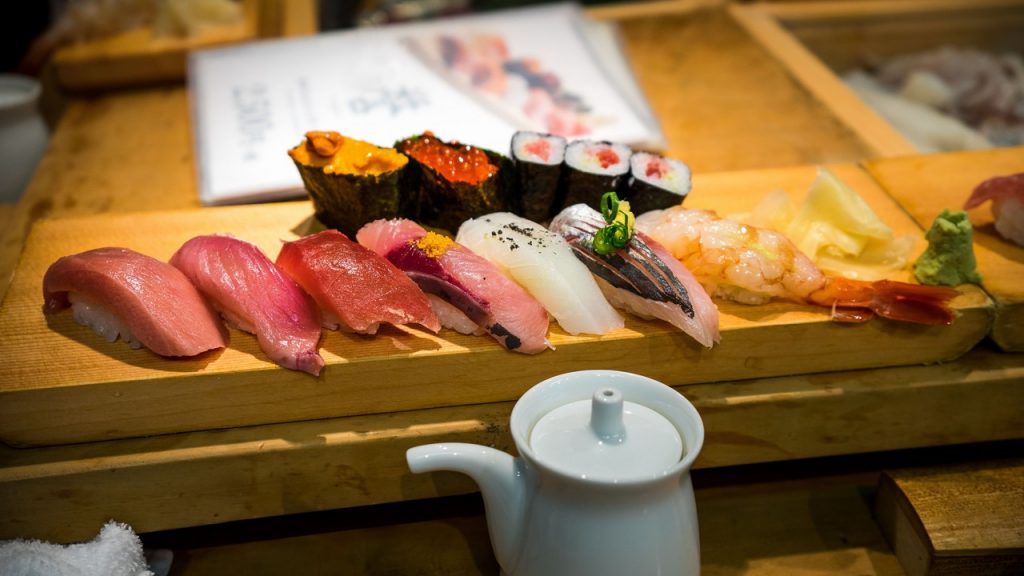 I have yet to encounter a restaurant in Japan that disappoints, but when it comes to sushi, nothing beats getting your fish straight from the source… Tsukiji Fish Market. And the freshest of tuna are served in the morning, making Tsukiji a popular place to dine in for breakfast. Fresh otoro (fatty tuna) and green tea go together like, well, otoro and green tea. 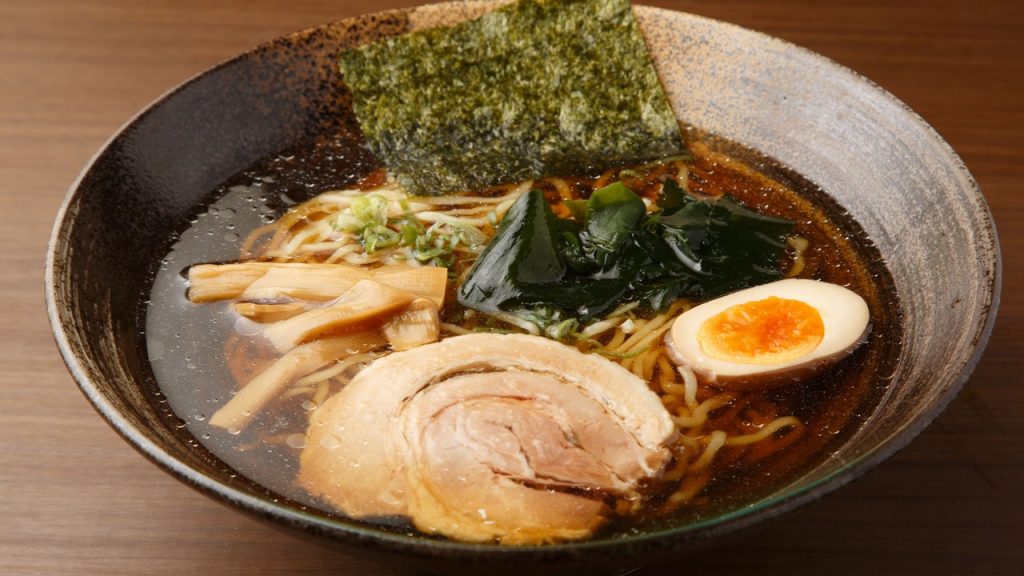 When you think about Japanese food, right after sushi comes ramen. And best bowl of ramen you can get is a simple shoyu (soy-based) pork broth ramen from Tsuta in Tokyo — a tiny, 7-seater ramen joint that has been awarded Japan’s first Michelin Star for ramen. 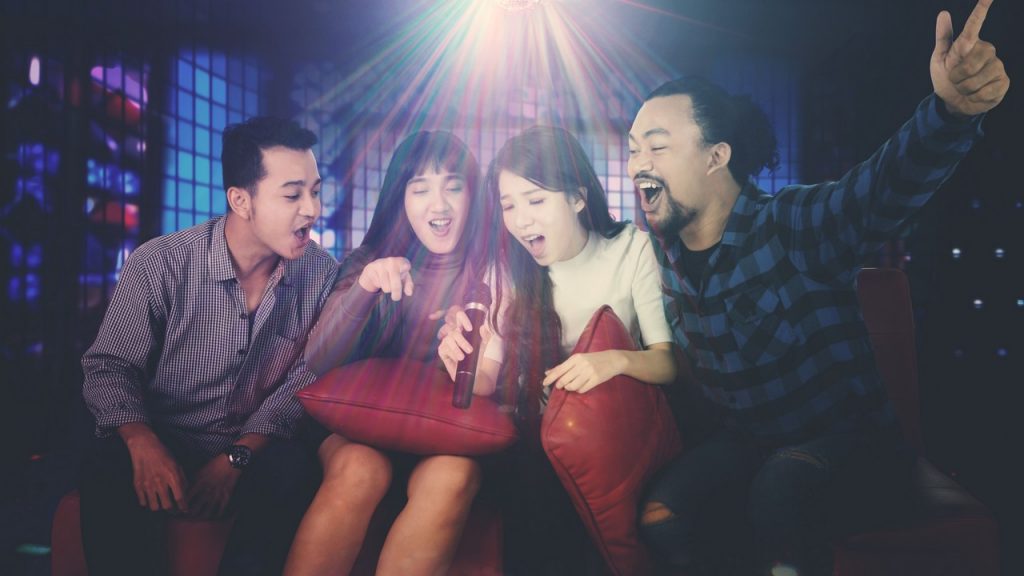 Karaoke. Possibly Japan’s greatest invention. It’s a pastime that cuts through language barriers. Sing your lungs out and chug down pints of beer with friends — this is the ultimate Japanese experience. 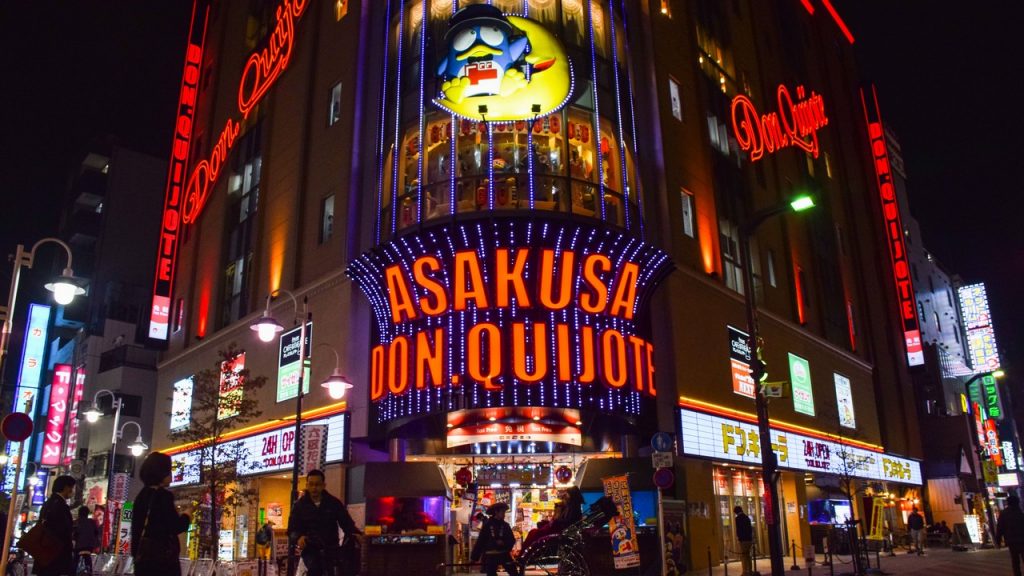 Finally, no trip to Tokyo is complete without a visit to Don Quijote, Japan’s biggest discount store chain — and by biggest, we mean biggest. The store has everything: from weird Japanese toys to socks to fresh food to cosmetics. This store really has it all! 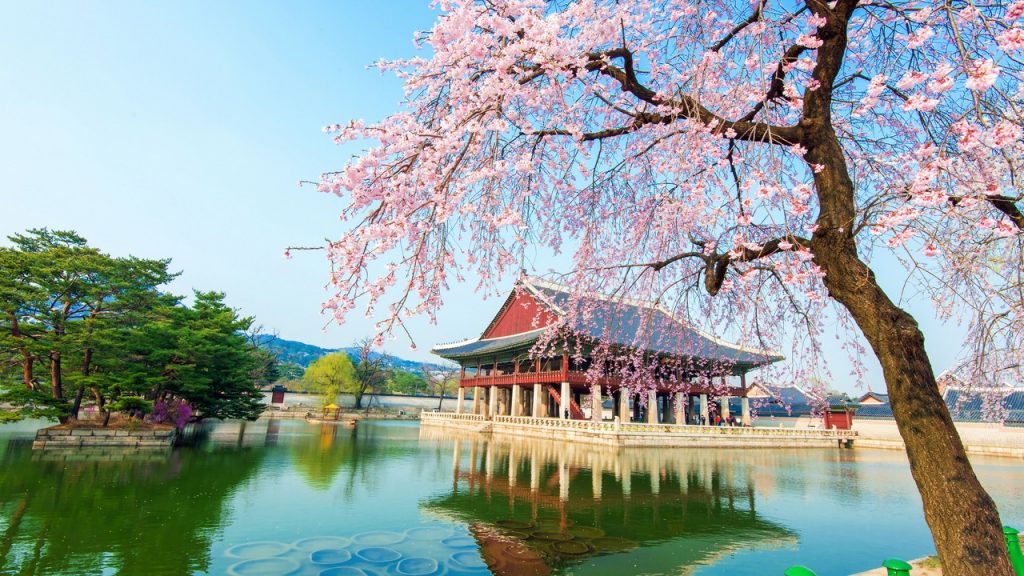 Let’s start with the historical part of Seoul. One of the most popular tourist spots here is Gyeongbokgung Palace. Built all the way back in 1395, it is the largest of the five palaces during the Joseon dynasty and stands right in the middle of busy Seoul — an interesting juxtaposition of Korea’s modern present and rich history. NOT TO BE MISSED: the daily guard changing ceremony. 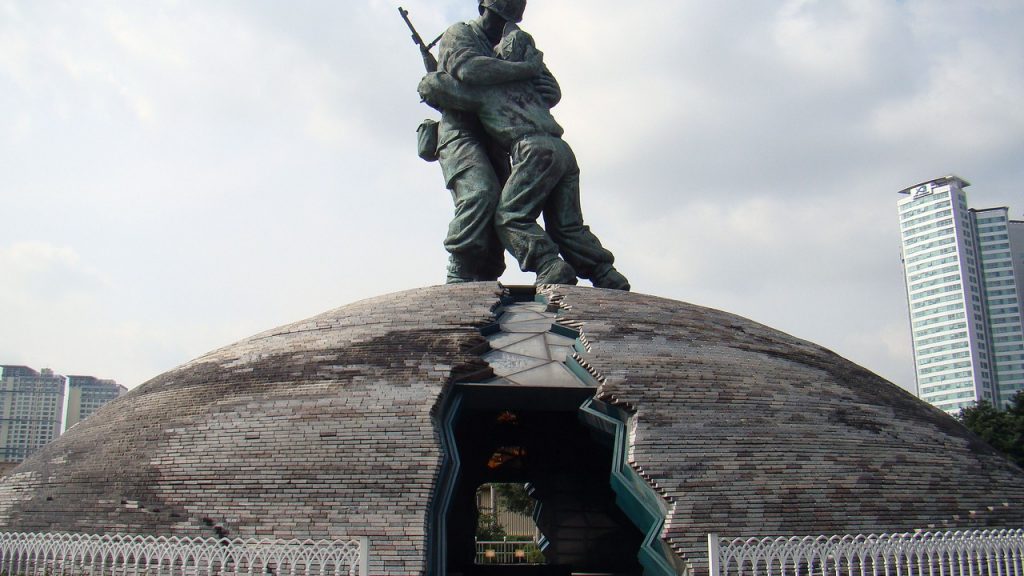 Korea’s history isn’t all that flowery. And one of the most important events in their history is the Korean War that split the nation into two warring factions: North Korea and South Korea. A visit to the War Memorial or the Demilitarized Zone is to pay respect to the fallen and send wishes that one day the North and South be one again. 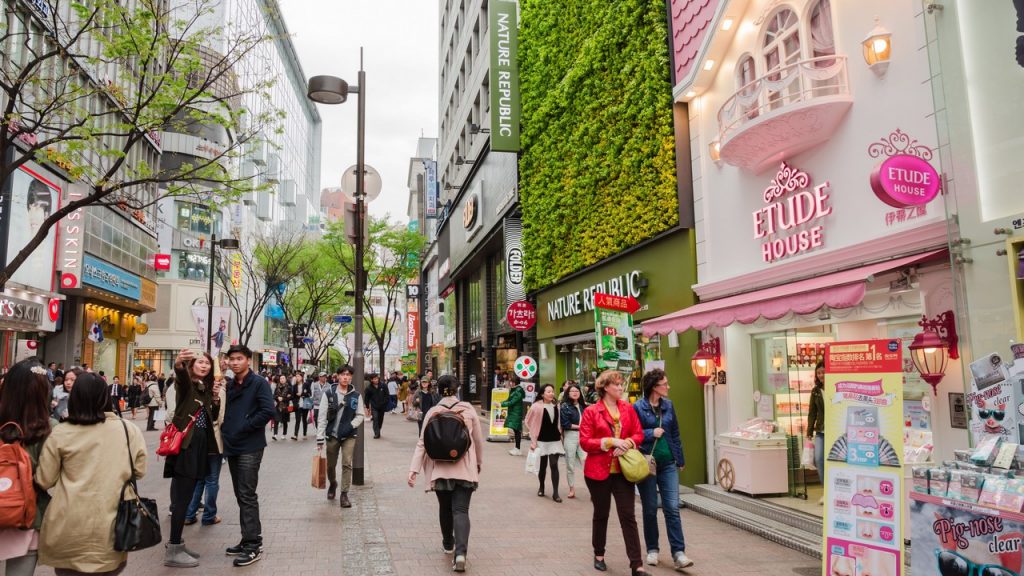 After a day of sightseeing, it’s time for some shopping at the world famous Myeongdong district. It’s everything you imagined Seoul to be — it’s bright, it’s loud, it’s colorful, overflowing with cosmetics, lots of shopping, and of course everything in there screams K-Pop! 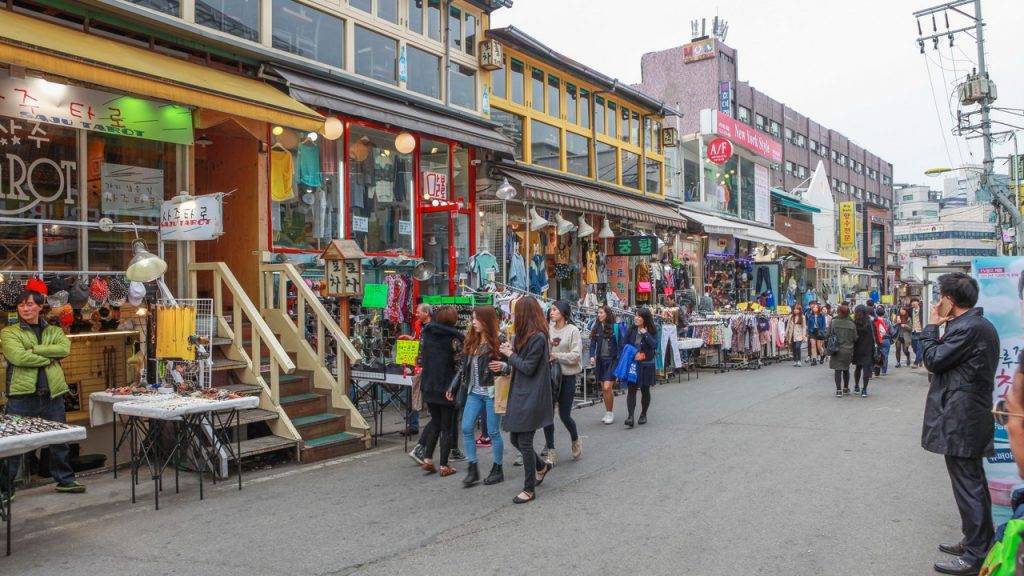 If none of the pop fanfare is for you, perhaps Hongdae University Street is for you. Located where most of Seoul’s universities are, Hongdae is the place to go for unique shopping finds and some of the hippest bars and restaurants in the entire country. 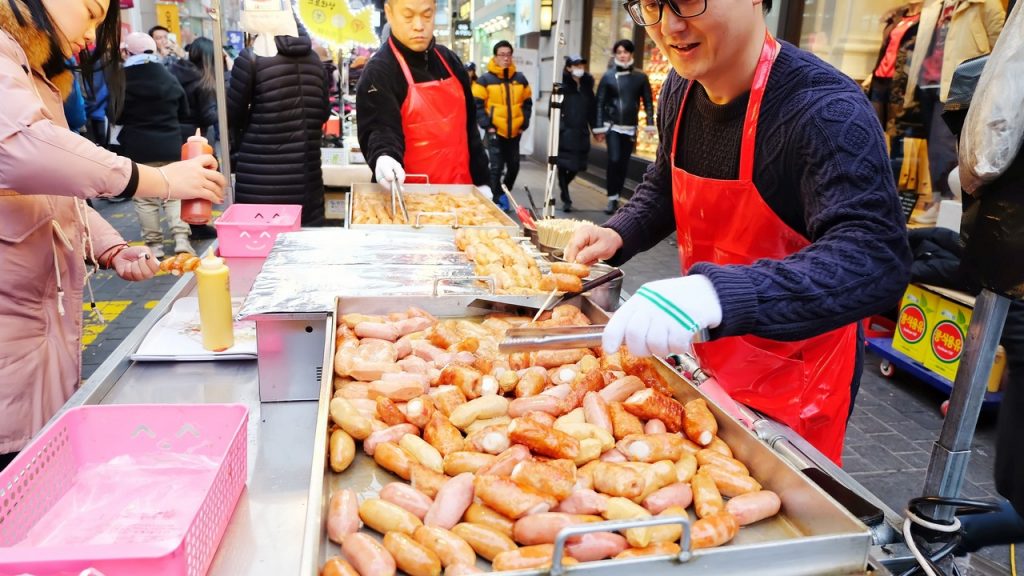 No trip to Seoul is complete without going on a food trip, of course! There’s more to Kimchi and Korean BBQ in Seoul, as it serves some of the tastiest street food like: tteokbokki (spicy rice cakes), baked cheese, tornado potato dogs, gimbap (Korean maki rolls), mandu (potstickers), Korean fried chicken (fondly called KFC by locals), and the famous Korean sundae soft serve. 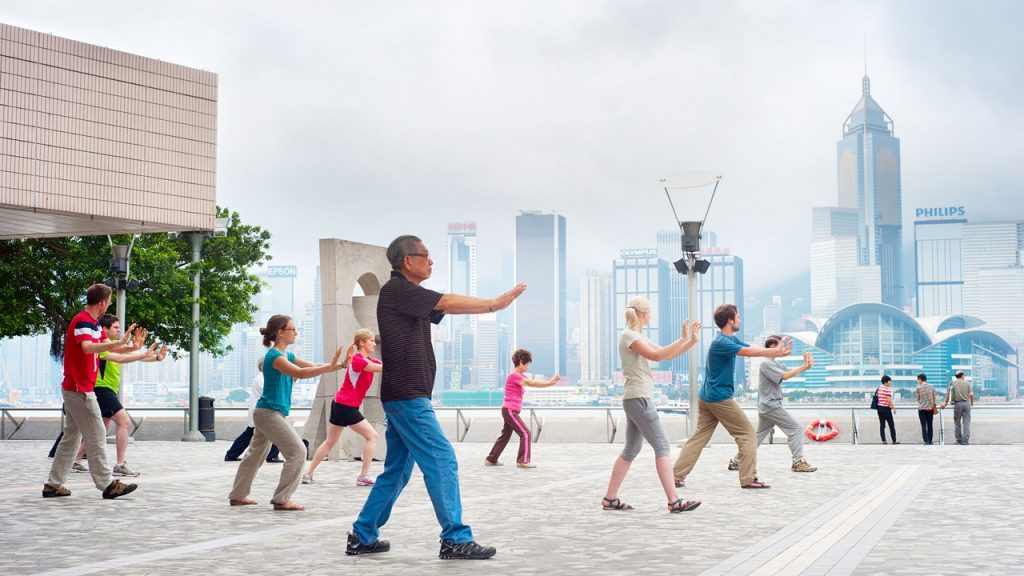 Hong Kong is one of the fastest moving economies in Asia. Everyone seems to be in a hurry to be somewhere at any given time. But not if you wake up early enough to see Hong Kong wake up to the motion of tai chi practitioners along the Tsim Tsa Tsui Waterfront. Anybody, yes, even foreigners, can join in for a free session of Tai Chi — just what everybody needs to gear up for yet another fast-paced day in bustling Hong Kong. 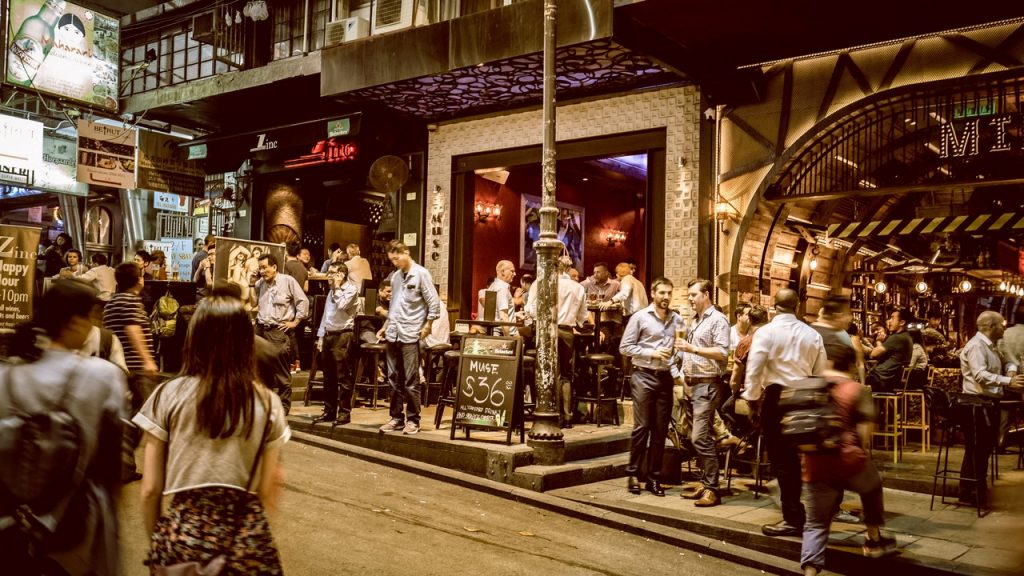 Come night time, after a long and busy day at work and school, Hong Kong locals know how to loosen up and let go. Everybody that’s looking for a fun night out in the city heads to Lan Kwai Fong, where all the hottest street parties and coolest bars can be found. LKF, as the locals call it, gives a new meaning to drinking and eating out. 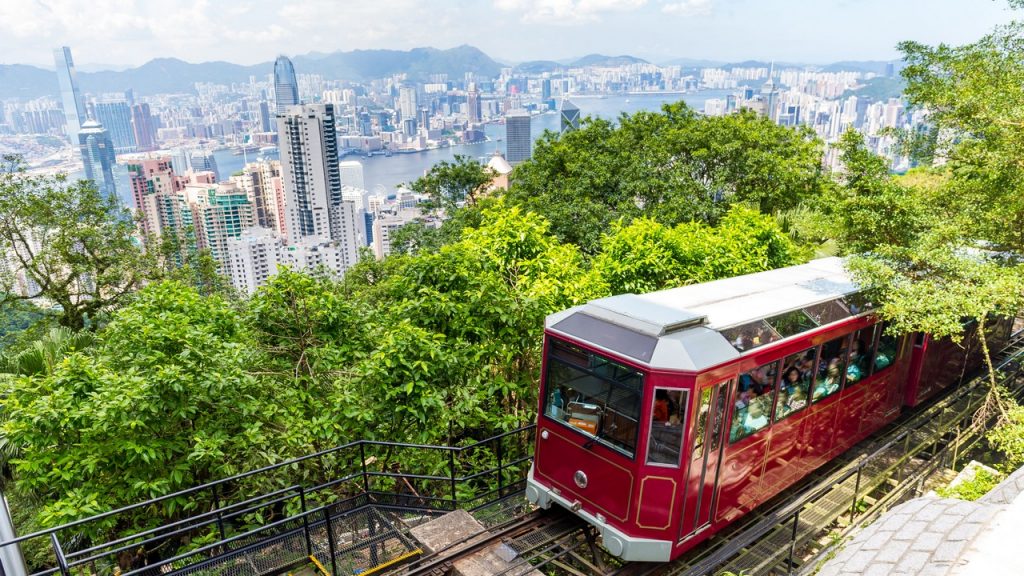 If it’s your first time in Hong Kong, be sure to pay a visit to Victoria Peak, Hong Kong’s highest point for a picturesque view of the entire city. The best part about going up Victoria Peak is taking Hong Kong’s oldest thrill ride, the old timey-inspired Victoria Tram. 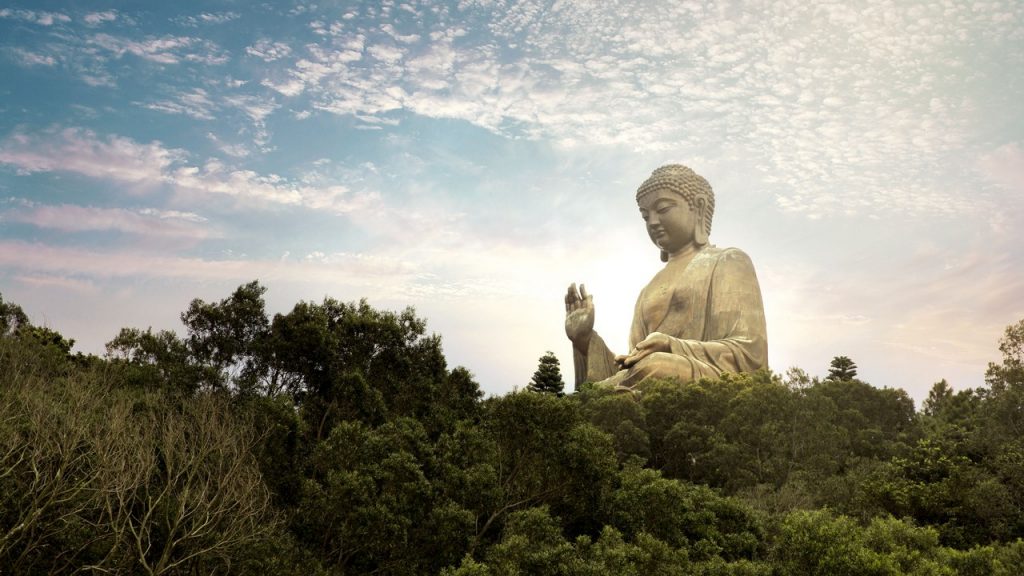 The Big Buddha in Lantau Island is a majestic sight to behold. Seeing the 34 meter tall Buddha sitting in the middle of a forest is a wonder in its own, drawing thousands of tourists and pilgrims alike each year. 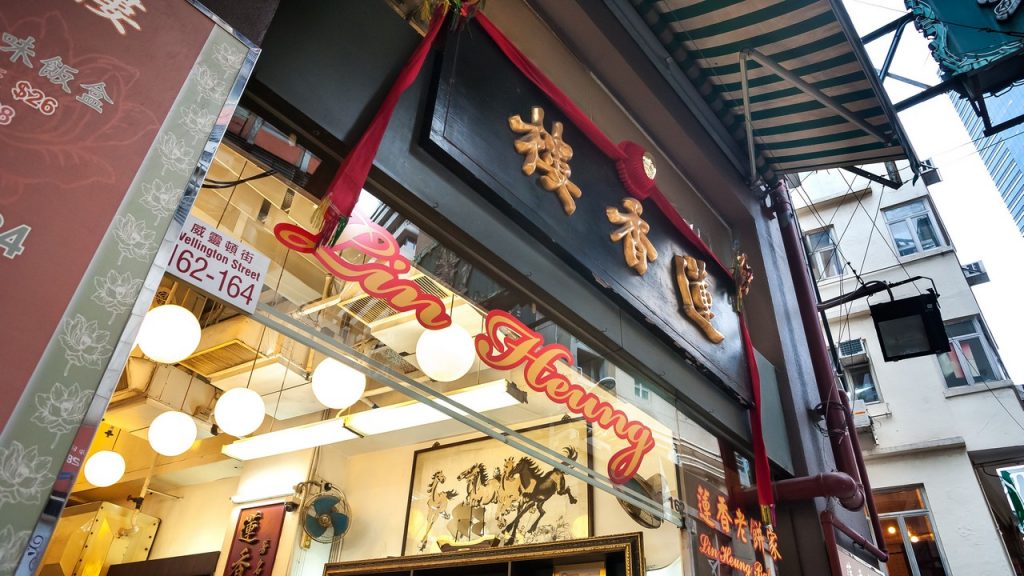 This is the place to go for dimsum in Hong Kong: Lin Heung Tea House. It doesn’t look like much at all. The interiors haven’t been altered since it opened in the 60s — and so haven’t their lotus paste buns and glutinous rice dumplings. This is a taste of the real Hong Kong, and there are a few of these places that are left standing. 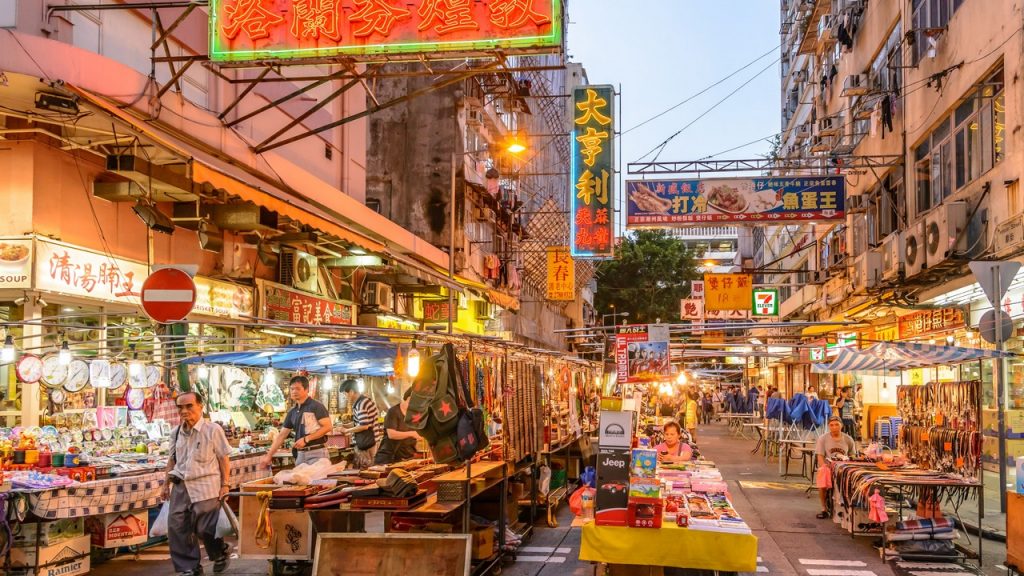 One of the busiest places in Hong Kong is the Temple Street Night Market. When the sun goes down, it’s rock and roll time as people start flooding the market area to haggle for the best prices on trinkets to teaware, electronics to antiques. But it’s not just all shopping here, as the food is equally great. Do not dare miss the street noodles and claypot rice! This vibrant area has been the backdrop of many Hong Kong produced films. 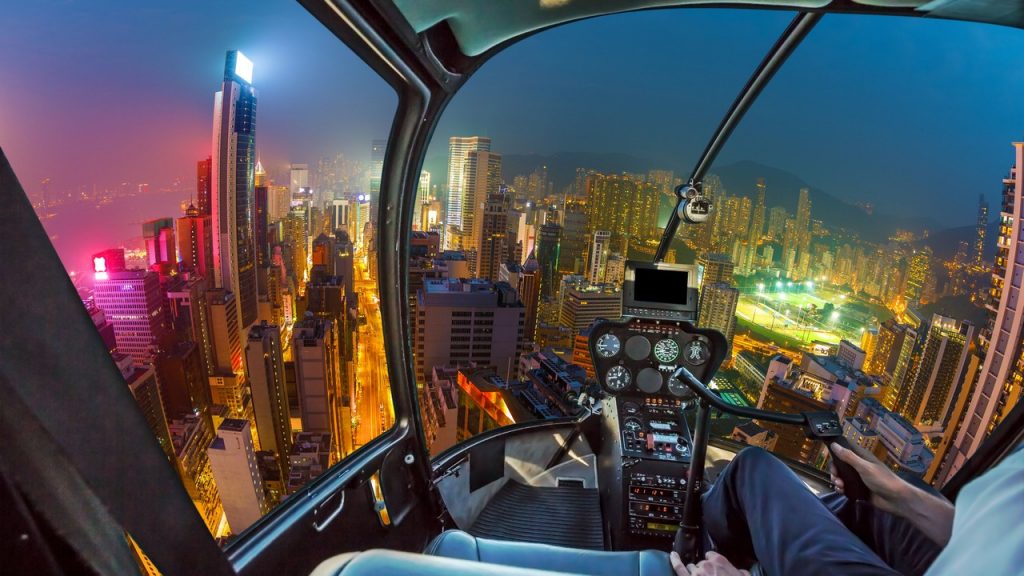 If you have some money to spare, the perfect end to your stay in Hong Kong would be to take a jaw-dropping heli-tour above the skyscrapers of the city at night. 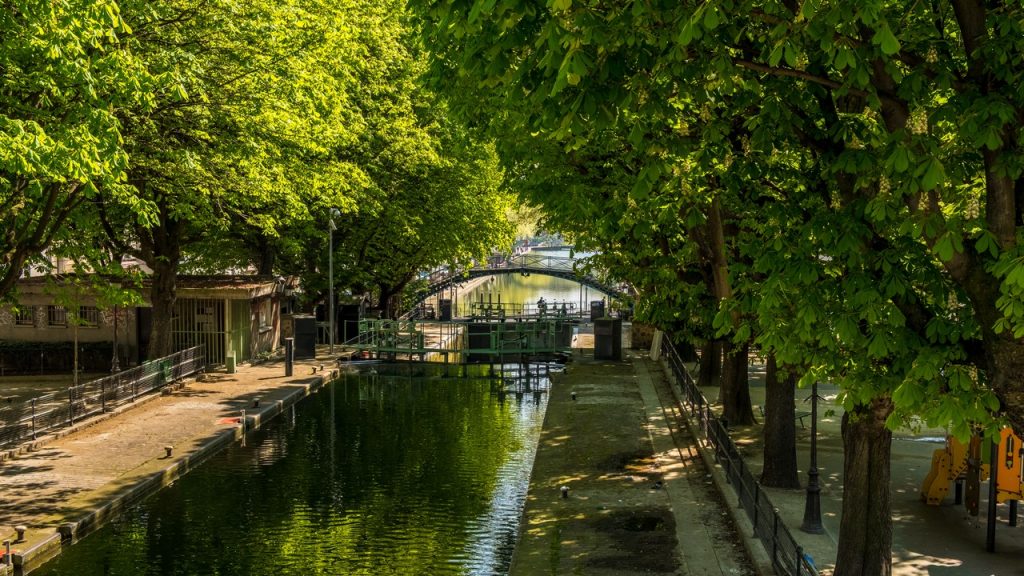 There’s so much to fall in love with in the City of Love. Even its canals are gorgeous! When in Paris, be sure to do what the Parisians do and spend some time at Canal Saint-Martin where walking up and down its beaten sidewalks open up to hidden courtyards, tiny groceries, and watering holes. At the end of the canal, you will find some of Paris’ music and science museums. 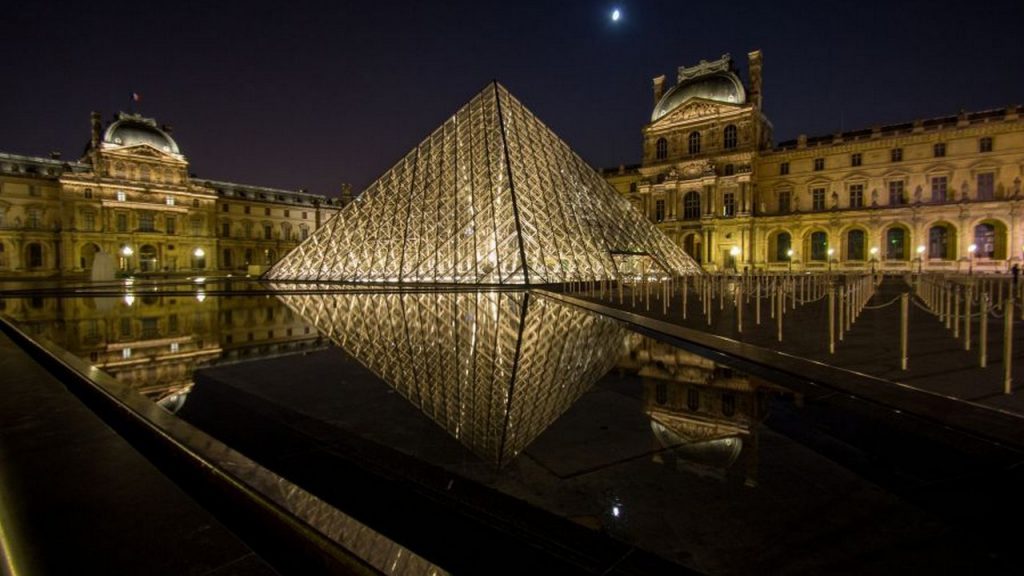 No trip to Paris is complete without a visit to the Louvre, arguably the most famous museum in the world. It houses pieces like the Mona Lisa, Venus De Milo, and other famous paintings by the renaissance masters. 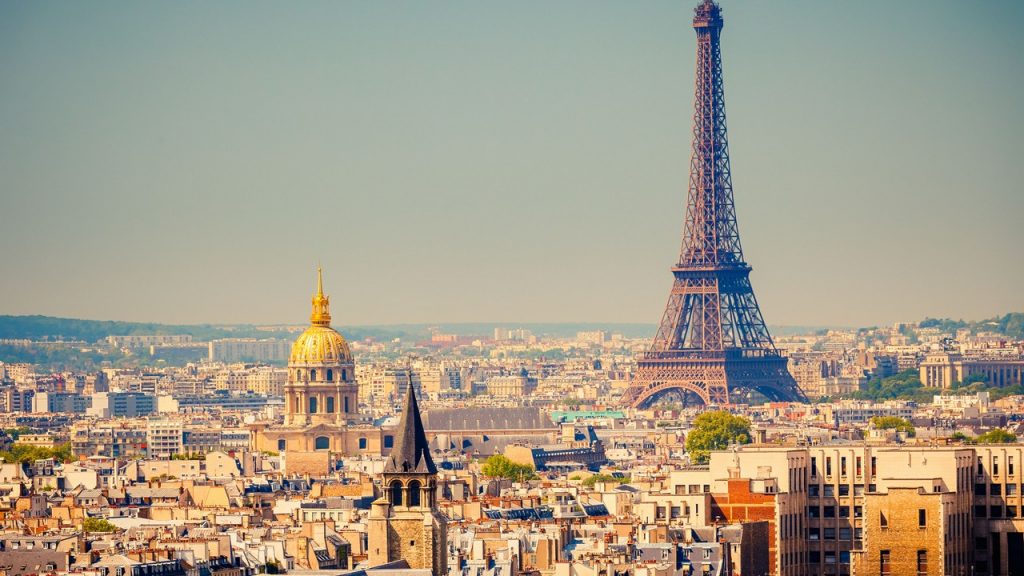 The secret to appreciating the Eiffel Tower, the symbol of Paris, is to view it from afar. Don’t spend hours in its complex — just find a nice vantage point of the tower and fall in love with it from afar as it sticks out of the Parisian skyline like a towering god. 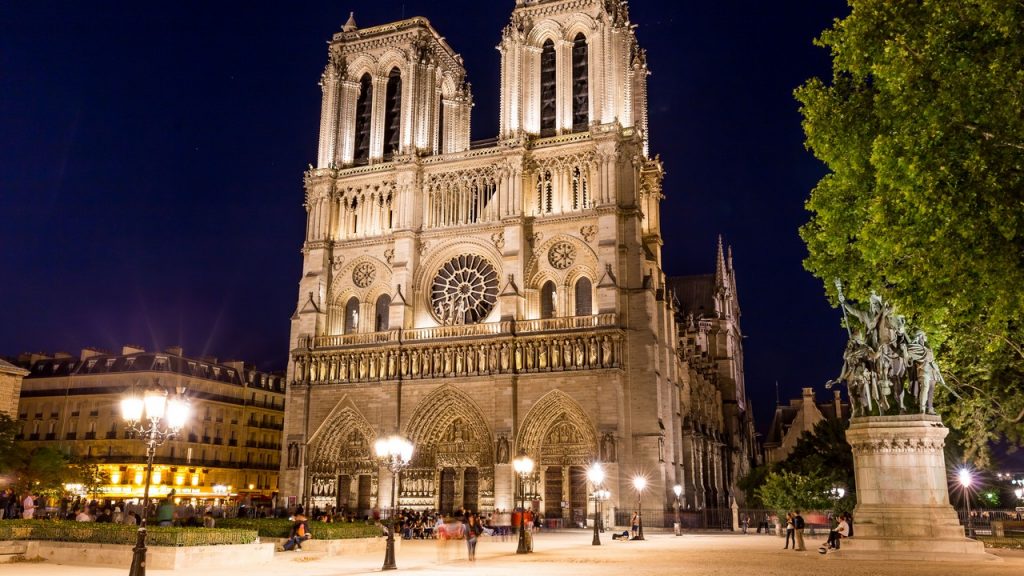 Made infinitely famous by Disney’s adaptation of the Victor Hugo classic ‘The Hunchback of Notre Dame’, the Notre Dame cathedral is an architectural marvel. Where religion and artistry meet, its walls are etched with intricate details from edge to edge. If you’re lucky, you’ll hear its bells being rung… unfortunately not by Quasimodo. 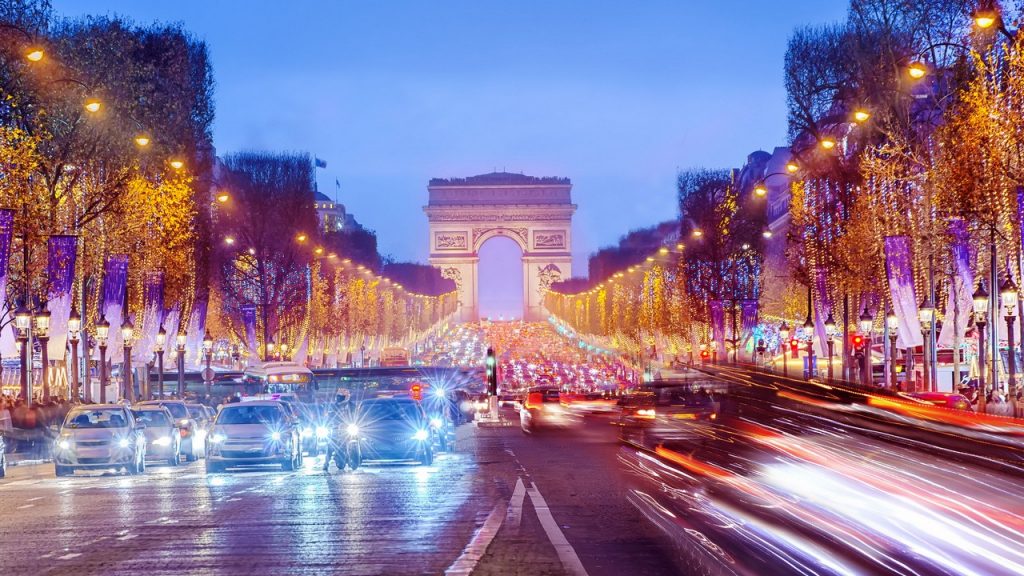 Champs Elysées is one of the most famous shopping districts not only in Paris but in the world. Towering over the main avenue is the Arc de Triomphe, and along its busy streets can be found Parisian designer brands like Chanel, Louis Vuitton, Hermes, you name it. They’re all here. 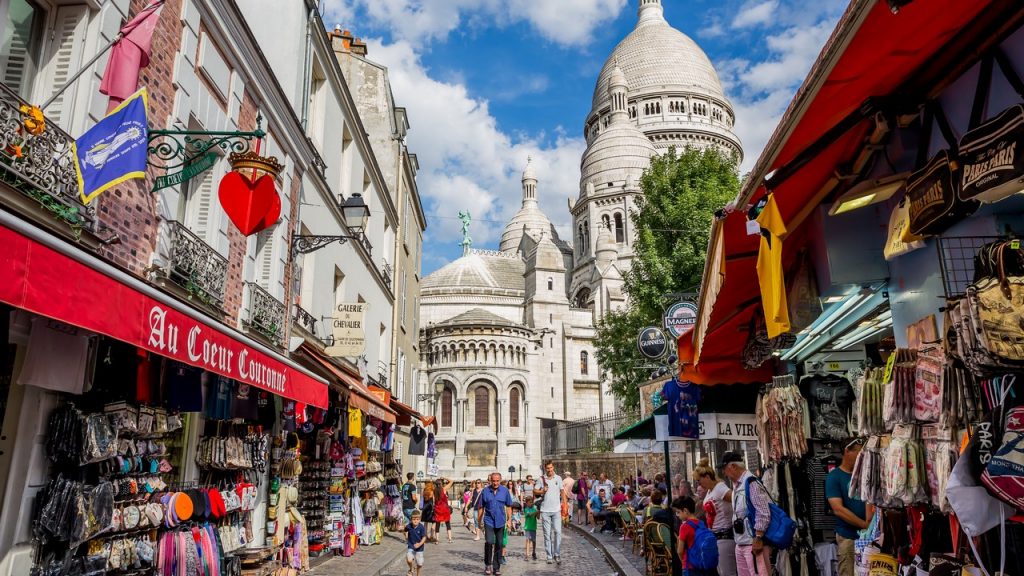 More shopping can be done at Montmartre Walk where you’ll see all sorts of little trinkets and souvenirs to bring back home and remind yourself that yes, you once walked the streets of the City of Love. 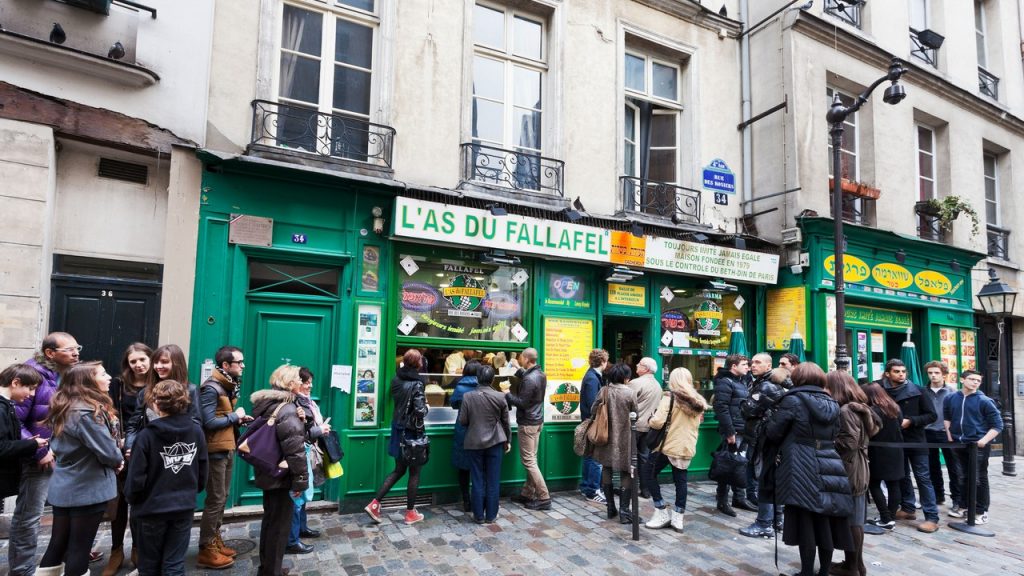 And lastly, speaking of love, you’ll love the food in Paris. From croissants to eclairs and macarons — you’ll love ‘em all! But did you know that Paris is also famous for its delicious falafels? Odd but true. That is why locals and tourists alike line up for minutes just to get their hands on L’as Du Fallafel’s world renown falafels.